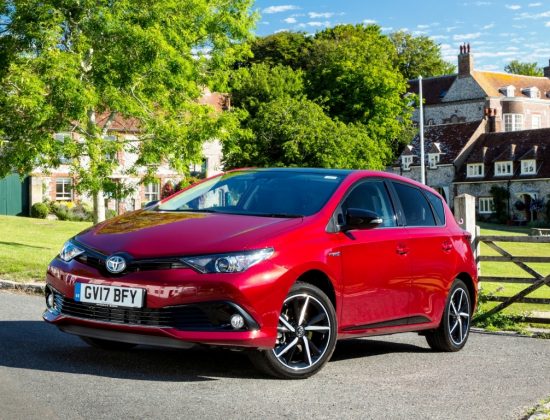 Toyota has just passed the 200,000 sales mark for petrol-electric hybrid models to UK customers ranging in model types from the Yaris supermini, the Auris mid-sized hatchbacks and estates, the larger Prius derivatives, the C-HR crossover and the RAV4 SUV.

In common with the latest Auris model year mild exterior styling, the GB25 variant has the revised front and rear ends to give it a more muscular look and to provide a bit more desirable kerb appeal.

There is a more prominent front bumper with a full width lower grille housing deep pods for the for the fog lights. A stronger looking rear bumper emphasises the width of the car. Viewed from the side the longer rear overhang elongates the car. There are new LED daytime running lights at the front and the rear LED light clusters use ‘signature’ indicator guide technology. A shark fin roof antenna completes the exterior re-styling but it still doesn’t stand of from the crowd of similar sized hatchbacks in a car park. 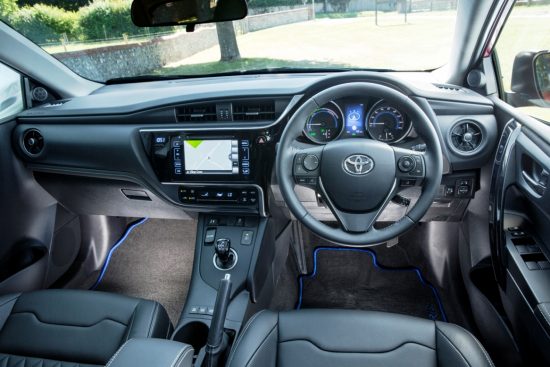 Inside the latest re-styling includes a general improvement in quality with the use of soft-touch grained materials for the dashboard with a more integrated design for the instruments. There is a stronger and sportier looking instrument binnacle with ‘tubed’ speedometer and tachometer dials either side of a 4.2-inch TFT multi-information screen.

The air vents, door handles and gear selector lever have a higher quality appearance adding to the move to a more premium interior environment. The soundproofing has also been improved in the bulkhead area and additional sealing has been added around the door areas to reduce roads and wind noise entering the cabin 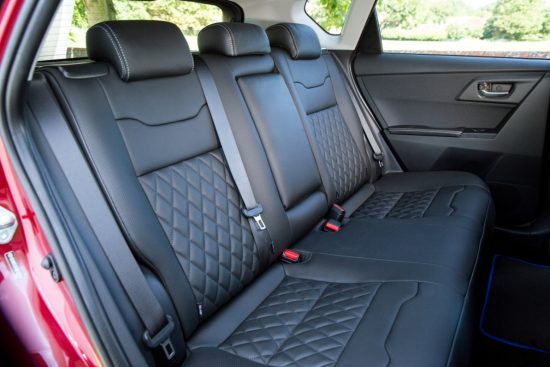 The cabin of the GB25 special edition hatchback is distinguished by black leather upholstery with a quilted finish for the backrest and cushion and contrast silver stitching – also featured on the armrests and dashboard trim.

The Toyota Touch 2 multimedia system has a seven-inch touchscreen centrally positioned in the fascia panel co-ordinating functions including the six-speaker audio system with DAB radio, Bluetooth for hands-free phone operation and music streaming and rear-view camera. Unfortunately the Toyota Touch 2 with Go sat-nav system is an extra cost option priced at £750.

Also fitted is the Toyota Safety Sense package which provides active systems that can help prevent an accident happening, or lessen the consequence if an impact does occur. Its features include a Pre-Crash Safety system with autonomous emergency braking, Automatic High Beam for the headlights, Road Sign Assist and Lane Departure Warning. 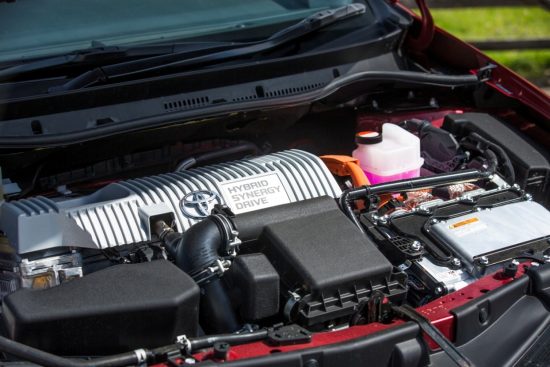 The efficiency potential of the Toyota 1.8-litre petrol-electric full hybrid powertrain is well known and the combination of petrol and electric power not only helps keep ownership costs down, reduces the environmental impact of day-to-day driving through low CO2 and NOx, but it does away with ‘range anxiety’ of pure electric models.

Also there is no down-time not driving because your car is being charged from the mains. But negatively it doesn’t have the plug-in facility that Toyota offers for some other models in their extensive range of petrol-electric hybrid models which improves real-life fuel economy considerably and increases the electric power only driving range from two to three miles to at least 10 times that amount.

The petrol-electric hybrid technology offers, in some circumstances, a quiet and relaxing drive, it’s easy to use, push the start button, engage drive, push the accelerator and off you go. I found it nicer to drive on local journeys in and around town traffic and around country roads at speeds up to 50mph, the petrol-electric system seemed to harvest battery power more effectively in those conditions. 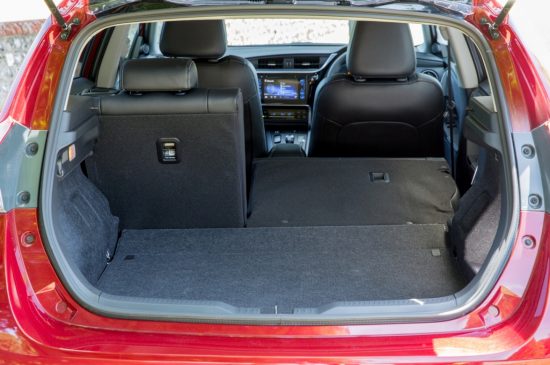 Under hard acceleration the engine becomes noisy, sounded strained and felt sluggish, exactly the opposite for local driving when it was quiet and responsive.

The system will automatically switch to electric power when possible (indicated by the green EV light illuminating in the instrument binnacle) to maximise efficiency. There are selectable EV, ECO and SPORT modes for the driver to choose from. 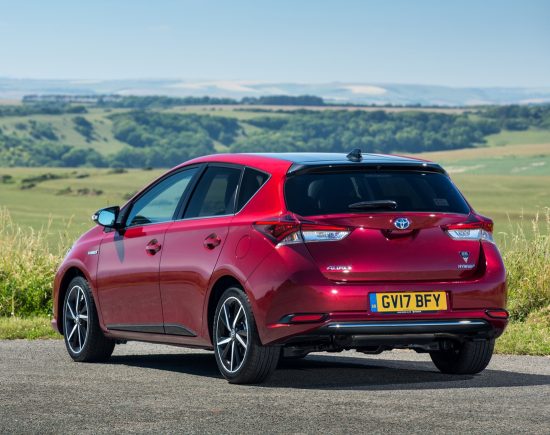 As you will be aware the demand for cleaner and greener cars, vans, lorries and buses is growing fuelled by world legislation to reduce emissions.

Toyota has been on that UK road since the year 2000 with their petrol-electric hybrids. The latest British built Auris hybrid is yet another step along-the-way.