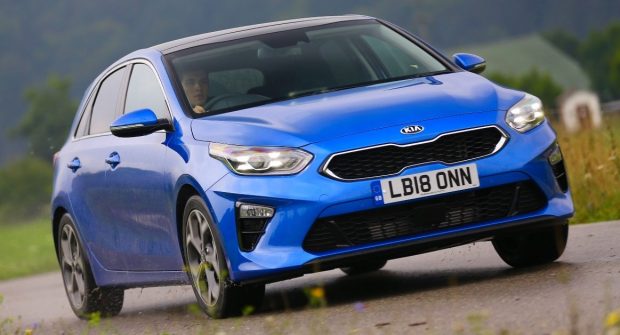 Formerly known as the Kia cee’d, the C-segment new generation five-door hatchbacks are now known as Ceed, with a capital C and no apostrophe.

When first introduced in 2006 the car was given the name cee’d meaning Community of Europe with European Design to promote the fact that it was built and designed in Europe and produced in  Slovakia. The lower case print style with its apostrophe was the marketing strategy to get the range recognised and remembered.

Over 1.3-million cee’ds were sold through the first two generation models, now the third generation Ceed is here. The outgoing cee’d accounted for 16% of Kia’s European new car sales last year and in the UK it is the brand’s third best selling range after the Sportage SUV and Picanto City Car. The new Ceed’s five door hatchback range went on sale in the UK in August with 17 derivatives shown on the price list based on three engine options, two transmissions and four trim lines. There is also a new Ceed Sportswagon estate with 13 variants listed

Prices for Ceed hatchbacks start from £18,295 and range up to £26,850. The new Ceed Sportwagon prices are £19,295 to £28,600.  The former pro_cee’d three door hatchbacks, although still on run-out sale, will not be replaced as a like-for-like models but in a new Shooting Brake configuration for sale early next year it was announced at the recent Paris Motor Show. It was also announced the Ceed range will be extended to include GT-Line specification levels for all versions, again from early next year. 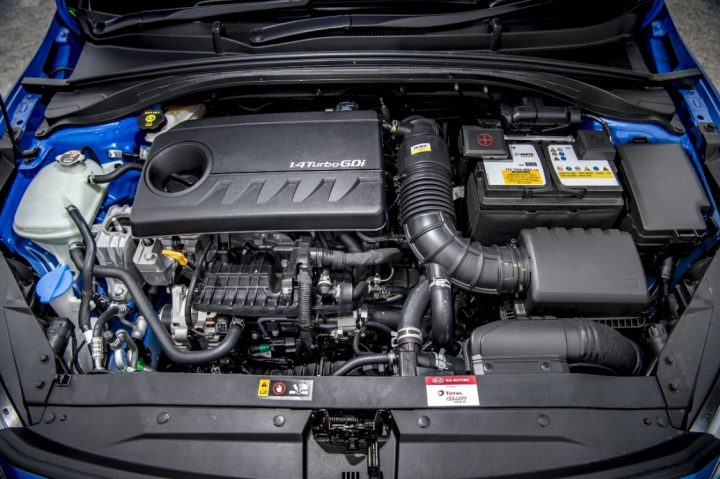 The new unit produces 4% more power at 138bhp despite its lower capacity and it has a wider torque band. There is also a new 1.6-litre CRDi common rail direct injection four cylinder turbodiesel engine with 114bhp. Each engine is paired with a six-speed manual transmission while the 1.4 T-GDi petrol and 1.6-litre CRDi diesel units are also available with Kia’s seven-speed dual clutch automatic gearbox option. 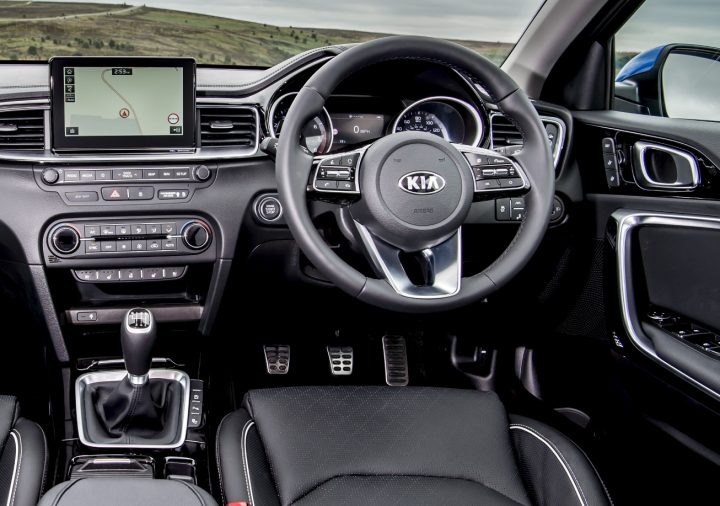 The four trim and equipment levels are; ‘2’, ‘Blue Edition’, ‘3’ and ‘First Edition’. My new Ceed test car version had the new 1.4 T-GDi 139bhp turbo petrol engine with the manual gearbox and was showcased with the top of the range First Edition specification priced at £25,750.

Like all Kia passenger cars the new Ceed is covered by their all-important 7-years/100,000-miles warranty which customers appreciate as it’s transferable between subsequent owners.  Competitor models include the all-new Ford Focus, the new VW Golf, the older but still popular Vauxhall Astra, the roomy Skoda Octavia and Hyundai’s i30 but there are more.

Constructed on Kia’s new K2 platform the Ceed is 20mm wider at 1,800mm and 23mm lower at 1,447mm than the outgoing version. With an overall length of 4,310mm the wheelbase remains the same as before at 2,650mm but the front overhang is 20mm shorter and the rear overhang is extended by 20mm helping to provide a larger 395-litre boot. 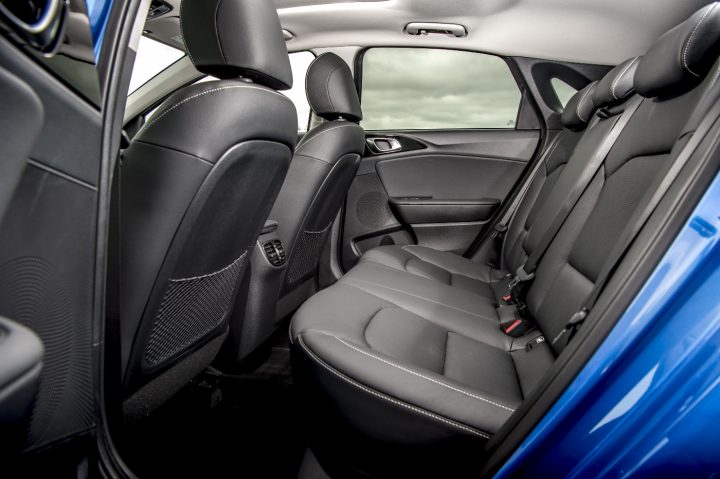 The dimension changes allow for more shoulder room in the rear, more headroom in the front and with a lower driving position. Styling-wise straight lines replace the rounded-off edges of its predecessor with sculptured side panels and bonnet, a wider more refined ‘tiger-nose’ grille and lower air-intake grille.

The standard fit LED daytime running lights have an ‘ice cube’ design which add to the new overall sharper and better proportioned and smart visual package, it looks more grown-up and mature.

Inside there is a noticeable improvement in the quality of the materials used with most trim surfaces being neat and soft-feel.  The fit and finish looks really impressive and the doors close shut with a higher quality ‘clunk’ to them. 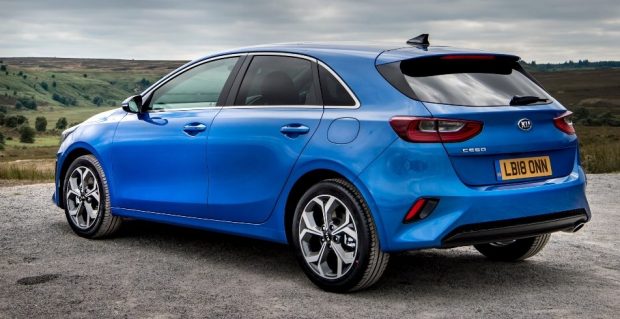 The new 1.4-litre, four cylinder direct-injection turbocharged petrol engine is quiet and refined and only sounds a shade on the harsh side at the top end of its rev-range, which due to the tall gearing, needs to be used at times.

It produces 138bhp but more importantly 242Nm of torque from just 1,500rpm right up to 3,200rpm. In the low to mid section of the powerband it is responsive for acceleration but for higher speed acceleration full use needs to be made of the gearbox. It becomes more relaxed once higher cruising speeds are reached in top gear.

Perhaps there are marginally faster engines of a similar capacity on the market but in reality this new engines meets the needs of the vast majority of users in its sector. 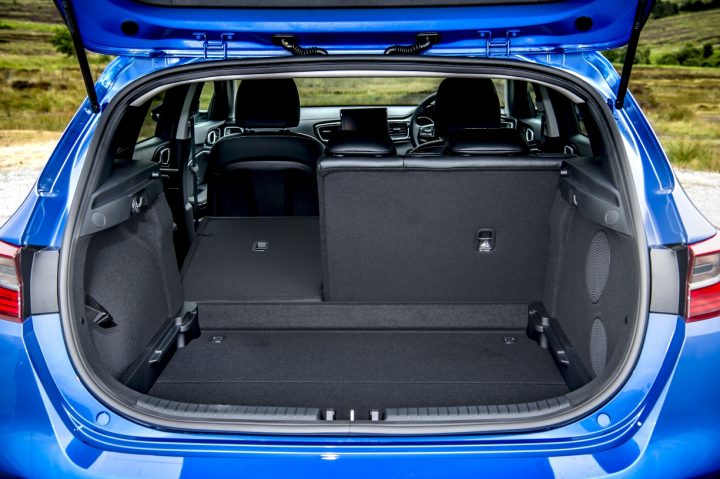 The engine doesn’t fall short with fuel economy either.  Officially in the new WLTP Combined Cycle the figure is 48.7mpg and for my week of driving the overall real-life figure was 44.3mpg and just a reminder this is a petrol engine we are talking about.

However the auto’s performance figures are a little poorer with a top speed of 128mph and zero to 62mph takes 8.9-seconds, too small to make much difference in driving performance so the added convenience of an auto gearbox holds no real penalties other than the extra purchase price.

No matter which version of the new Ceed is chosen a big plus for many users will be its ride comfort. It’s probably has the best compliant riding comfort of any car in its sector. That isn’t to say it’s the best handling, it isn’t, but it is comfortable as shocks from potholes are minimised and it rides flat and level with minimal road noise intrusion. 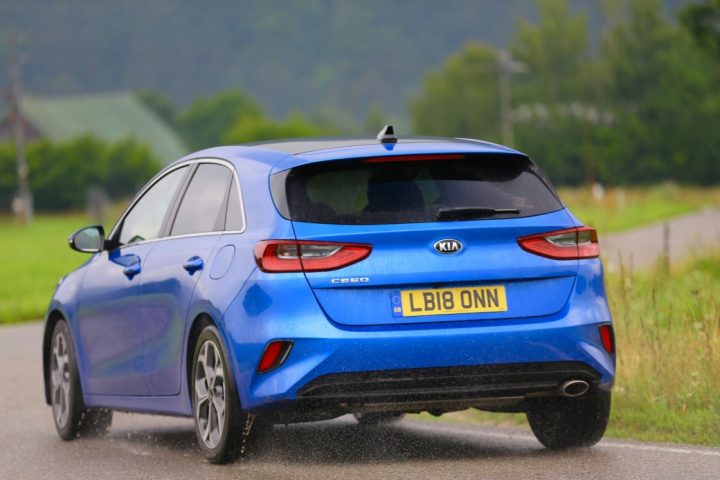 It is not as agile in the handling department as a Focus or Golf nor does the steering offer the same precise feedback to the driver but I’d opt for Ceed’s ride comfort anytime over a hard-riding, tiring to travel in family hatchback for most everyday journeys whether its leisure or work travel.

Overall the new Ceed is a very good, well rounded, well equipped impressive package and certainly it’s been added to my ‘recommended’ list of new cars in its sector.