Like their parent company BMW, MINI is keeping their ‘pedal to the metal’ by introducing a raft of additional derivatives of their core model ranges, says David Miles.

I interviewed Nicholas Griebner, Head of Product for MINI UK who said, “Last year one out of 50 new cars sold in the UK was a MINI and so far this year sales are up by a further 7%.”

In 2016 MINI sold a record 70,000 new cars with the three door Hatch remaining the most popular taking 35% of sales, the five door Hatch 30%, Clubman estate 15%, Countryman 10% ( normally 15% but lower due to the changeover period between new versions) and the Convertible 10%.

Running through the latest offerings in the range, Nicholas Griebner said that the MINI John Cooper Challenge, a John Cooper Works three door Hatch with Performance Pack, had a production run of just 50 units and all were sold except two. This limited edition model is available for the UK market only.   It has a 2.0-litre turbo 210hp petrol engine, manual transmission with a torque biased limited slip differential, adjustable suspension dampers, adjustable ride height and lightweight wheels and is priced at £30,445. 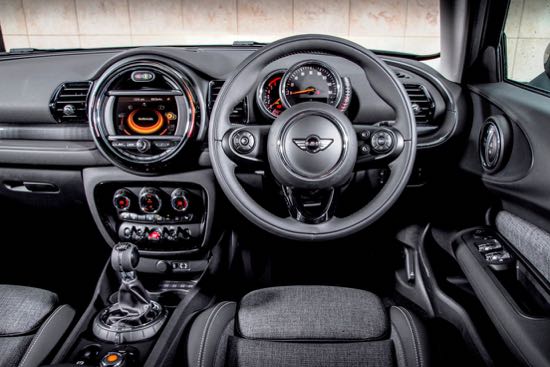 My test version was the relatively new C-segment Clubman but with the new Black Pack specification Cooper variant with its 1.5-litre, three cylinder turbo petrol engine and to be honest you would really not know this is a three-pot unit instead of a ‘four’.

With 136hp, but more importantly 230Nm of torque delivered from a low (for a petrol engine) 1,250rpm, the performance was lively and really responsive and the engine was quiet. It was brisk for acceleration with zero to 62mph taking 9.1-seconds with a top speed of 127mph. My test car had a six speed manual gearbox with well-spaced gear ratios. Given the torque available at low rpm engine speeds, the vehicle felt responsive at low speeds in top gear and brisk underway once traffic was cleared with lively acceleration through the mid-range. The fuel economy was impressive as well.

Driving over a route of country roads, with some stop-start in town traffic, the vehicle returned an impressive 51.5mpg against the official Combined Cycle figure of 55.4mpg, which was very good. With CO2 emissions of 121g/km VED road tax is £160 First Year rate then £140 Standard Rate thereafter. Company car drivers will pay 23% Benefit-in-Kind tax. Unless you are a really high mileage driver there is no point in paying more money to choose the Cooper D diesel model. 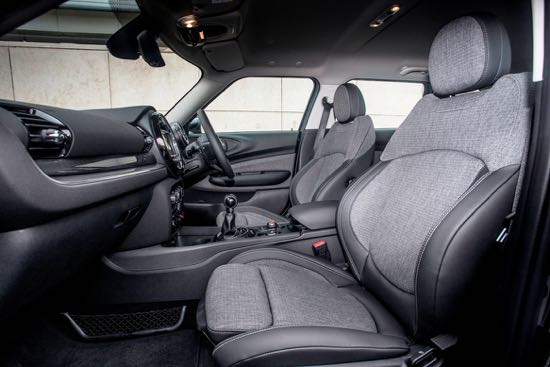 The Clubman, like other new generation MINI models, uses the latest BMW Group compact car platform so it is larger than the first generation and more user friendly be it for family or business use. MINI has high hopes for the Clubman in the company car market although it still lags behind the popularity of the Hatchbacks with demand driven by retail buyers. There is growing demand however for the bulkier looking Countryman models as SUVs are the current favourites for new car buyers. 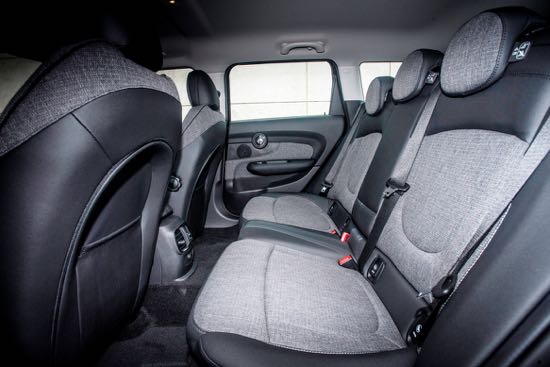 This generation Clubman with its longer length of 4,253mm, 1,800mm wide stance, four passenger doors and unique twin side hinged rear ‘barn’ doors is a really practical vehicle to live with. With all the five seats in use there is a boot space of 360-litres and when folded down this space increases to 1,250-litres.

Inside it’s all about quality. The Clubman, like all other new generation MINIs, is like being inside a BMW. High quality fit-and-finish, comfortable supportive seats, nice controls and a good level of specification neatly enhanced by the Piano Black trim inserts. 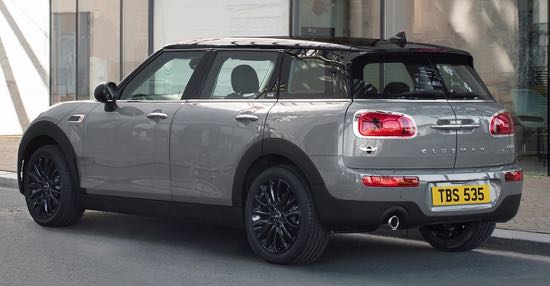 It’s a nicely balanced car as well due to its longer wheelbase, not as nimble perhaps as a MINI Hatch but overall the ride comfort is more refined. The new Black Pack specification just adds that even more exclusive level of high class specification and this petrol Cooper version is relatively not that expensive, something it isn’t always possible to say about modern day MINIs.