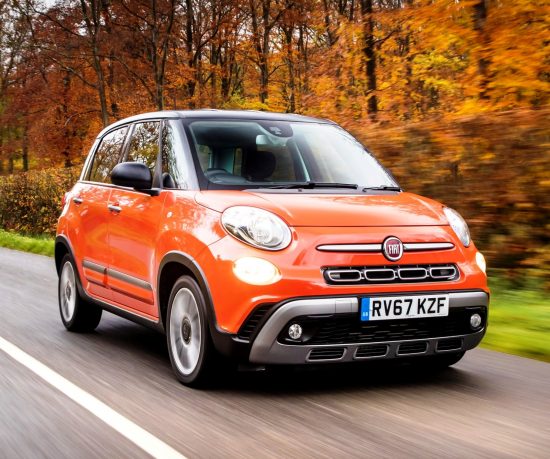 That generation was a modern interpretation of the original Fiat 500, also known as The Cinquecento, launched 60 years ago in 1957.   The family was further extended in 2015 with the introduction of the Fiat 500X Crossover.

The Fiat 500L was introduced as a five seater MPV and included a seven seat MPW (Multi Purpose Wagon) derivative but the growing demand for SUV styled vehicles has more or less matched the loss in sales for MPVs. The new range reflects the changing demands of customers and now comprises of chunkier styled Urban and Cross five seater versions and the renamed Wagon seven seater. Although not totally ‘new’ 40% of all components are new for the latest 500L models say Fiat. 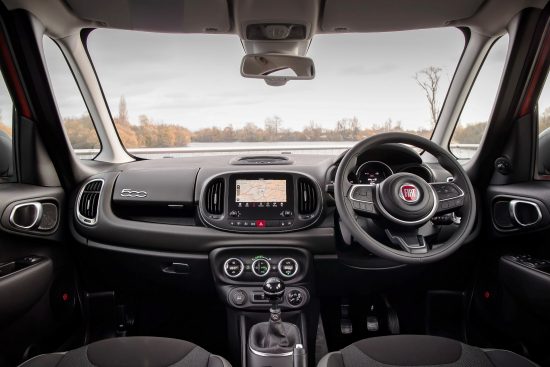 Inside the 500L is completely new with many of the changes made as a result of customer feedback. The front quarter A-pillars are now a twin design with glass between the two uprights to improved visibility. There is a new design of dashboard carrying the ‘500’ logo, a restyled multi-function steering wheel designed to provide better visibility of the instrument binnacle which now has a 3.5-inch colour info screen between to two circular dials.

The centre console has larger storage compartments, the introduction of an armrest, the handbrake is positioned for right hand drive and the gearlever is placed higher for greater driving comfort.

Internal space is impressive considering the vehicle’s overall length of 4,147mm, width is less so at 1,784mm and the height of 1,667mm gives good headroom for the sliding rear seat passengers, or middle row for the Wagon version. The two foldout rear seats in the Wagon are only really of use for small children due to headroom. Boot volume with the rear seat in the forward position is 455-litres for the Urban and Cross models. The boot on the Wagon offers up to 493-litres when the two additional seats are folded. With the rear seats folded and tumbled, capacity rises to 1,480 litres for Urban and Cross and 1,509 litres for the Wagon. 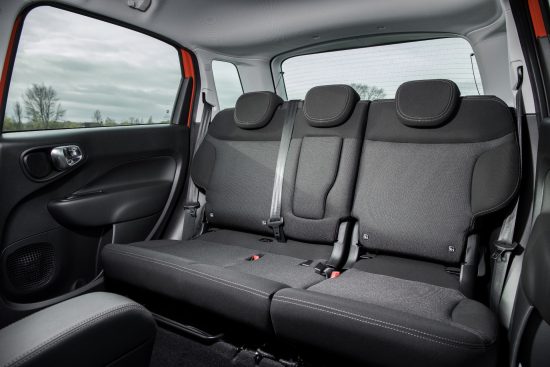 There are also a number of customisation packs which unfortunately means the Autonomous City Brake function is part of the £250 extra cost safety pack and not standard as it should be for a family car and the Apple CarPlay and Android Auto connectivity function pack costs and extra £150, not much in real terms but all these extras add up.

As for driveability, unfortunately the likely best selling £16,195 Urban Pop Star 1.4 95hp petrol model wasn’t at this week’s UK media launch where Fiat clearly wanted to showcase higher spec versions. I settled for the next best option – the £18,945 Lounge 1.4 T-Jet 120hp petrol model but with a list of ‘up-selling’ extra cost options the price of the test car was £22,570.

On the plus side the 1.4 turbo petrol engine is the most appealing of all the engines on offer with the Fiat diesels notoriously noisy and of course diesel is not flavour of the year any longer. This four-cylinder 120hp unit provides a reasonable amount of torque of 215Nm at 2,500rpm which is not as competitive as other new generation smaller capacity turbo petrol engines. It was quiet-ish, has a top speed of 117mph and zero to 62mph takes 10.2 seconds. The six-speed manual gearchange was a bit notchy though and the steering light so it was easy to park. 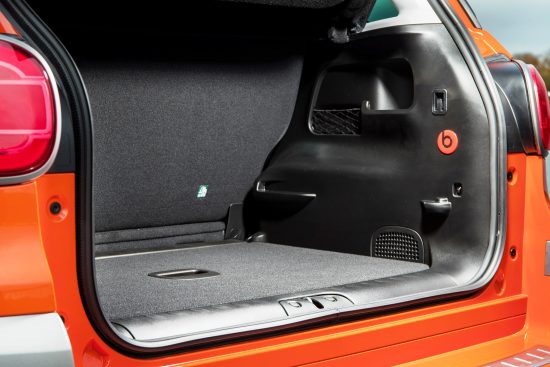 Officially this unit will return 42.2mpg but on our test drive around Windsor’s urban roads and the M4/M25 motorways, the real-life figure was a disappointing 26.9mpg and we didn’t drive the vehicle very hard at all given the traffic conditions. The CO2 emissions are high as well at 155g/km so VED costs are very costly at £500 First Year rate and then £140 Standard rate. Company car drivers will pay 30% Benefit-in-Kind tax but insurance is reasonable rated as Group 15E. In conclusion I can see the latest 500L being sold on styling and family carrying practicalities rather than performance and the steep running costs might be a deterrent as well.

The vehicle handled adequately enough despite its narrow width and tall height. There was some cornering body-roll but not enough to upset the passengers. The ride comfort was better on open roads as around urban roads and town streets the broken road surfaces and speed-humps unsettled the ride and resonated inside the cabin. The doors open wide so access is easy and the changes to the interior design, the positioning of the gearlever and handbrake and the better front visibility because of the new twin A-pillars are all plus points. 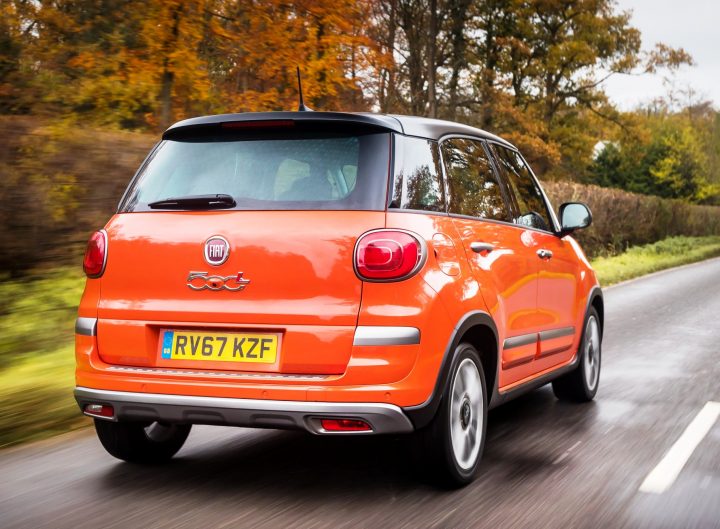 The Fiat 500L in whatever one of the three forms you might consider looks good but it has too many compromises in terms of the specification you get for your money and not having very competitive low running cost petrol engines, the diesels are better but noisy. It’s unfortunately not going to resurrect sales of MPVs in a market dominated by SUVs and Crossovers.

For: Appealing distinctive looks, practical and versatile seating, good equipment level for top versions but at a high cost, easy to drive

Against: Some safety equipment such as Autonomous Braking should be standard fit for a people-carrier, high emissions and running costs for petrol engines, diesel engines noisy, unsettled ride on urban roads.