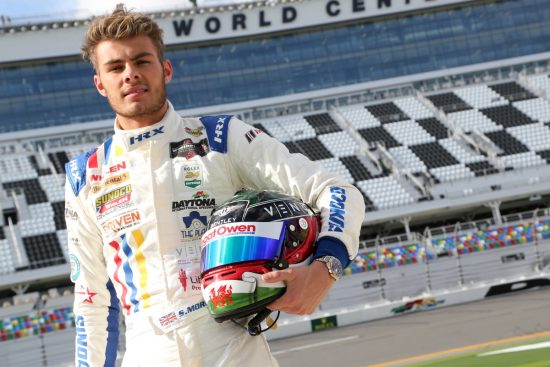 He put in a truly memorable performance behind the wheel of the No.31 Cadillac DPi-VR prototype when wet weather swept over the track.

Competing as part of the crack Action Express Racing squad alongside Eric Curran, Dane Cameron and Mike Conway, having been awarded the drive as his prize for winning last year’s Sunoco Whelen Challenge, the 21-year-old Welshman more than played his part during the demanding encounter.

Making marked progress during the build-up to the event, with the help of his vastly experienced team-mates and the crew at Action Express Racing, Marford driver Seb turned heads during his maiden race Stateside and first ever twice-round-the-clock contest – leading the action during the early going.

Taking the lead of the race at the three-hour mark during his first stint on Saturday afternoon, when he returned to the contest for his second run later in the evening the heavens had opened and he reveled in the wet conditions, circulating at up to four seconds per lap quicker than his challengers.

Sadly, hopes of a potential podium result faded as a result of a series of issues which struck the No.31 car. First, contact from a backmarker when team-mate Curran was at the wheel led to an enforced pit-stop and triggered the beginning of a run of misfortune.

More dramas arose as the race unfolded, including a lengthy delay in the pits to facilitate repairs for problems which were a legacy of the initial incident. Into the second half of the race, more laps were lost when the Cadillac developed shifter problems but the pace and potential of the Action Express car was undeniable. In the end, the car took the finish sixth in class and in 14th position overall. 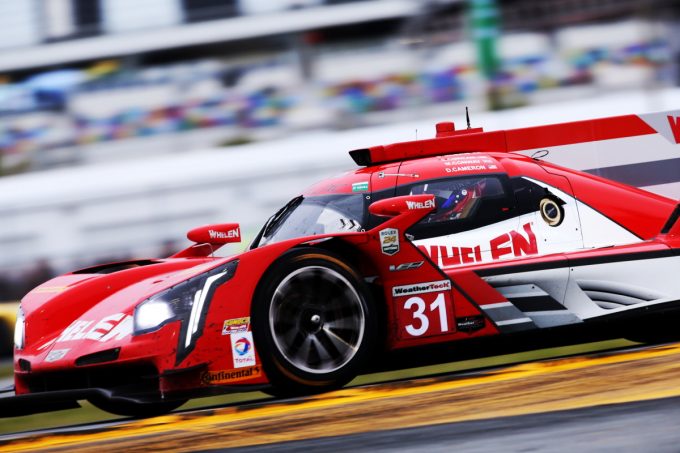