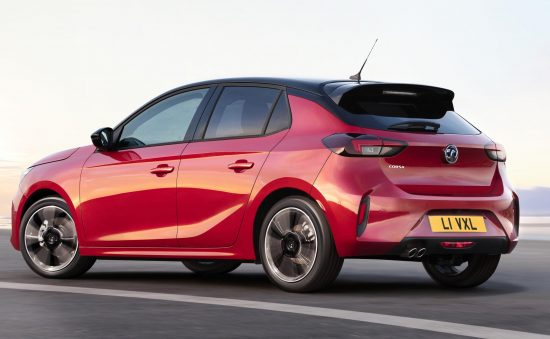 Vauxhall’s fifth generation Corsa with a new range of high efficiency petrol and diesel powertrains from the parent PSA Group is available to order from £15,550 on the road.

Arriving in Vauxhall showrooms in January, Corsa has undergone a complete overhaul in four core trim levels with every engine variant of the new model emitting less CO2 than even the most efficient versions in the current series, and they top out at £25,990.

After a month of falling fuel prices in June, July saw both petrol and diesel rise once again, RAC Fuel Watch revealed

Prices are still cheaper than they were at the start of June as only 1.55p went on to the average price of unleaded during the month taking a litre to 129.21p while diesel was slightly less affected, going up by a penny (0.93p) to 131.95p, so a tank of petrol now sets drivers back £71.07 and diesel the difference is a complete fill-up increasing to £72.57.

Volvo is boosting its in-car connectivity offering by fitting a data SIM card as standard to all its new models.

The feature is being introduced on all Model Year 2020 cars from today, and can be retro-fitted with ease to any that have already been delivered to customers, allowing the driver and their passengers to be fully connected at all times with access to 100GB of data for up to one year.

Owning the all-electric Jaguar I-PACE is now easier than ever before thanks to a pair of features focusing on use and cost; the new online range calculator and the Go I-PACE app.

The new online range calculator gives users greater insight into the effects that factors such as wheel size, temperature and other features have on the vehicle’s maximum range of 292 miles (WLTP).

London EV Company (LEVC) is delighted to announce it has produced 2,500 examples of its all-new TX electric taxi – and the vehicles are already making a huge contribution to reducing urban emissions in London, cities across the UK and in Europe too.

Marking this very special milestone at an event in Trafalgar Square, LEVC displayed the 2,500th TX to have been built by its state-of-the-art factory in Ansty, Coventry, where more than £500m has been invested by parent company GEELY into developing and manufacturing the world’s most advanced taxi since 2014.

The new Upgrade Kits, the first of their kind from Land Rover Classic, allow Defender owners to enhance 90 and 110 derivatives built between 1994 and 2016.

He is being investigated over his role in Volkswagen’s  emissions test cheating scandal uncovered in September 2015 and which has cost the German car maker €30 Billion.