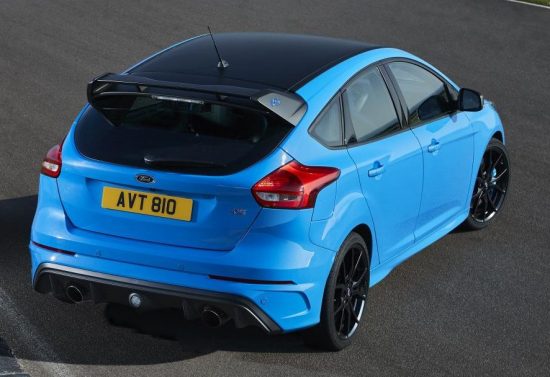 The eagerly expected new 350ps 2.3L Ford Focus RS Edition has been announced at £35,795 with deliveries expected in November.

Technology Prof Alan Dix told a Wrexham conference yesterday that mobile phone signals in parts of Wales are ‘worse than on the Hebridean island of Tiree’.

Russell George AM – the Welsh Conservatives’ Shadow Secretary for the Economy –called on the Welsh Labour-led Government to take the lead and increase the focus on improving the reliability of mobile signal, which in some areas of rural Wales verges on ‘non-existent’  and this will affect cars’ smart communications technology and navigation.

European new-car sales rose 5.5% in August, accelerating from an increase of 2.6% in July, according to industry data yesterday.

Registrations rose to 903,143 vehicles in the EU and EFTA countries in August and to 1.19 million vehicles for July, Brussels-based industry body ACEA said with Renault and Toyota leading the way.

Volkswagen and its Chinese partner will recall 4.8 M models sold in the country.

There are possible issues with Takata airbags and thought to run to about 20 million from several manufacturers models in China.

For the first time on 14 October there will be a National Morgan Day.

The Malvern-based manufacturer and its 15 UK dealers including Newtown Motors, Cwmbran will open their doors to enthusiasts and classic car lovers and the date marks the 81st anniversary of the Morgan 4/4 at the 1936 London Motor Show, making it the longest running production car in the world.