You are here: Home / Newcomers / EV News / Newslines 1 May 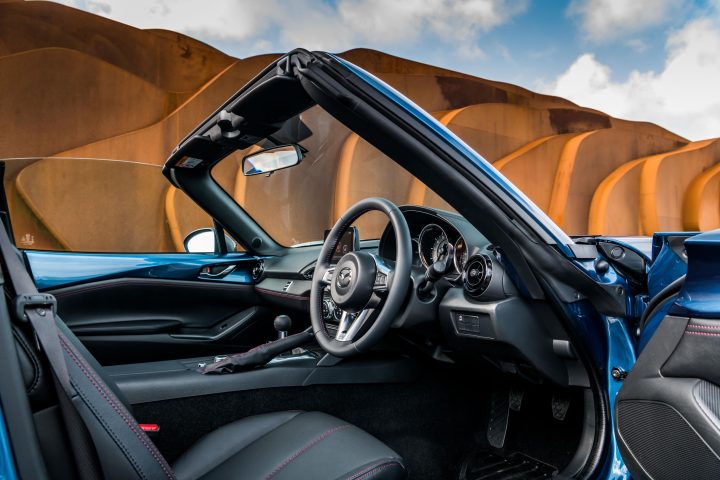 Mazda has added another stylish limited edition model to its MX-5 line-up.

Marked out by its free-of-charge Eternal Blue Mica paint with contrasting black rear spoiler and door mirrors, the £25,695 RF Sport Black goes on sale from the 28 May and the gunmetal alloy wheels contrast attractively with the paint, while inside unique floor mats, scuff plates and badging set it apart.

Denmark pulled the plug on EV subsidies but is now reportedly considering reintroducing them.

It follows a near collapse in EV sales from 5,000 in 2015 to just 700 last year, and the support is likely as part of a wider policy towards discouraging fossil fuelled cars and encouraging the take up of EVs.

Volkswagen will be enhancing its model range by an spectrum of completely new drive systems.

These include affordable mild hybrid drives with 48V technology, new high-tech diesel engines that will also be available as hybrid variants and what is currently the world’s most cutting-edge natural gas drive.

The US government says the 2.0FSi powered vehicles made between 2013 and 2017 have faulty coolant pumps which may overheat and cause a fire and 23 versions are affected.

Demand for Skoda and SEAT cars is booming.

SEAT is hiring extra staff at its Martorell plant and a new line will be put in to Osnabruek, Germany to assembly the Skoda Karoq as its running out of room in the Czech factory, which will continue to make the SUV.

The Advanced Propulsion Centre has opened its 10th funding competition, making up to £30 million available for the development of low carbon powertrain technology in the UK.