A whole new cell of cars is being created for our electric future and some of them were lined up at the annual SMMT driving day for motoring writers last week.

We have seen hybrid adaptations of some familiar models and they have been joined by pure electric derivatives but these are about to be replaced by a completely new generation from the world’s car-makers.

After Tesla broke new ground with their long range and highly sophisticated battery electric vehicles in the first decade of this century traditional and familiar car makers started developing and refining their own projects using Tesla models as their benchmarks.

Now these are feeding into showrooms and on-line but come with hefty price tags, a fact also taken from Tesla.

One of the latest is the Nissan Ariya (above), the company’ first pure electric crossover which will eventually offer three powertrains and the most expensive getting a bigger battery giving maximum range close to 330 miles with a whacking 600Nm of torque, from £43,845.

It’s a huge leap from the Nissan LEAF, which was one of the first BEVs in Britain over a decade ago with a 73 miles range.

Sitting between the Qashqai and X-Trail, the Ariya clearly indicates the company’s future direction of travel and will be an eye-opener to existing Nissan drivers.

Its head-turning exterior look is matched by an eye-catching interior of very clean surfaces, haptic, or touch sensitive, fascia controls (below) and stunning instruments. 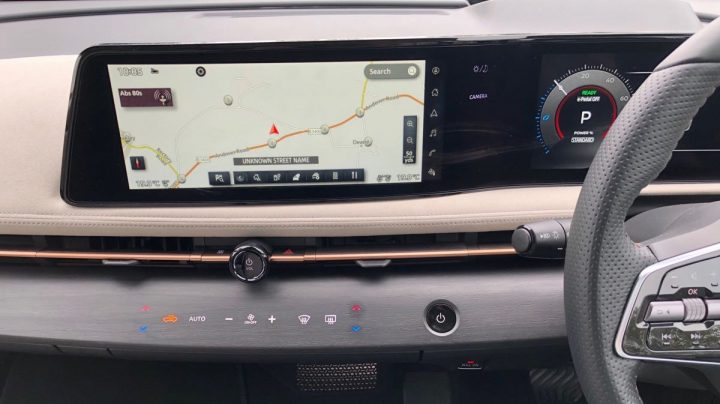 Inside it comfortably sits five people and an electrically adjusted central console box can be positioned to maximise rear legroom or be used by those infront. The boot is huge.

You have three performance modes to choose, eco, normal or sport and it covers ground easily if it was a little lumpy on the 19-inch wheels.

The lumpy ride contrasted with the extremely smooth powertrain in any mode, and the virtual absence of motor noise meant you could hear road noise, which was still very low.

The Ariya looks and feels a good class above its size and despite costing £53,391 as tested it probably will be a game changer for Nissan and its closest rivals. 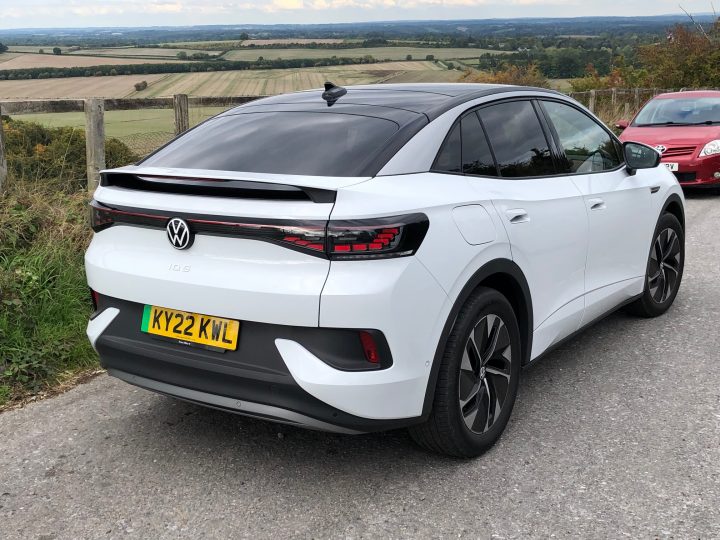 Volkswagen was an eager entrant into the ev world, first with hybrids and much more recently with electric versions of their familiar small cars, but the ID series are what will shape their future.

We had tested ID.3 and 4 so couldn’t turn down the opportunity for a brief run in the ID.5 Tech 77 kWh Pro Performance 204PS model (above), and it really is very good.

For what is a mid sized car it weighs in at just over 2.1 tonnes but easily hits 62mph from standstill in under 8.5 seconds and onto a maximum 99mph.

The BEV platform has been designed to good effect and the bootspace rises from a nominal 549 to maximum 1561 litres so it comfortably takes a big load and is easy to fill.

Cleanly styled in a less fussy manner both outside and inside than most Volkswagens with petrol engines, the ID.5 is one of the quietest EVs you could buy but it also handles and drives well, more sporting than suburban.

Don’t be surprised if it becomes the standard comparison for rivals in this class. 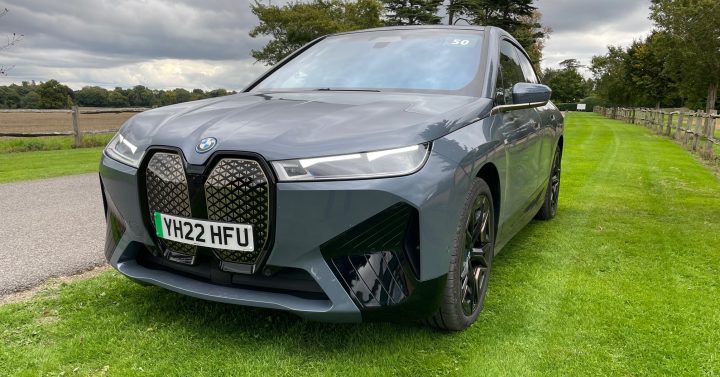 See BMW and you invariably notice twin kidney shapes in a dramatic nose with a slender body-line flowing behind.

Well, the new iX (above) is all that, but bigger than you may expect. We were eager to get behind the wheel of the £101,000 i20 iX M60, knowing how the German brand tends to put performance on the big burner.

With another £20K of options tagged on it is a highly desirable executive car but our thoughts were how can this be worth it. It was.

With a multitude of driving modes and digitally enhanced sounds and displays the iX is a highly individual driving experience with a truly unique interior and incredible performance to match.

It packs an enormous punch in the back when full power is selected and 0-62mph appears in just 3.8 seconds, maximum 155mph and covers about 300 miles on a full charge.

That punch alone is edifying, the handling and responses are exhilarating and the refinement is so calming. As a flagship model it is head and shoulders top of the range. 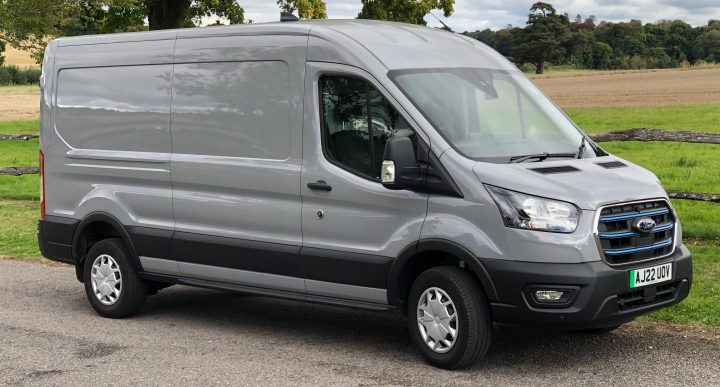 For something a bit different which will affect us all, we had a quick spin in the latest Ford E-Transit.

Britain’s highly popular van series has gone electric with a choice of 100 or 160kW motors giving 430Nm of torque, up to 244 miles on a full charge with a 1,100kg load over a lowered cargo floor, and it will pull 2,000kg trailer.

Our Trend 2WD model tested charged to 80% in about half-hour on a fast point and its overall range using performance when needed meant it was good for 156 miles overall.

Ford supply only a fast charge cable and a domestic three-pin plug and cable is an extra £100 while the grey colour is a £650 option, which seems strange to me, unless you don’t mind the standard white.

Without VAT, the test model price was a hefty £53,390, and that means it is really only attractive to fleets seeking green credentials as it is probably too expensive for the typical owner-driver business user.

That said, actually driving the L3H2 was so easy and the on-road performance was useable and good with smart pickup, quiet main road cruising and the lower floor has really increased easy loading and capacity (see below), not to mention enhanced roadholding for a 2WD floorpan. 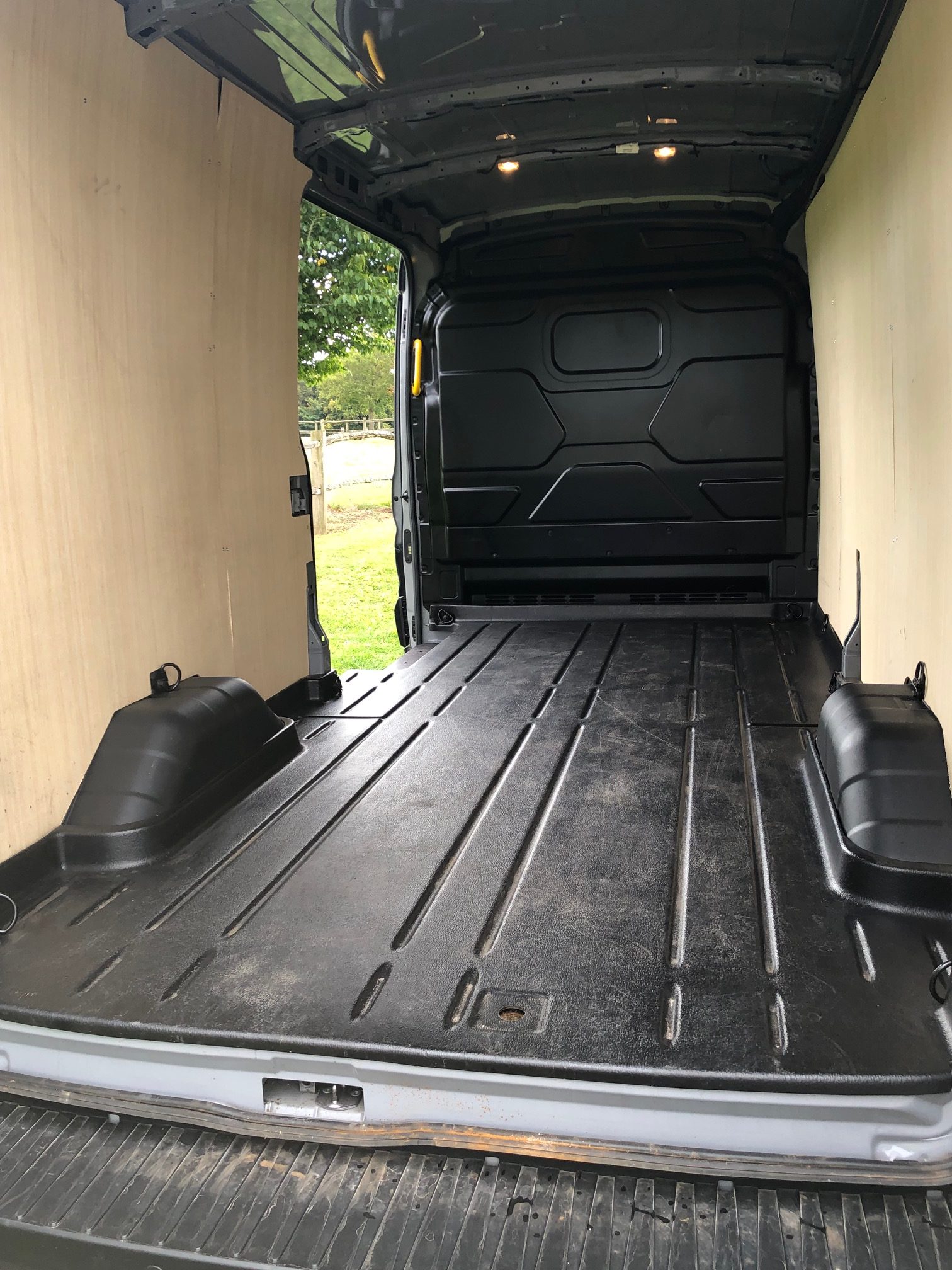 It had three seats and a lot of oddments’ space in the cabin with excellent vision to front and sides, big mirrors but it really needs a rear camera to help reversing into loading bays or parking.

Still, it’s a good step forward but a high price.

No matter how good are the cars we tested, the real issue facing their widespread adoption are acquisition costs – whether leased or bought – and the more widespread introduction of the very latest power technologies for fast charging and extending range.

The motor industry has risen to the challenge of making electric cars, albeit expensive ones for the average person to acquire but the real challenge still lies ahead with the Government and businesses building an extensive, reliable and practical charging network, both for individuals and businesses.

The venue for the event, for instance, has only two devices and two connectors, one of which is for Tesla models in particular and they are 11 and 7 kW.