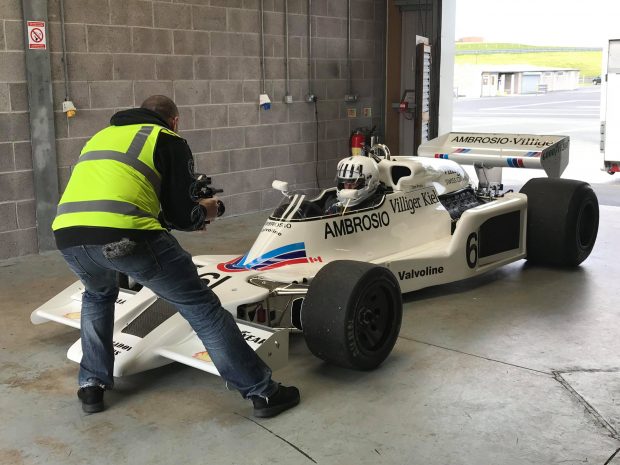 The story of how a young Welshman rocketed to fame on the Formula 1 racing circuit before his life ended in a tragic crash at the age of 27 is set to be retold on screen.

Tom Pryce will be featured in the upcoming three-part BBC documentary series “Mavericks: Sport’s Lost Heroes” which will follow the rise of Welsh sporting heroes from humble beginnings to the peak of their sport before meeting tragic ends.

In the 1960s, Tom grew up in the sleepy village of Nantglyn and attended Ysgol Frongoch in Denbigh, but he was driven by a big dream to race at the highest level of Formula 1. He left a tractor mechanic apprenticeship to join the British Motor Racing School aged 19 and, after winning the series in 1970, Tom’s passion for motor racing was born.

Moving at breakneck speeds through the categories, he soon got his big break in 1974 and was called up to Formula 1. He quickly became the rising star in British motor racing and would go on to win the Race of Champions at Brands Hatch a year later.

But Pryce’s career would come to an end at the 1977 South African Grand Prix following a collision with a race marshal in one of the most shocking accidents F1 has ever seen. He left behind his distraught widow Fenella and parents Jack and Gwyneth.

There are several tributes to Tom Pryce in North Wales, including a Denbigh Museum exhibition, a mural in Ruthin and a stretch of track at the Anglesey Circuit named the Tom Pryce Straight. The Historic Sports Car Club also held the inaugural Tom Pryce Memorial Race Meeting at Anglesey Circuit last month.

The documentary put one of Tom’s original racing cars, the Shadow DN8, on track at Anglesey Circuit to discover what made it such a dangerous machine to drive.

The episode will feature on BBC One Wales at 10:35pm on thursday, 29 August.