The Motorsport UK British Rally Championship will face arguably its toughest challenge of 2021 this week, as it heads to the Isle of Mull for the very first time in its 63-year history, for the gruelling Beatson’s Building Supplies Mull Rally 8-10 October.

Round five of Britain’s premier rally series will see the battle for the coveted title starting to take shape, but not before tackling over 148 miles of the most difficult island roads in existence, with nine of the ten stages taking place under the cover of darkness. Truly a very special place. 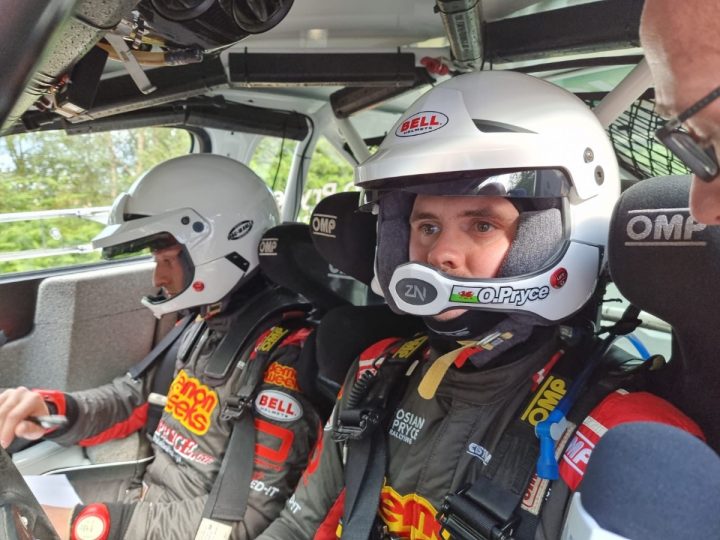 After four rounds of the series, the BRC has enjoyed three different winners with just two-time British champion Matt Edwards scooping a second victory in 2021. But heading to the familiar sight of Tobermory, Welshman Osian Pryce leads the way in the BRC standings with a slender four point lead over teammate and fellow countryman Edwards.

Pryce and co-driver Noel O’Sullivan (above) have shown stellar consistency this season, taking a podium on every round in their Melvyn Evans Motorsport Volkswagen Polo GTi. Pryce’s resilience has seen him take runner up spot on both the Grampian Forest Stages and Trackrod Rally Yorkshire but as the series shifts onto asphalt, will Mull be the place to push for his first BRC win since 2014?

“We have to target maximum points on Mull. The championship is very close and although we are ahead, the ball is in Matt’s [Edwards] court so we could do with a win to increase the buffer. “

“We are playing our Joker [potential of five additional points] as well to try and make the most of the points on offer. The challenge for most of us will be the night stages but I really enjoy them, so the weather could play a big part in the event.”

“It will be a tough ask to win the event outright as the locals know the roads so well and the stages tend to stay the same, so we will prepare as much as we can and more and do everything we can to get maximum BRC points.” 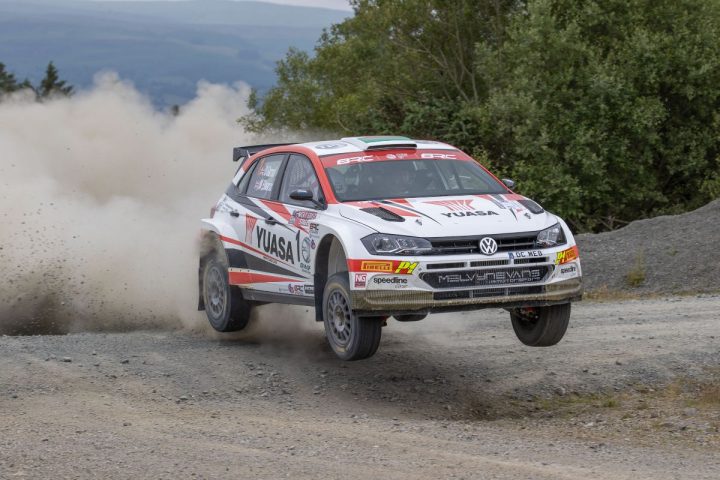 Fellow Volkswagen Polo pilot Edwards is fresh from his blistering victory in Yorkshire. With one zero score already this season, the Conwy driver and co-driver Darren Garrod will be eager to capitalise on his recent form and ensure he remains in the thick of the title fight as the season enters the final three rounds.

Rhys Yates is the sole M-Sport driver heading to Mull as Matthew Wilson and Seb Perez have other commitments. Yates is still gunning for his maiden British Rally Championship victory and suffered a string of bad luck last time out in Yorkshire. However, the Ford Fiesta Rally2 ace and co-driver James Morgan could well see their fortunes turn as the stages are largely an unknown quantity across the BRC contenders.

The National Rally Title has seen some blistering performances from the championship protagonists this season, many of which were worthy of top five BRC times. Leading the field away will be Scotsman Garry Pearson with Niall Burns on the notes. The pairing has been a formidable force in the series and will return to their Mitsubishi Evo IX on the island.

Pearson faces a challenge from fellow Scot Donnie MacDonald and Jamie Edwards in their similar machine. MacDonald skipped the Trackrod but could well push Pearson during the weekend.

Arguably the most experienced Mull contender of the National crews, John Morrison also makes a BRC return and with a whopping 11 Mull Rally starts, will have the benefit of local knowledge in his Ford Fiesta. Peter Carstairs is on the notes.

Alistair and Colin Inglis make their first appearance since Oulton Park in their Ford Fiesta, whilst Jason Black and Karl Egan will be sure to entertain the thousands of fans that flock to the island in their rear-wheel-drive Toyota Starlet. Bringing the classic element to the National series, Stuart McLaren and Eoghan Anderson will thread their Opel Kadett GT/E through the lanes with vigour.

The Junior British Rally Championship charge is headed by William Creighton and Liam Regan who will be looking to take their third victory of 2021. Scooping Oulton Park and Yorkshire wins, Creighton has also suffered two zero points scores in his Fiesta Rally4 so is eager to swing the balance back in his favour.

Chasing him down will be giant-killers Kyle White and Sean Topping in their Peugeot 208. The pairing has shown phenomenal pace in 2021 despite being in older generation machinery and could well top the timesheets on the asphalt of Mull.

Championship leaders Eamonn Kelly and Conor Mohan have returned a performance well beyond their years in 2021. With Kelly having little gravel experience, he still won the Grampian and took three podiums over the remaining rounds to be the man with a target on his back.

Finlay Retson and Rhys Stoneman will be looking for some luck at the weekend after a challenging season in their Fiesta Rally4. Despite being denied a podium slot on several occasions, the pairing have done enough to sit third in the championship heading to Mull. Facing a race against time to repair their Fiesta, will be Academy contenders Fraser Anderson and Jack Bowen who crashed out of Rally Yorkshire.

James Boland and John McCay return to the fold after skipping Yorkshire in their Fiesta, whilst Johnnie Mulholland and Calum Maguire will be aiming for another Academy Trophy victory to put the title fight almost out of reach of Anderson. Rupert Flynn and Glyn Thomas is another crew return in their Fiesta Rally4 for the demanding event.

As the toughest challenge of the year, the Mull Rally takes place mostly overnight with just Saturday’s Leg 2 enjoying the daylight. Seventeen special stages lie in wait with the first car due to finish in Tobermory at 01:40 on Sunday morning.