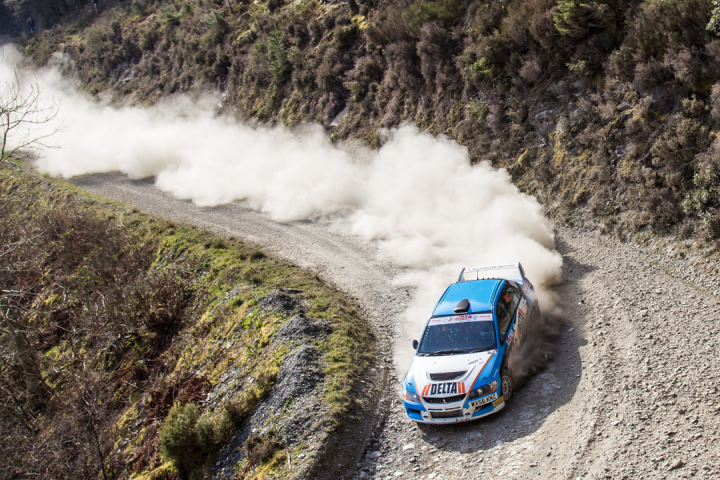 In doing so, he and co-driver Declan Dear claimed maximum points on the second round of the 2019 Pirelli MotorsportUK Welsh Forest Rally Championship in their Mitsubishi Evo IX.

Following the event, the young Doncaster driver commented, “it will take a week for what I have achieved to sink in.” Meanwhile, second place went to Ieuan Rowlands from Llan Ffestiniog and Corwen’s Emyr Hall.

Competitors have only a short break to re-fettle their machinery before they head to Builth Wells for round 3 of the Championship, the Rallynuts Stages Rally on 13 April. More information on that event is available at www.rallynutsrally.co.uk while more on the Pirelli MotorsportUK Welsh Forest Rally Championship can be found at https://wnrc.wamc.org.uk/, on the Championship Facebook page and on Twitter @WnRC.