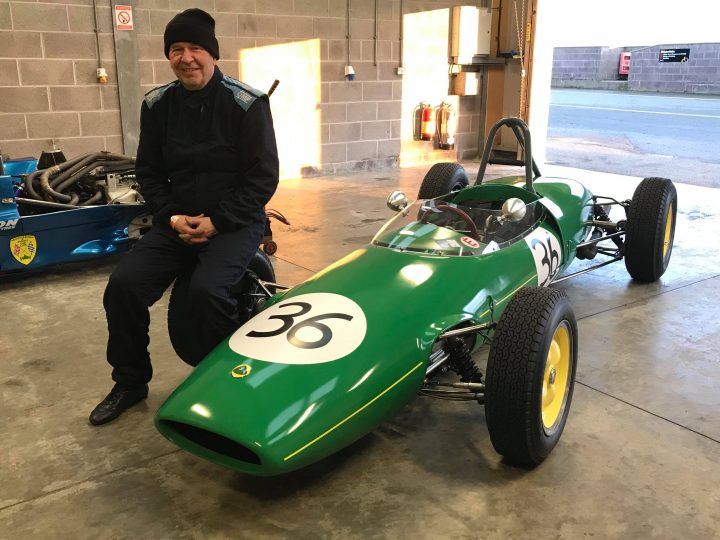 The racing car driven by James Garner in the classic 1966 movie “Grand Prix” was at Anglesey Circuit as new owner Syd Fraser from Aberdeen drove it for the first time after buying the car a month ago.

The car is a 1961 Lotus 20/22 Formula Junior which was used during filming at Grand Prix circuits including shots of the actors behind the wheel. The star of the movie was James Garner and his character Pete Aron, drove a Jordan BRM Formula One car in the film but this was actually the Lotus with different bodywork.

Photographs show Syd Fraser with the 1961 Lotus 20/22 and the dashboard of the car signed by James Garner.