One of Britain’s most eagerly awaited new models hits showrooms on Monday and it’s almost certainly going to lead to a “brown market” price war. 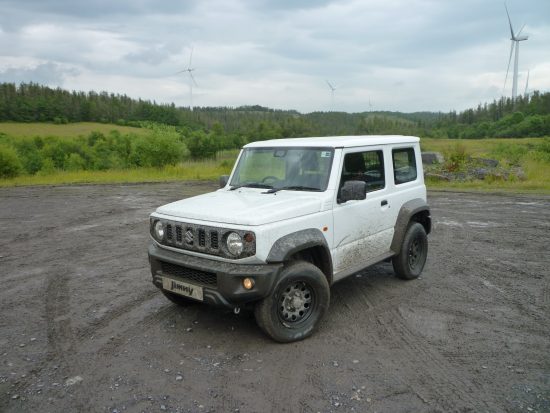 The Suzuki Jimny LCV will be limited to about 400 sales this year and they are expected to be snapped up even more quickly than the Jimny lightweight 4×4 SUV two years ago.

Priced from about £16,700 before VAT as a commercial vehicle the Jimny LCV will retail at just over £20,000 but expect to pay more unless you’ve already got an order in.

Thousands of Jimny lovers were frustrated when Suzuki had to cut back on the compact SUV in 2020 and used models are now fetching as much as £7,000 over list prices.

Suzuki dealers will be scrambling to stock the Jimny LCV in the knowledge they will have fans queuing to buy the latest two-seater despite its modest 120 kg payload.

The Jimney series has been produced since 1970 and there have been four generations including pick-ups, hard-tops and soft-tops in 200 countries. 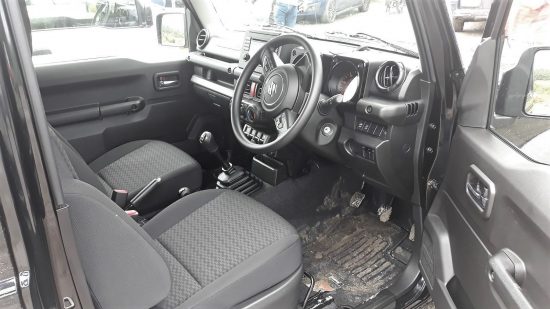 Their on-road agility is matched by exceptional off-road ability to cope with the worst terrain thanks to a high ground clearance, slim tyres on 15-inch wheels, high and low range modes with two or four wheel drive.

The newcomer is an enjoyable and impressive performer off-road as we discovered in the uncompromising Walters Arena vehicle development & test centre near Glynneath this week.

It’s short wheelbase and narrow track allow it to manoeuvre in tight spaces between trees or where roads sharply turn due to natural obstructions and it also has 21cms or 8-inches ground clearance to traverse rutted tracks and stone-strewn inclines which would seriously challenge a much more expensive rival. 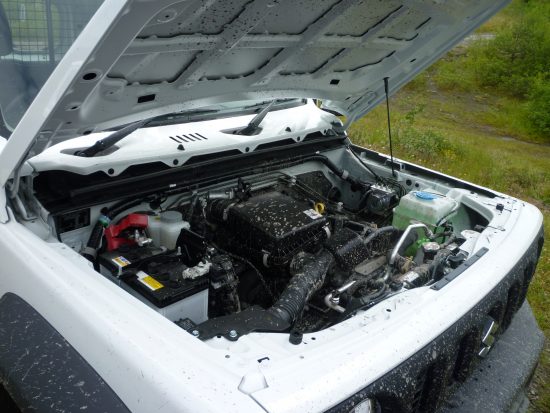 The modest engine’s pickup is very good thanks to the sensible gearing and 130Nm at 4,000rpm and its main five-speed gear lever is light and direct with a smooth clutch action as well.

Range change is best done stationary and with firm grip but the steering and brakes need only the slightest touch to effectively turn or slow the Jimney LCV.

Suspension travel is good and while it can hit the bump-stops on severe surfaces the smoothest tracks produce a much more agreeable progress.

Dispensing with back seats usually found in the SUV has allowed a flat floor to be fitted with a protective cab guard and a small under-floor space for jacking equipment and a 863 litres/ 120 kg loadbed behind an offside hinged back door.

Driver and passenger have simple access and good headroom but taller users might find legroom to be short as the B-pillar bulkhead stops their seats’ rearward travel. 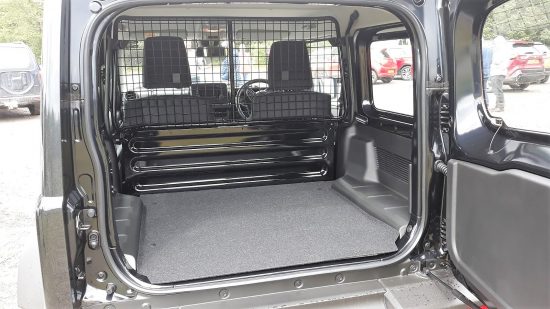 Grab handles for the passenger are useful while the driver hangs onto the wheel, instruments are simple and clear with good straightforward heating and ventilation and powered front windows.

Noise levels are modest most of the time. The engine note rises with revs and is particularly fussy in lower gears and 4WD mode but the road noise is fairly consistent and intrusive if varied depending what’s underneath the LCV. 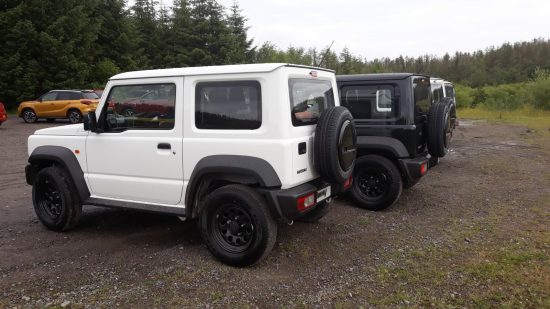 With a comparatively high riding seating position, slim roof-pillars and very short overhangs, the visibility is excellent all round and helps to precisely steer the car through obstacles.

Suzuki GB Cars chief executive Dale Wyatt said, “The Jimny has been incredibly successful for us as a compact 4WD SUV and reached 5,000 sales so it’s good to be able to extend its appeal with the new Jimny LCV and give our customers a really practical proposition.” 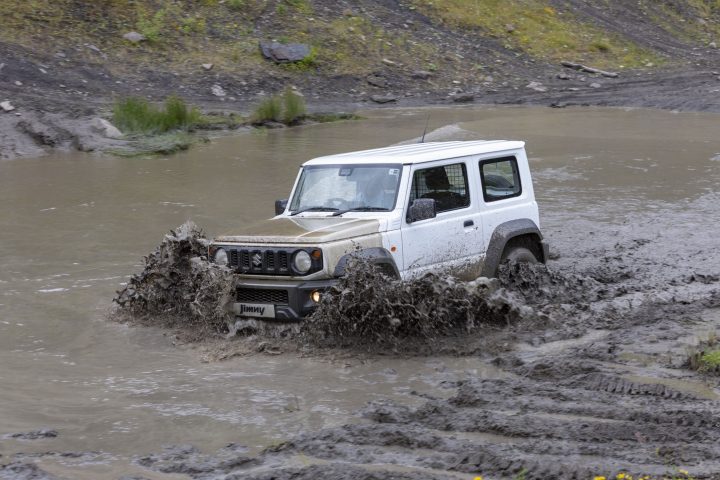 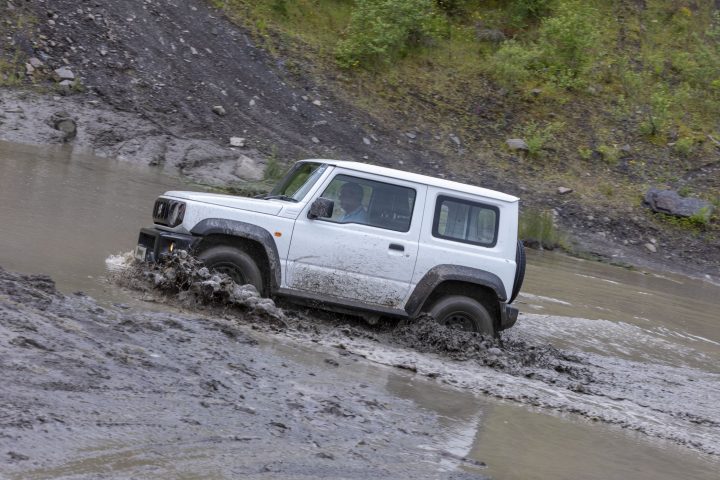 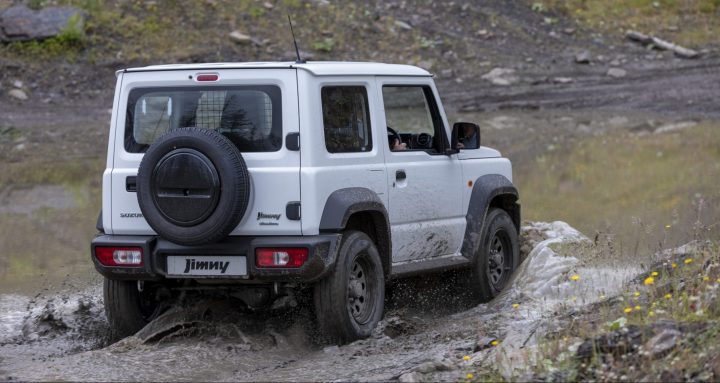 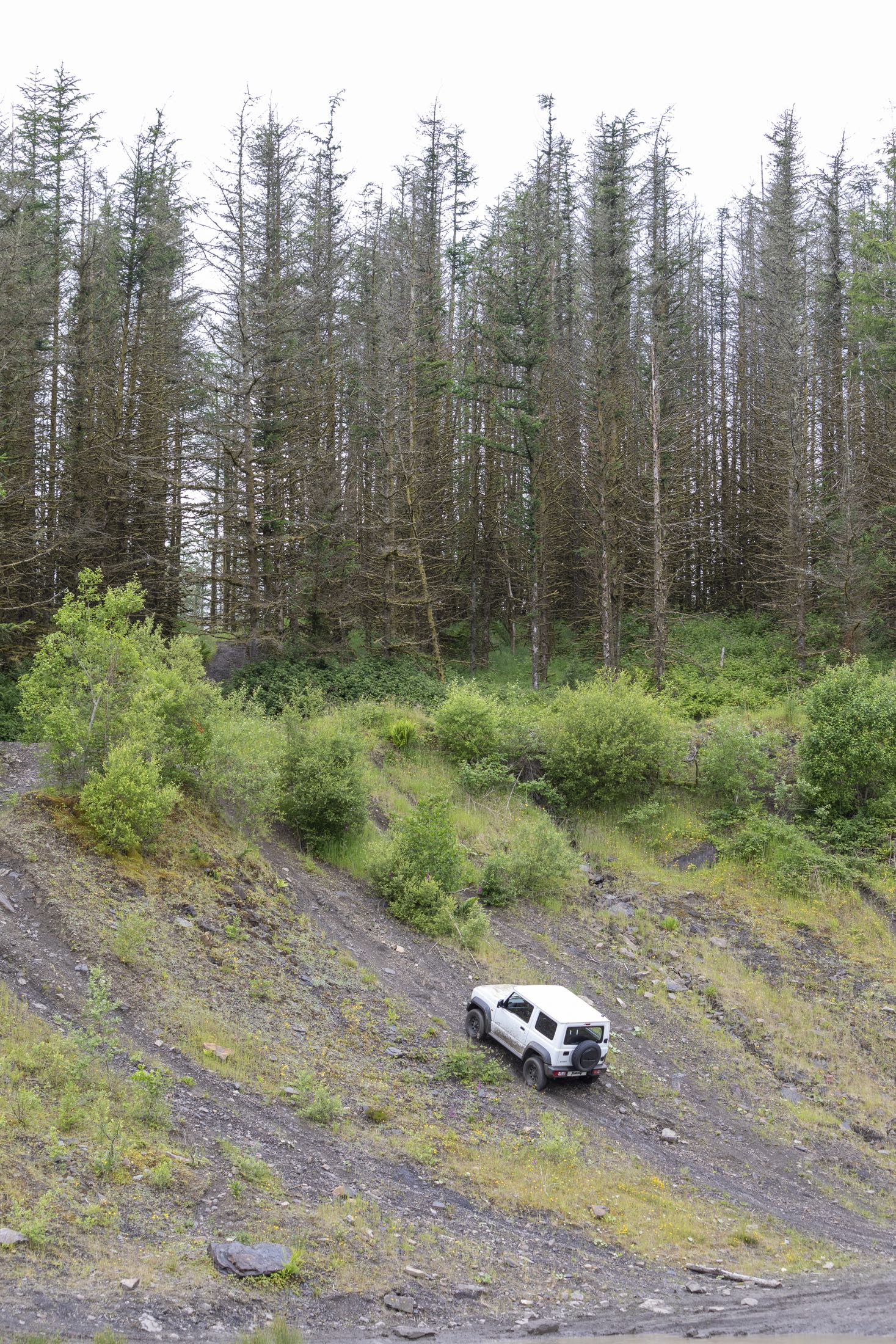