This week’s classic Monte Carlo Rally 23-26 January heralds not only the start of the eagerly-anticipated 2020 FIA World Rally Championship, but also an exciting new chapter in the career of Britain’s top rally driver from Dolgellau , Elfyn Evans.

After spending more than a decade with the Cumbrian-based M-Sport Ford team – winning both the British Rally Championship and, famously, Wales Rally GB in 2017 – the Welshman has now joined the rival Toyota Gazoo Racing World Rally Team, rated by many as the sport’s foremost team.

Toyota only re-joined the WRC in 2017 with an ambitious new organisation run by four-time WRC champion Tommi Mäkinen, but an immediate impact saw the outfit lift the Manufacturers’ title in 2018 and then power Estonian ace Ott Tänak to last season’s coveted Drivers’ crown.

With Tänak switching to Hyundai for 2020, 31-year-old Evans is part of an impressive new-look Toyota squad lining up alongside six-time World Rally Champion Sébastien Ogier his team-mate for two seasons at M-Sport in 2017 and 2018 and 19-year-old Kalle Rovanperä, one of rallying’s hottest young prospects. 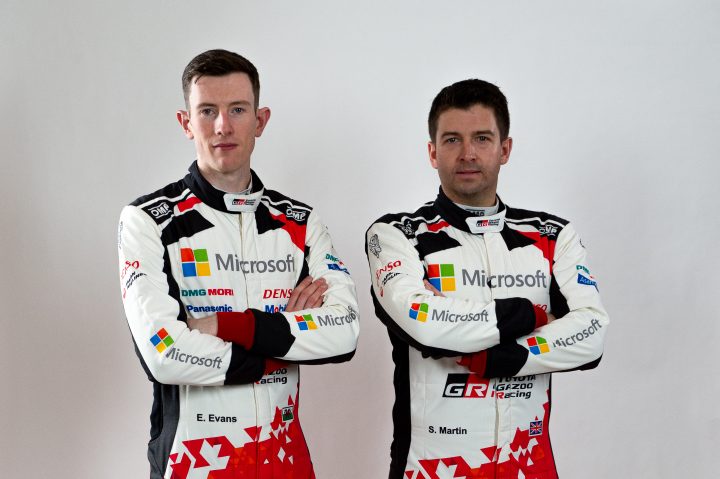 “I’m really excited to get going,” admitted Evans, who will be joined by co-driver Scott Martin (right) aboard one of the trio of formidable Yaris WRCs. “Toyota has been extremely competitive in a surprisingly short space of time and has multiple World Championships to its name – I’m looking forward to being part of it.

“The competitiveness of the car is a given, but what also attracted me to make the move from M-Sport was the commitment from Toyota to the WRC programme. It looks very promising for the future.”

Now with a two-year contract safely in his pocket, the 31-year-old from Dolgellau is confident he can start adding to Toyota’s successes in the 13-round WRC campaign, blasting off this week in Monte Carlo and culminating ten months later in Japan.

Highlights of this year’s FIA World Rally Championship will return to free-to-air ITV4, predominantly being screened at 20:00 on Tuesday evenings after each round.