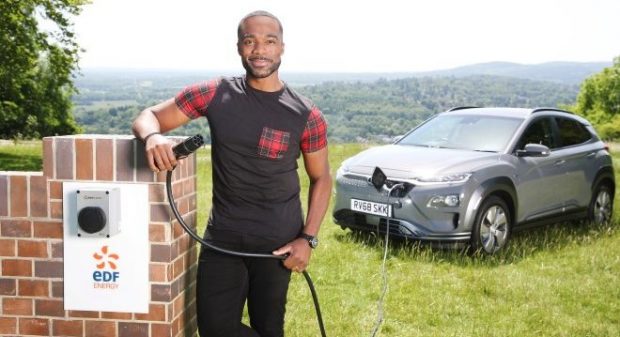 Mounting concerns about the impact of emissions on the environment mean motorists are increasingly likely to leave their cars at home.

But that’s not the only thing putting off drivers – six in 10 are also using their vehicles less and less because fuel is too expensive.

However the research of 2,000 adults commissioned by EDF Energy found a fifth would drive more if they owned an electric vehicle.

The study also found the cost of diesel and petrol is also having a negative effect on UK tourism.

Fifty-seven per cent said they would have visited more British landmarks if it wasn’t for high fuel prices.

EDF has teamed-up with Ore Oduba, TV presenter and Strictly Come Dancing 2016 champion to encourage people to get out and see more of Britain.

He said: “There’s no better way to spend your summer than exploring the amazing British isles with family or friends.

“And doing so in an electric vehicle significantly reduces fuel costs and the impact on the environment compared to a traditional vehicle.”

The EDF research carried out through OnePoll also found more Brits have been to the Eiffel Tower than to Stonehenge – despite it being one of the nation’s most iconic landmarks.

Sixty-one per cent of Brits have been to see The Iron Lady in Paris, compared to 54 per cent who have visited the prehistoric monument in Wiltshire.

But Loch Ness is the landmark Brits would most like to visit – ahead of the likes of Buckingham Palace, Big Ben and Tower Bridge.

In a bid to change this perception the energy provider is running a competition where the winner will get a week-long staycation complete with an electric vehicle.

Béatrice Bigois added, “Through offering motorists the chance to book a holiday where ‘the only charge is the charge’, our Electric Summer Adventures campaign aims to showcase the low cost freedom an electric vehicle can provide to those looking to explore more of the amazing landmarks across the UK.”