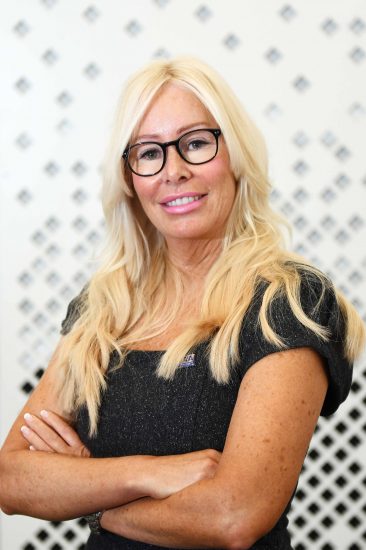 The new, “thin” Brexit deal that is now in effect leaves many unanswered questions that could have serious implications for the UK motor industry, warns the Vehicle Remarketing Association.

The trade organisation says that several key points surrounding the future of manufacturing and cross-border movement of vehicles remain vague or undefined.

Sam Watkins (right), chair at the VRA, said, “Let’s be clear on this – any deal is good news because it avoids the kind of tariffs that would’ve been attached to no deal. It is something that should be a huge cause for relief.

“However, the deal that we now have raises as many questions as it answers. It is generally being described as ‘thin’ and that is accurate in that there are several areas where there is very little detail for the motor industry or remarketing.

“We are probably entering into a process now where those points are going to be worked through but it seems that some will be easier to resolve than others.”

She said that the hope was that the degree of certainty now present would enable near-term investments in manufacturing, such as the new Nissan Qashqai in Sunderland, to go ahead.

“The threat of motor manufacturing in the UK potentially unravelling overnight has been removed, and this should mean that there is no immediate question mark over UK factories and supply chains.

“However, looking ahead, substantial costs have been added in terms of the new customs arrangements, and the regulatory background against which car makers operate is unclear in several important areas.

“Presumably, these will be clarified in the coming months and years but it does perpetuate an effect that has been present ever since the Brexit referendum – that it is difficult to make plans and for investment decisions to be finalised without all of the facts available. There remains a lot of uncertainty.”

Notably, there were special difficulties surrounding the rules of origin arrangements, Sam added, that could have implications for EV manufacturing in the UK.

“This is not a simple subject but a lot of good work has been done in this area by David Bailey of Birmingham Business School, who has advised the VRA previously, and I’d urge anyone interested to seek out his blogs on the subject.”

In terms of the direct impact on the used vehicle sector and remarketing, the most obvious immediate effect would be disruption to car and van supply, she said.

“It’s quite difficult to separate the negative effects of the pandemic and Brexit but getting hold of a number of popular new models is almost certainly going to be tricky in 2021. For a motor industry that has finished last year around 30 per cent down in new car sales compared to 2019, this is not good news, and there will be knock-on effects for the used sector that will persist into the medium term.

“Specifically, the reduced numbers of vehicles entering the market will mean that getting hold of the stock needed by used retailers is going to remain difficult and the situation may even worsen compared to the last few months.

“However, if 2020 has underlined anything, it is that the used car sector is incredibly flexible and innovative, and that people will continue to want to buy despite substantial practical barriers in their way.”

Sam said that essential remarketing services such as vehicle storage, logistics and services support would be more critical than ever in the UK during 2021.

“The post-Brexit, coronavirus market is one in which the core functions of remarketing have become more important than ever. When it comes to sourcing the right vehicles at the right price, ensuring their condition, retailing them and then getting them to the customer, all in a secure fashion – then the expected standards in every single one of these areas are being forced upwards by market conditions.

“There is every reason to expect these trends to continue. Certainly, as a trade body, we see the next few months as one where our role is to guide and support our members through times that continue to be turbulent and which promise to remain so for some time.”