You are here: Home / Featured / Better prepare for harsher winters 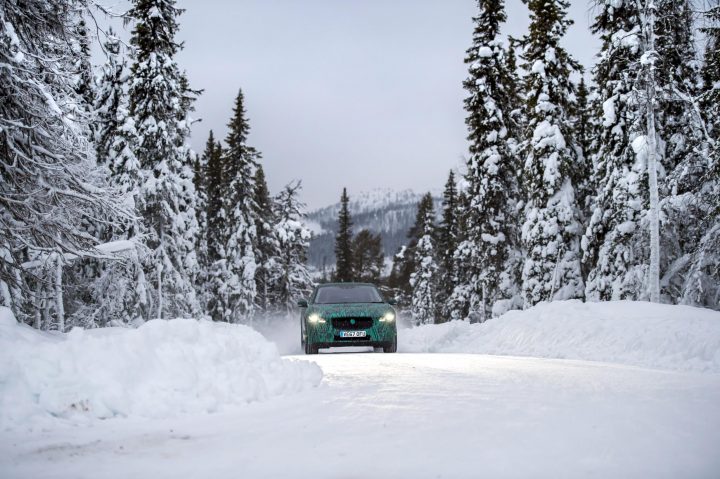 There is no doubting that car technology is becoming much more advanced and working to better protect motorists while they’re getting from A to B.

Just take the Jaguar E-PACE as an example.

This car (above) comes complete with All Surface Progress Control — a low-speed cruise control system which works to ensure the vehicle can cope with low traction situations no matter the weather conditions.

Despite these technological advancements though, the UK’s roads seem to always grind to a halt whenever a snowstorm sweeps the nation. The Beast from the East that hit the country in early 2018 showcased this for all to see, as heavy snow and bitterly cold conditions saw thousands of drivers left stranded on roads and countless more vehicles either breaking down or being involved in crashes. In fact, the AA estimated that 8,260 collisions occurred on roads throughout Britain in just three days and that the insurance cost came to over £10 million during that short period.

If you’re relaxing at home at the end of the day and look outside your window to see that the snow has begun to fall, you won’t be the only one to be worried that the commute the next day may well be a nightmare.

On the topic of becoming better educated about winter driving practices, the UK should look at Scandinavia for a source of inspiration.

This is because across this region of Northern Europe, drivers must re-acquire their cold weather driving techniques each year. As British motorists rarely need to cope with being behind the wheel when it’s snowing or very icy — some drivers may never have experienced being on the road in wintry conditions, in fact — it surely makes sense for people to test their skills in controlled environments instead of being thrown in the deep end when the weather takes a turn for the worse.

As seen by this Auto Express guide, there are intensive winter driving courses available throughout the UK. Is it about time motorists are required to sit one of these courses at least once, so that they know how to stay in control of their vehicles in snow, ice and other troublesome weather conditions?

Charted civil engineer David Gardner believes that the entire onus shouldn’t just settle on drivers though, stating in a blog post on the Intuition of Civil Engineers’ website that “while we can’t control the weather, we can improve the way we deal with it” and calling on the introduction of a national strategy for handling winter emergencies.

Mr Gardner proposed, “Due to the numerous organisations involved with dealing with and using transport —private and commercial —working groups would need to be established to review the past winter and to consider the implications of a longer period of winter weather. They’d need to identify specific problems, potential solutions and priorities, and submit these to a main review body to draw up a final report.

“I believe that a chairperson of national standing should be appointed at an early stage, together with a deputy and a small secretariat to manage the overall process, which could include a sponsored MSc or PhD student to study and report on specific topics. The costs of a review need not be vast, since little extra infrastructure is required in the first instance. The review would understandably give rise to the need to invest in specific areas, but these can be phased in over time.”

Hopefully the days where we as a nation no longer feel stressed about getting behind the wheel in wintry weather in the UK aren’t too far away.