Tens of thousands of more jobs are likely to disappear from the UK automotive sector before the end of the year, writes Robin Roberts.

Some 11,349 jobs so far axed following lockdown will grow and despite this week’s 11% rise in new car registrations the outlook is bleak.

That’s because the first upturn in showroom sales came at the end of three months when all showrooms were in lockdown and there was a lot of pent up demand.

“The next few weeks will be crucial in showing whether or not we are on the road to recovery, ” said a concerned Mike Hawes, CEO of the Society of Motor Manufacturers and Traders.

Nearly new and well-used cars which might have been part exchanged over the three months have been with their owners instead. Owners who could not go on holiday or go out to socialize and who, instead, built up savings assisted by the Government’s furlough scheme.

The downturn for businesses which account for a big part of registrations has also impacted and that may take longer to recover as work slowly returns and confidence to buy returns.

It has been the same in other high price sectors such as the housing market and high-end furniture shops and other luxury goods.

With fewer car workers on lines due to the lockdown and accompanying social distancing it has meant vehicle production has not been ramped up over the last few months in anticipation of a boost with the September 70-new-plate arrival.

There could be a shortage of new cars for buyers, but the industry must be hoping life begins at 70-plate introduction.

Hovering over the market is the gradual easing of the furlough scheme and Government assistance which will end late autumn and early winter. Its tapering off will be critical if struggling employers cannot afford to keep on staff who have been paid by HMRC since March and who have less work to do when they’re due to return.

Along with this uncertainty is that of future local or regional lockdowns. The national lockdowns and quarantine restrictions which differed through England, Scotland, Wales and Northern Ireland are being replaced by local actions in specific area but it’ll be up to regional governments to implement them and that can lead to further problems.

If necessary it’s possible towns and parts of bigger cities will be ordered to shut businesses and possibly without the assurance of pay being made up over the period of the closures.

Workers who have felt the effects of the spring lockdown and its financial implications for them are unlikely to want to splash out on new or higher priced older cars and the market might stumble again. 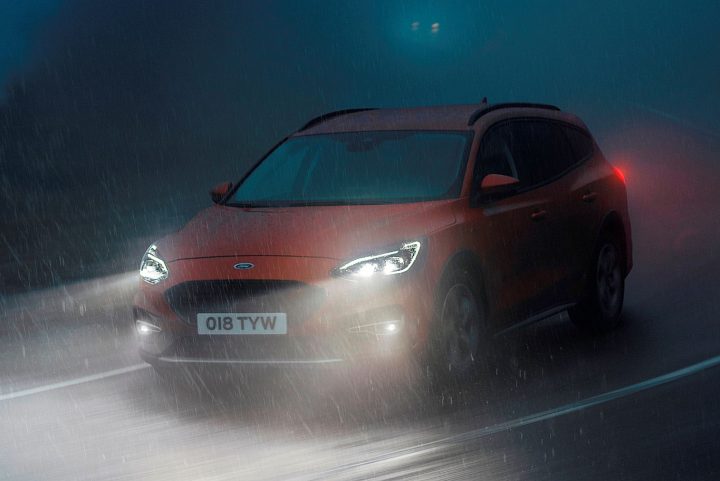 Autumn into Winter and the Christmas/New Year holidays have always been slow selling months for the motor trade and unless there are some remarkable deals being done the situation is unlikely to improve and could be its worst this year and early next.

Already, big dealer groups have axed unprofitable sites and made about 3,000 staff redundant and looked to on-line sales to recover some sales.

Finance houses have been inundated with calls from customers losing jobs who want to end PCPs with their ongoing deductions and high balloon payments at the end of the term and instead secure traditional HP payments of set amounts over longer repayment periods.

Well looked after and preferably low mileage used cars are getting prices above market book suggestions for sellers and buyers are happy to pay because they are still making substantial savings on the price of a similarly specified and in some cases lower equipped new versions of the same model.

The big ground swell in sales has been for hybrid and pure battery electric vehicles, with the latter up nearly 270% in July as more models reach showrooms and get into buyers’ hands. Key to sustaining this interest is the availability of charging points, both at homes, shopping centres and workplaces.

Some 40% of drivers still don’t have access to a charging point due to physical issues such as living in apartment blocks or in streets where there is no kerbside power and technology must come along before they can consider a switch.

Some of the boom in second hand cars sales have been at the lower end of the market in response to the need for a car to travel when public transport has almost collapsed and is incapable of providing a service despite tens of millions of pounds being pushed into buses and trains and motorists have been squeezed off the roads by congestion and parking charges.

While encouraged to walk or cycle to work it’s simply unrealistic for most commuters and that peddling revolution after lockdown will be challenged in winter if riders want to go back to struggling public transport or use a cheap car.

Councils which expanded cycleways and footpaths will then find the narrower roads become jammed sooner than before and accidents will rise as a result.

Only a very big investment in out of town park and ride schemes or drive and ride developments will go anyway to replacing the lost road space.

The fact that Christmas shopping means heavy bags is likely to see urban centres which cannot accommodate cars going to the wall and buyers will increasingly move to on-line, with more pressure on expensive retail space to shrink or close. On-line sales escalated during lockdown with some delivery drivers making £1,000 a week working for themselves and suppliers and this is likely to grow.

Which, of course, means the humble white, grey or blue van is more likely to be in demand whether new or used and that has to be good for the manufacturers and CV sellers.

How many of those will be electric powered is uncertain but their share of sales is rising and so the choice is also widening, but at some cost compared with traditional internal combustion powered models.

The return on investments is crucial for any business and the cost of designing, engineering and then making a new petrol or diesel engine which will have a bearing on whether it is made or the money is spent researching and making a new generation of electric powertrains.

It’s a difficult call, just as it is to decide when to axe a high percentage of factory workers who will not be needed for this new era in technology. The Coronavirus, particularly if it remains lurking in society, could be the factor which accelerates this move and subsequent rundown.

The automotive industry is a global business and what happens in one country can immediately affect another. The fact most of the UK’s car plants are foreign owned means they have no say in their future if a remote owner wants to shut them and transfer production elsewhere or just end a line.

Economic decisions will also weigh on investments, as they have always done, but they’re likely to be sharper and deeper in future and major surgery will take place rather than cosmetic changes.

In Wales in July we saw Ineos do a U-turn  on its planned new assembly plant (above) which is now destined for an existing factory in France.

That puts it onto the main Continental market and will allow it easier access when the Brexit drawbridge is lifted at the end of 2020.

The situation with the UK leaving the EU is another factor weighing on the minds of the Society of Motor Manufacturers and Traders which wants an agreed trade policy before a cliff edge encounter with the EU. It’s also making the resident car makers twitchy about future investment in most but not all cases.

The SMMT predicts the UK might lose 1.46 Million vehicles by 2025 and worth £40 Billion if no free trade agreement is signed and they are left to doing business on less advantageous world trade terms and tariffs to be paid.

Significant questions remain about the nature of trading conditions from 1 January, with uncertainty about customs procedures, regulation and damaging tariffs causing real concern. According to the latest survey of SMMT members, this lack of clarity is now severely hampering nine in 10 companies’ (93.5%) ability to prepare for the end of the transition period.

The coronavirus crisis has exacerbated this, with six in 10 (61.3%) automotive companies saying Covid-19 has diverted resources away from Brexit preparations, while more than seven out of 10 (77.4%) view securing a tariff and quota free FTA as crucial to their future success.

Mike Hawes, SMMT Chief Executive, said,“These figures are yet more grim reading for the industry and its workforce, and reveal the difficulties all automotive businesses face as they try to restart while tackling sectoral challenges like no other.

“Recovery is difficult for all companies, but automotive is unique in facing immense technological shifts, business uncertainty and a fundamental change to trading conditions while dealing with coronavirus.”

As the UK motor industry and dealers head towards that cliff-edge it seems others want to hurry it along without regard to the consequences and changes it will bring to the society they enjoy and share.