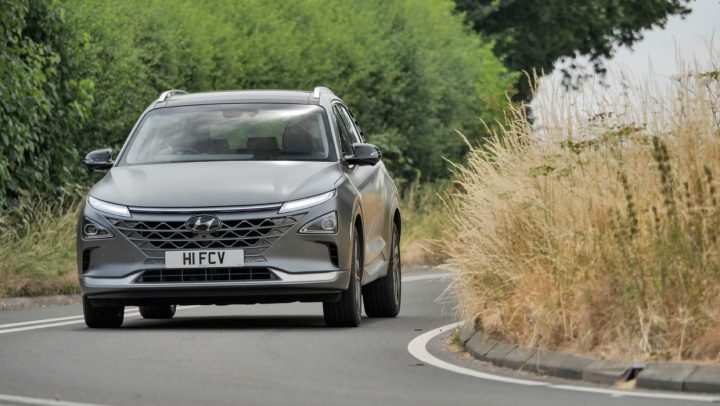 If you are a business, family or individual that really wants to go green with your motoring then the Hyundai Nexo Fuel Cell Electric Vehicle is a very rare opportunity to do just that, writes Robin Roberts.

Its only UK rival at the moment is a saloon and after initially trialling a hydrogen hatchback, Hyundai decided the future lies with what they are calling the future utility vehicle, or a large MPV to most people.

The bespoke platform for the Nexo carries three hydrogen fuel tanks giving a range of over 400 miles when the gas is passed over a very compact stack of fuel cells and electricity flows to the electric motor pushing out the equivalent of over 160ps to the front wheels. 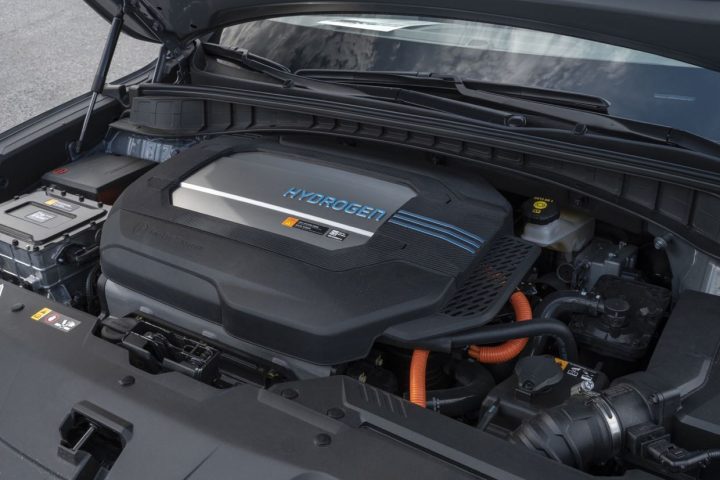 I have driven a few fcevs and the most impressive feature is their near silent operation which would be familiar to electric car owners but where the gas models’ win is their range between refuelling and speed of replenishment, taking a few minutes as opposed to an ev’s hour or more. 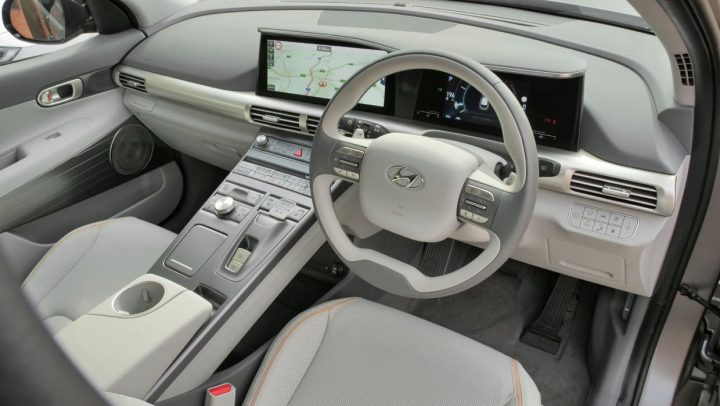 Hyundai was one of the early automotive developers of the fuel cell and in today’s Nexo it is extremely refined and benefits from what many consider drive-by-wire technology as so much is done through buttons on the very large console between the front of five-seats in the car.

You can select how responsive it is going to be, how much electricity is regenerated through the brakes, how much can be saved with the systems on board and what you need to know displayed on a seven-inch data screen infront of the driver. 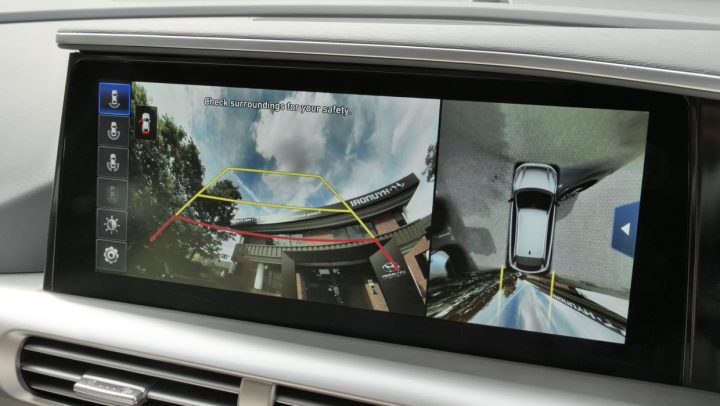 Beside that in the centre of the car over the console is a 12-inch horizontal screen for the more conventional infotainment and advanced safety and driving features inc. self-parking and blind-spot monitoring. That is in addition to all your expected wifi and streaming choices.

Nexo is a technical tour de force delivered in a very comprehensive yet user friendly way. That apart, the electric power steering and brakes operate with an easy lightness but are a little dead with their feedback nevertheless. 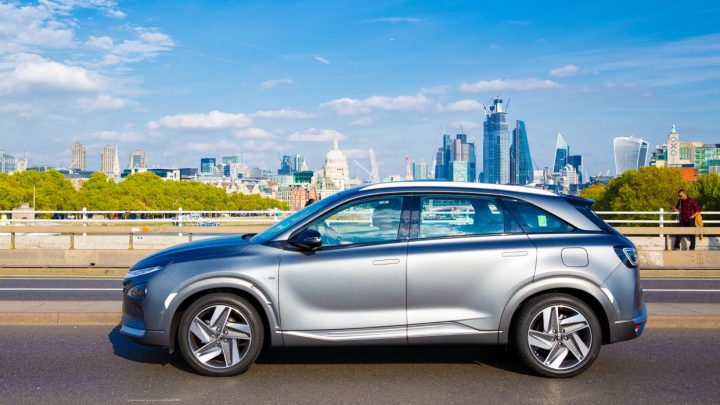 Suspension is biased towards softness and does a good job at soaking up road shocks but also tends to wallow over undulations and even lean on bends. It’s not a sporting utility vehicle in the way of many rivals but more akin to a luxury soft-roader as its two-wheel-drive is not designed to go off-road.

The handling is not sharp but soft edged and it’s really at its best on main or motorway roads where it can settle down and easily keep up with traffic. The acceleration from rest is not as brisk as some evs or hybrids but it weighs nearly 1.9 tonnes and its comparative power is not exceptional to turn it into a rapid car.

That said, the Nexo is a very comfortable driving experience. Access is very good with five wide opening doors, very large and well shaped comfortable seats and you really have a lot of room. A near silent powertrain -road noise is the most noticeable and little mechanical or wind wuffle – add to the refinement.

It’s not lacking in equipment either to make any journey enjoyable, with sensible oddments room for a family, lots of front seat adjustment and a really good automatic climate control. 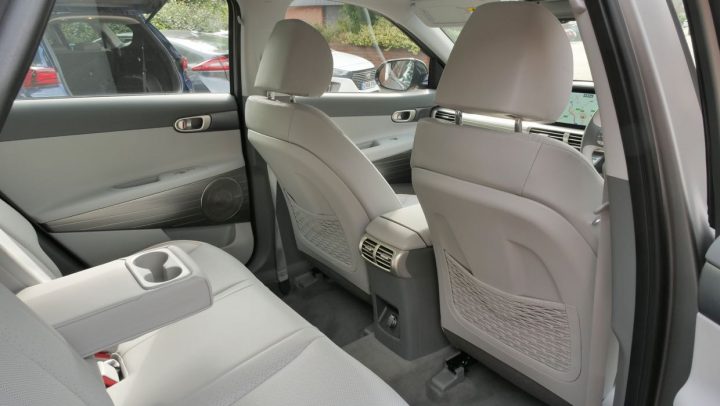 You have on-board one of the most advanced camera systems I’ve ever experienced looking ahead, behind and to the sides but there are still some blindspots due to the high waist and wide roof pillars. Thankfully the headlights and wipers were very good.

It is certainly a very easy to drive model but living with it demands a bit of planning. Most importantly, you need to have a hydrogen fuel pump within reasonable driving distance and most are spread along the M4 and around the south east of the UK, but the network will develop now the likes of Shell are on board with the gas. Hyundai has sold nine in Britain to individuals and businesses and as each is built to order there is a three months’ delivery time. 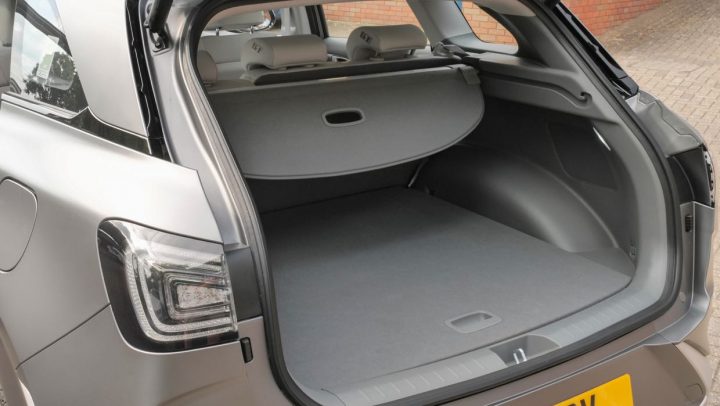 Hydrogen is sold by weight in kilograms rather than volume for between £10 and £15 per kg. It’s not cheap when you can find a filling station. In fact, overall cost for a given distance with hydrogen, FCEVS are more expensive than both diesel or petrol internal combustion vehicles, or pure battery electric vehicles.

However they are comparable with BEVs being exempt from congestion charges and VED. Service costs are also comparable with electric cars due to reduced moving parts to wear out. 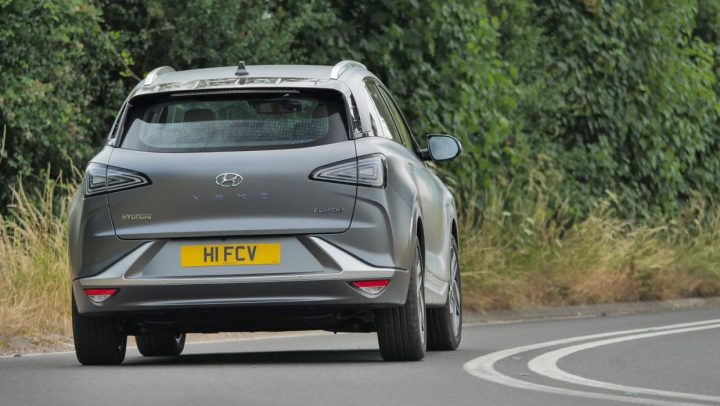 The Hyundai Nexo is a sign of models to come in a changing automotive parc and a pleasure to drive fulfilling so many roles with the issue of a refuelling network to hold it back. The car is streets ahead of EVs and lacks little against a similarly priced luxury executive car with a hybrid or conventional engine.

Hydrogen is one of the oldest and most plentiful fuels in the universe and there are hopes it will drive our motoring for the foreseeable future. With the Hyundai Nexo that journey will be a road trip to remember.