The mythical Safari Rally Kenya June 24-27, one of the most famous rallies in the world, returns to the FIA World Rally Championship this week for the first time since 2002.

The 6000km open-road blasts of yesteryear around East Africa have evolved to fit the modern WRC, but the Safari’s epic character remains with punishing dirt roads, picture-postcard scenery and exotic wildlife to the fore.

None of the WRC’s frontline drivers have experienced the Safari, which translates to  “adventure” in the Swahili language and brings a unique challenge to the 12-round championship.

Long straight dusty roads where speeds could top 200kph contrast with rocky rutted tracks that reduce cars to little more than walking pace. And with Kenya still in its wet season, rain can transform dry trails into glutinous mudbaths in a matter of minutes.

The interested spectators watching the action around Naivasha, 100km north-west of Nairobi, will, of course, be headed by the wildlife. The area is home to lions, leopards, giraffes, zebras and hippos, all keeping a watch on the red-hot action from a distance.

Testing is banned outside Europe so championship leader Sébastien Ogier and Toyota Yaris team-mates Elfyn Evans and Kalle Rovanperä journeyed to Spain to try to simulate what lies ahead on the Great Rift Valley roads. 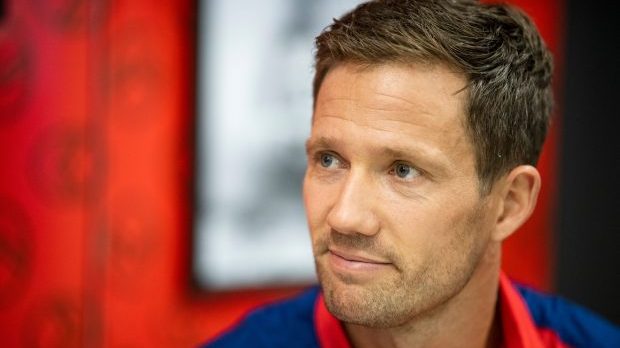 “I’m always excited to discover a new challenge in my career, and I believe this rally will be very different from anything I have done before,” enthused Ogier, who leads Evans by 11 points in the standings as the series reaches it midpoint.

“We’ve heard a lot that we are going to have to set our targets a little differently. The way we drive nowadays in the WRC is by really pushing the limits all of the time, but in Kenya it will be much more about trying to survive the rally without trouble.

“I think it can be interesting to have a challenge like this during the year. It has been hard to know what is the right way to prepare, so I think the drivers will probably have to adapt a bit during the rally,” added Ogier, who has three wins to his name this year.

Hyundai Motorsport prepared in southern Portugal and on a rally where a high rate of attrition is expected, Thierry Neuville, Ott Tänak and Dani Sordo hope the gremlins that savaged their chances at the most recent rounds in Portugal and Italy have left them.

While Neuville is 29 points adrift of Ogier in third in the championship, Tänak trails by 57 points after suspension damage sidelined his Hyundai i20 from both rounds when leading.

M-Sport Ford won the WRC’s last Safari in 2002 with Colin McRae, and the British team returns with Gus Greensmith, Adrien Fourmaux and Lorenzo Bertelli in Fiestas. Greensmith is reunited with co-driver Chris Patterson, who missed Italy for personal reasons.

Takamoto Katsuta drives a fourth Yaris on the back of career-best fourth place finishes at the last two rounds. Teenager Oliver Solberg replaces Pierre-Louis Loubet in the Hyundai 2C Compétition squad for only his second top-level outing.