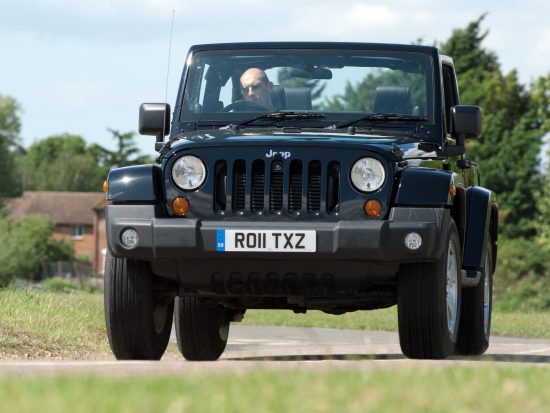 The Jeep Wrangler Diesel is proving a savvy used car purchase as values for the 2011 onwards Sahara and Overland models have risen over the last two years.

The study of the 4×4 market by automotive data experts hpi identified the Jeep Wrangler as one of the best-used buys.

Tim Bearder, used car expert at hpi, said, “Demand for the Wrangler is high. The high-end modification market is supporting prices of this model, and they are available in relatively small volumes. The overall effect is to support used values to create the rare phenomenon of depreciation free motoring.

“As access to new unregistered Wrangler models became harder, the only other option was to go out into the market and buy used examples, the requirement for these models from various design companies have driven this unusual trend.”

Bearder said, “If you bought a March 14 plate Sahara 2 door auto with 20,000 miles in July 2015 and just parked it in your garage, today it would be worth £450 more than when you bought it. It is unlikely that values will increase any more, with the return of previously sold vehicles into the market putting pressure on prices going forward, but, the Wrangler Sahara and Overland models have certainly bucked the Diesel 4×4 trend.”

The Jeep Wrangler is a true 4WD off-road vehicle that has a growing fan base in the UK. Models from 2007 are quieter and more refined to drive. It is also another alternative to the legendary Land Rover Defender, a model that has had similar fame but is no longer produced.

In November 2016 Jeep celebrated the 75th anniversary of the “car that won a war” with several special editions, including one for the Wrangler. These are worth keeping an eye out for in the future as the rarity boosts values.