The RAC yesterday coped with over 12,000 breakdown calls in what it said was the ‘worst-ever winter breakdown cocktail’.

RAC Breakdown spokesperson Rod Dennis said, “Yesterday was officially our busiest day for breakdowns on record, with around 12,000 drivers needing help, the equivalent of eight every minute of the day. Even our busiest day during the infamous Beast from the East in 2018 didn’t see as many people breaking down. 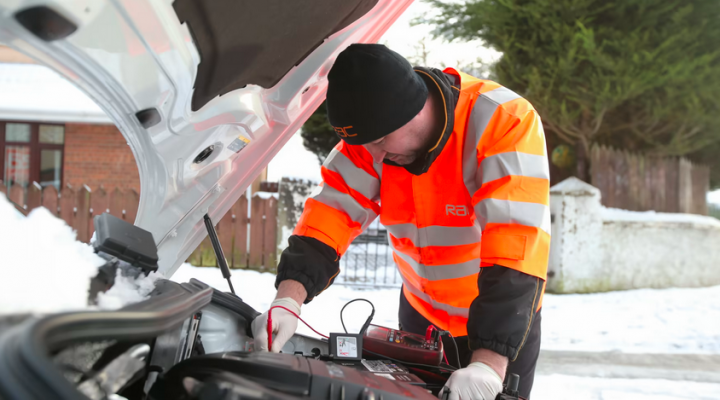 “We believe two key ingredients have combined to create the worst-ever winter breakdown cocktail – a sustained period of cold weather with an absence of widespread snow that would otherwise keep people indoors, and a big rise in the number of drivers who can’t afford to maintain their vehicles as we well as they’d like to due to the pandemic and the cost-of-living crisis.

“Today remains an incredibly demanding day for our patrols, with the rail strikes likely to force yet more people onto the roads.

“Hazardous road conditions are continuing this week following another major refreeze overnight. Those who have to use more rural roads that haven’t been gritted will need to exercise great care, delay or even abandon their plans.

“Before setting out, allow some more time to de-ice and de-mist your vehicle thoroughly. We urge drivers who have to make essential journeys to leave extra space behind the vehicle in front, reduce their speeds to give plenty of time to stop.

“Anyone still wondering if it’s worthwhile carrying an emergency winter pack with them should imagine how it must have felt for drivers stuck on the M25 for eight hours yesterday. Carrying warm clothing layers – including a waterproof jacket – as well as a blanket, sturdy footwear, a flask of hot drink and power bank to keep phones charged are all extremely important.”