You are here: Home / Features / Cycling / Welsh cycling ace is back in the saddle 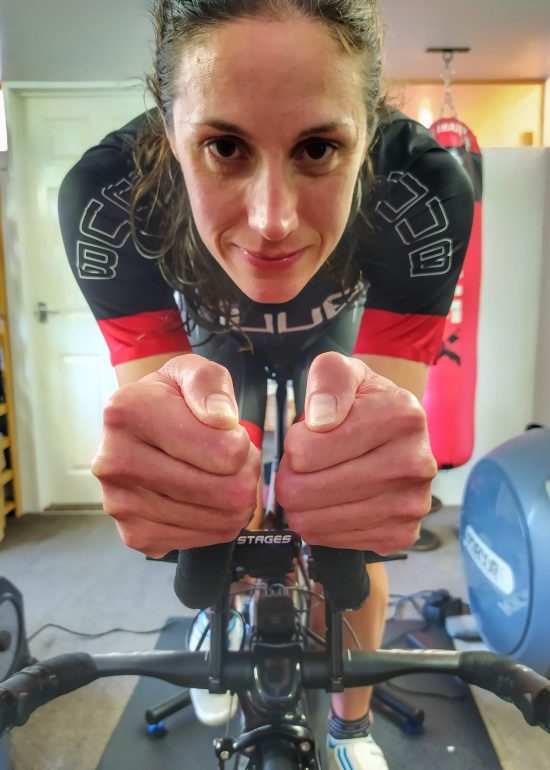 Top Welsh cycling pro Helen Jenkins is back in the saddle despite the Coronavirus lockdown.

Two-time Triathlon World Champion (2008 & 2011) Helen Jenkins is one of Britain’s most celebrated triathletes having represented Team GB at the Olympic Games (2008, 2012 & 2016) and World Championships (since 2009) and Wales at the Commonwealth Games.

After the whole sport has taken time out due to the COVID-19 pandemic, Helen joins some of the best triathletes in the world in a new Women’s Super League Triathlon eSports Cycling Series this week.

The event will see athletes from around the world compete virtually through Zwift, an online platform that combines athleticism with computer game technology. The recent success of the eRacing, along with its growing live TV audience, has led the organisers to suggest that Zwift eRacing could even be considered for future Olympic Games.

Having maintained her training throughout lock down, Helen is excited to be once again entering into a competitive environment against a stella international field – where she’ll be representing not only herself, but Great Britain as well!

“Its great to be back in the saddle again, allbeit just on the bike, but out there and competing is great!” adds Helen. “I’ve been keeping on top of training doing what I can while juggling the 2 kids. I am excited to have a hit out and a bit of competition and something to focus on while no one knows when or where real world racing will happen.

GB triathlete Helen Jenkins returned to racing back in February at Ironman 70.3 Dubai after to finish in the top 5 following a 4-year break that involved having two children and two spinal surgeries. At her first event back she finished 4th against a world class fields, just 1m30s off a spot on the podium, following the 1.9km sea swim, 90km bike and 21.1km run.

Helen’s next race planned was Ironman 70.3 Oceanside last April which has been cancelled due to the pandemic – making the Women’s Super League Triathlon eSports Cycling Series just her second professional appearance back into elite sport, following her phenomenal return and top 5 finish at ironman 70.3 Dubai in February.