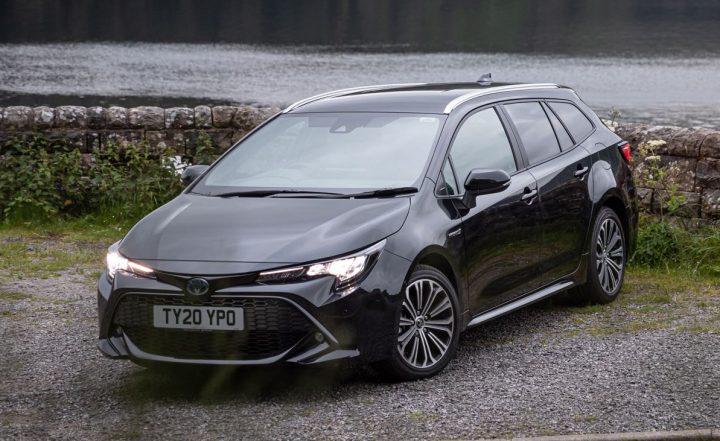 The world’s best selling car and most successful British-built, the Toyota Corolla, goes from strength to strength.

Toyota has been building cars in Britain since 1992 when the Burnaston, Derby factory came on stream as Toyota’s first manufacturing centre in Europe.

In June it assembled its 4.5M model, a Corolla Hatchback to add to the over 46M Corolla models built worldwide since 1966, including 850,000 built in Britain over three decades.

Toyota’s world leading production system is held up as an example throughout all industries and its belief in continuous improvement really shows in the current 12th generation, which replaced the Auris as the small family model from the Japanese brand. 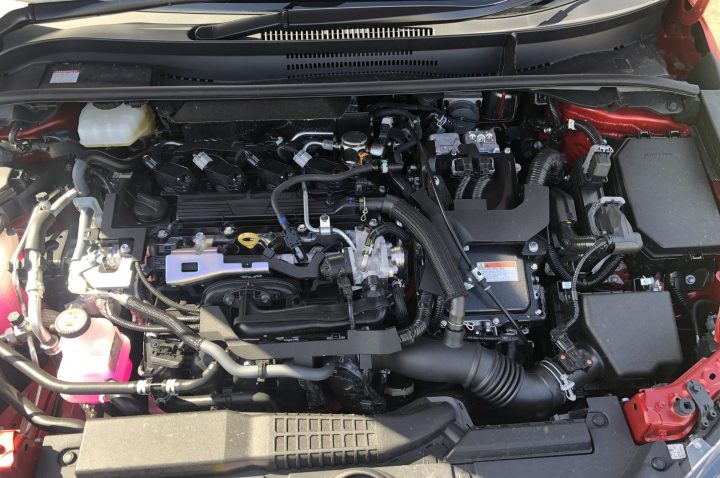 There are four trim levels – Icon, Icon Tech, Design and Excel – with additional feature packs and they run from around £24,185 to over £31,735. Within these you can also get the competition inspired GR Sport and higher riding Trek trim for the mild off-road users. 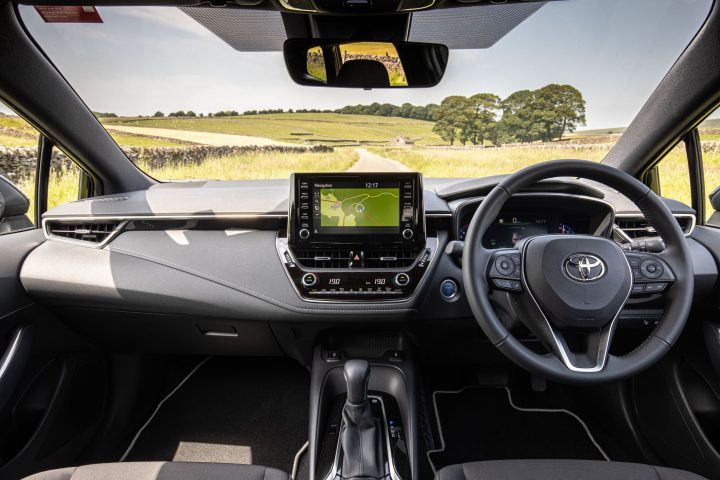 The 181bhp 2.0 hybrid is new to the range and joins the 120bhp 1.8 petrol hybrid unit fitted to the Saloon for the first time as well as the Hatchback and Touring Sports versions.

The Touring Sport and Hatchback are built in Burnaston, Derby and the Corolla Saloon comes from the company’s Turkish plant.

The new multi variable platform for the series has a shorter wheelbase for the Hatchback and similar longer length for the Touring Sports and Saloon.

The Touring Sport’s suspension has been fine tuned to cope with light or heavy loading and its been introduced for the European market in particular with a strong emphasis on roadholding. Toyota designed a new multi-link rear suspension for the latest Corolla and the coil springs are positioned to maximise the Touring Sports loadbed capacity.

Our 2.0 hybrid Corolla Design Touring Sports with CVT is going to become a very popular addition to the lineup bringing improved performance as well as an easier driving style without sacrificing economy. 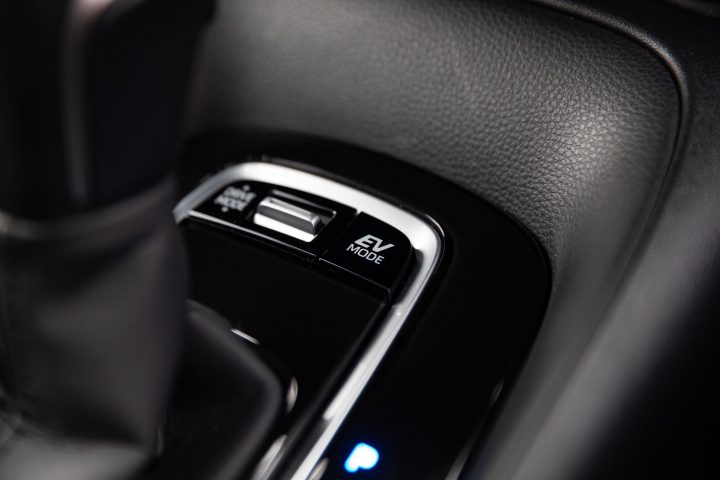 The smoothness of the intelligent power-train is mightily impressive.

Left to its own automatic devices or encouraged along through the sporting side to the gearlever, the flowing power and creamy changes really make it feel like a much bigger engined car.

Then a glance at the modest fuel consumption confirms you have something special under your foot and in your hands.

It’s not outstandingly quick but very respectable when accelerating.

The motorway maximum is reached in a little over 9secs and then it cruises without stress or strain.

Initial start-up is always electric mode but you can tune that to be eco, normal or sport for added responsiveness, and the petrol engine slips in almost unnoticed when needed. When that’s running, the noise is muted after the hum from the electric power system.

Ease off and there’s good retardation from the system; brake and it further increases so you are always pushing power back into the battery of the self-charging Corolla Hybrid. 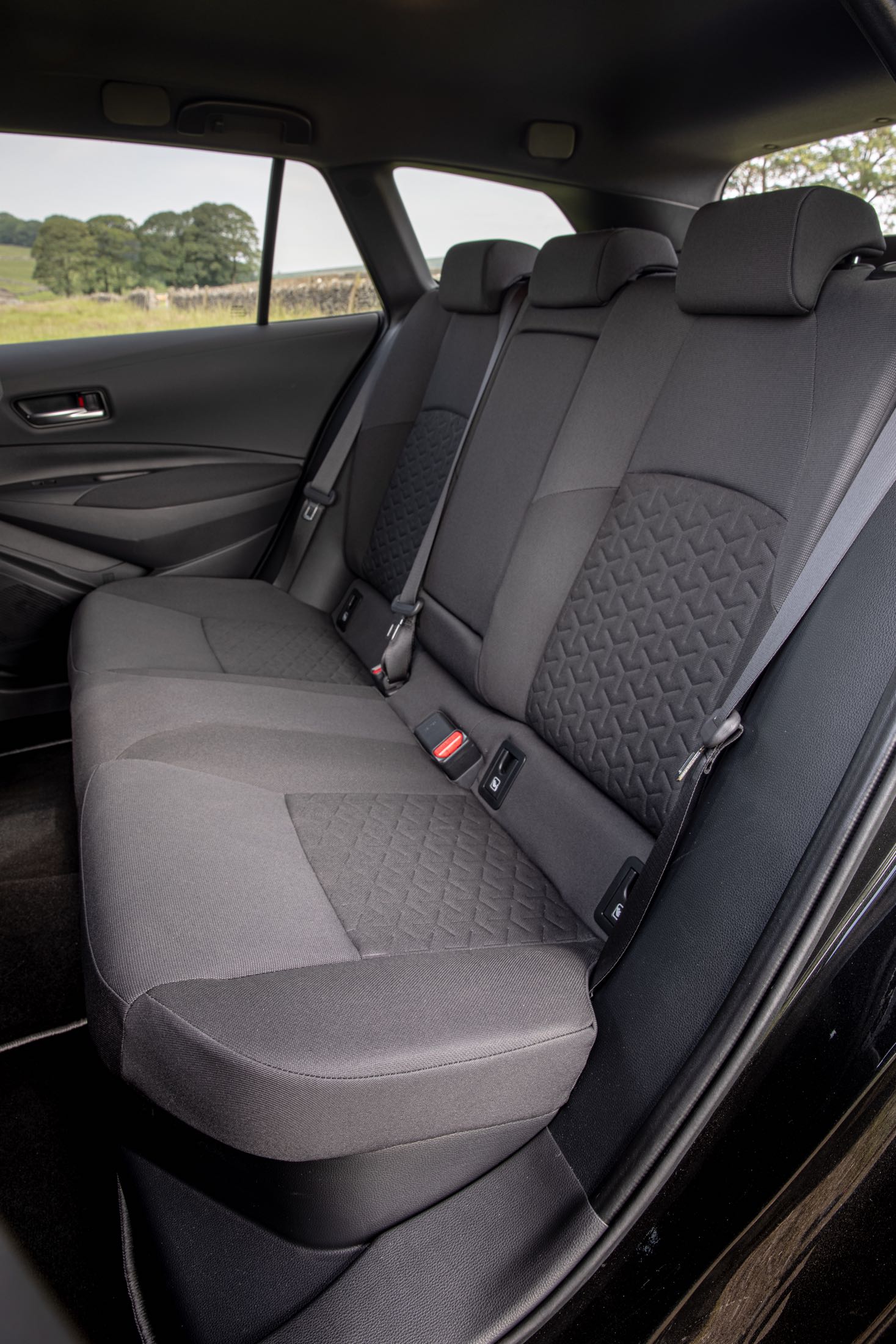 Brake feel is progressive and strong while pleasantly smooth and if you appreciate feedback, the steering beautifully matches the brakes although some may find it too light.

The turning circle is reasonable and there’s no kickback over bad surfaces or vibration at motorway speed; it just goes where you point it.

The handling is good, adhesion is excellent although it can get a little light at the front end but the ride is very smooth overall and irrespective of how heavy you load it. 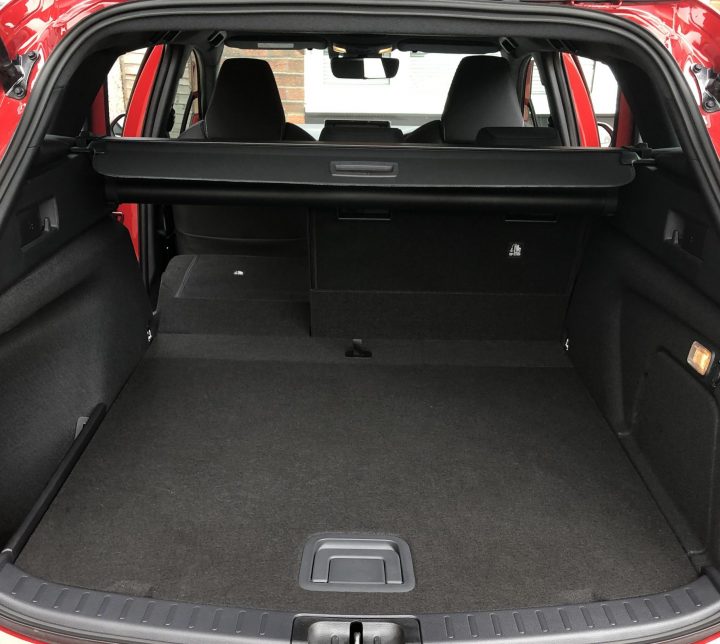 Loading and access are very good throughout, with a knee-high flat floor, sensibly shaped and quickly expanded space thanks to 60/40 split seatbacks. For driver and passengers the head, elbow and headroom is good and seats’ adjustment infront is excellent and comprehensive.

The front seats are, to my mind, among the best shaped in any car, even a much more expensive luxury or executive model, because they wrap around you, support and locate the occupant, and they are very comfortable. 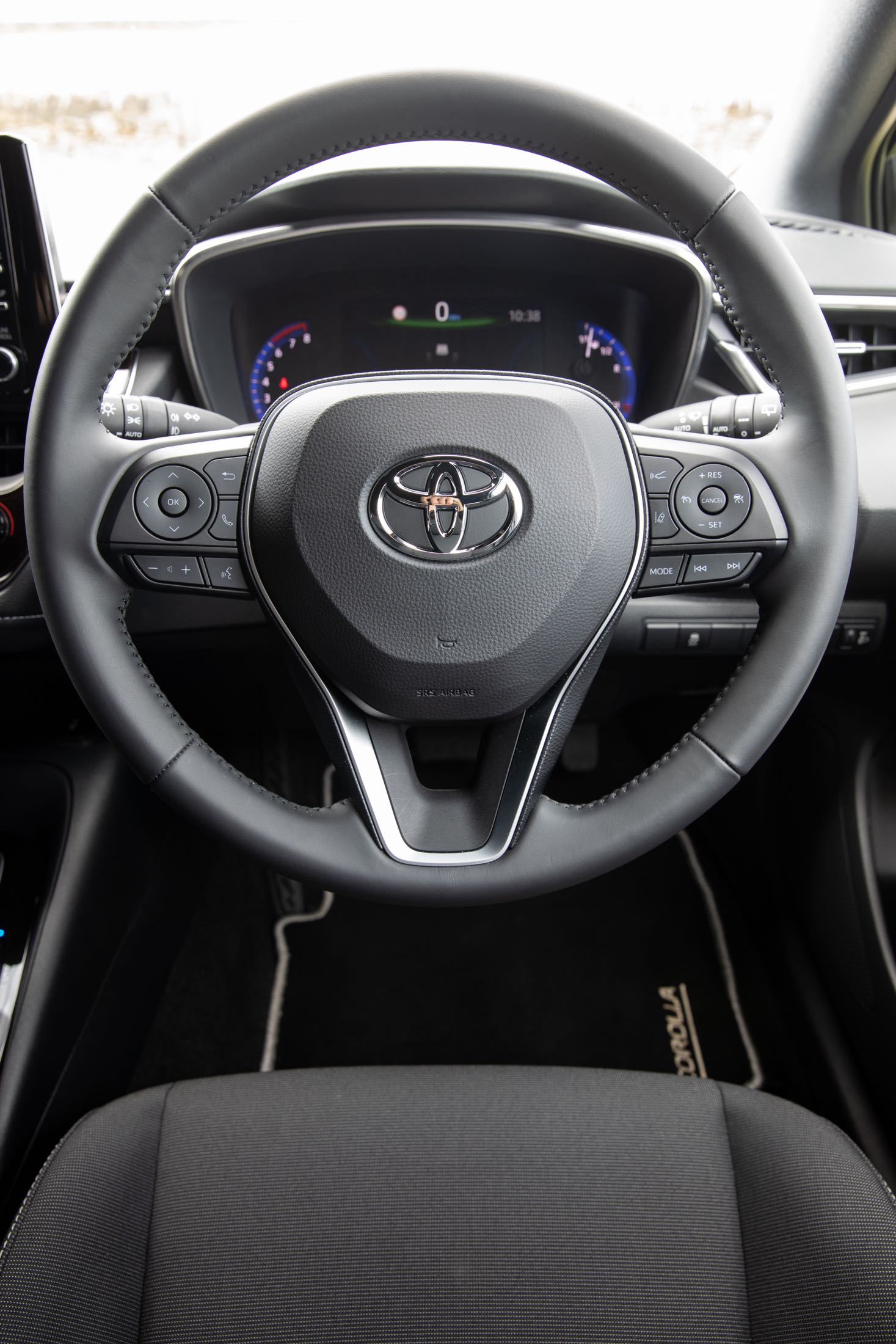 The driver’s secondary controls are mostly grouped on the wheel spokes or a pair of column stalks but the large central infotainment display does a multitude of tasks and that can distract from the road ahead. A few buttons beneath look after heating and ventilation with separate front seat heaters on the central tunnel console ahead of the gearlever.

The h&v is effective at filling the cabin with air at desired temperature and distributing it throughout, aided by powered windows throughout.

For a family car I was disappointed by the very limited oddments room for the two/ three in back, with just very small door bins and a sole pocket on the back of the passenger seat.

Infront there were bigger door bins, a decent sized console trays and a neat cubby box which carried the aux and 12v points. 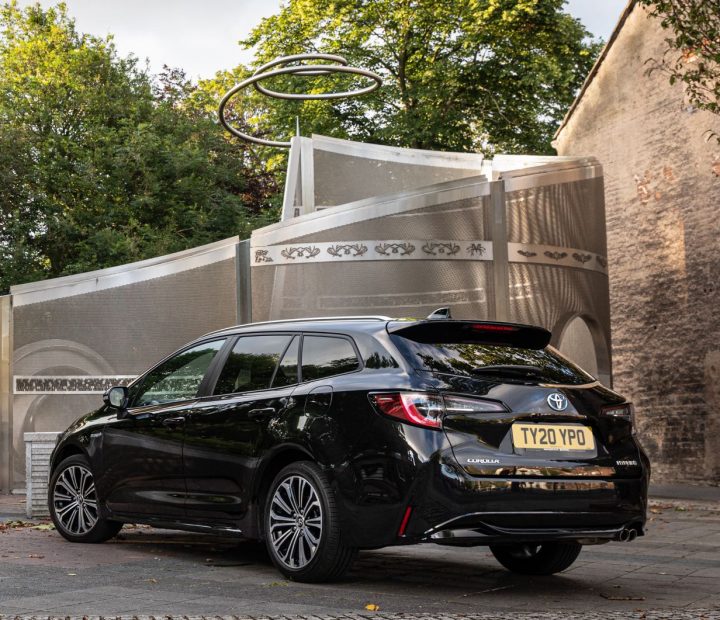 The smooth powertrain and slippery shape of the Corolla Touring Sports help keep down noise sources and the most noticeable are sounds from the tyres and suspension, although they are modest except over really coarse surfaces. The whole experience behind the wheel of the new 2.0 Hybrid Corolla Touring Sports is one of sophistication and strong refinement that comes with continuous improvement over 54 years. No wonder it’s a world-beater.