The new Suzuki Vitara 4×4 with latest hybrid technology is a sign of things to come from this Japanese brand which consistently punches above it weight, writes Robin Roberts.

It learned a lot when launching the first hybrid technology in 2016 and building on that with the added benefit of its strong and impressive all-wheel-drive experience which is available throughout the Suzuki range of cars means that the latest Vitara is a very strong offering in the market. Allgrip adds £1,800 to the SZ5 price of the standard 2WD models.

It’s highly equipped with the latest safety aids, is comfortable if not as roomy as some rivals, has excellent soft-road and modest off-road ability and now gets the latest 1.4 Boosterjet petrol engine combined with a thumping 48v electric motor which acts as a supercharger.

It means emissions are some 20% below the previous model while providing more pulling power and lower fuel consumption overall on WLTP tests. That will cut tax and fuel bills. 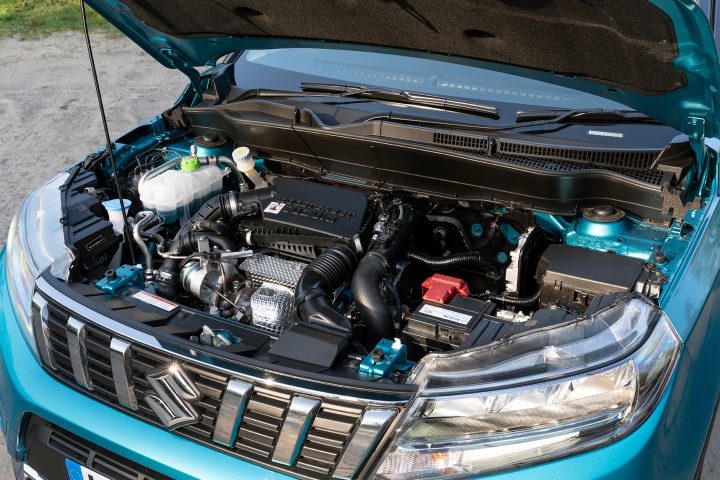 The ISG acts as both a generator and starter motor; it is belt driven and assists the petrol engine during acceleration from stand-still with a higher level torque of 235Nm available from 2,000rpm up to 3,000rpm to boost mid-range response as well.

The compact and lithium-ion battery stores electrical energy recovered from deceleration and braking and incorporates an idle stop function operated via the Integrated Starter Generator. The battery, along with the DC/DC convertor unit, is located under the front seats to assist overall weight distribution. It is not a plug-in hybrid.

It’s sophisticated brain allows the electric motor to keep the engine idling when stationary or driven up to 10mph and shuts off the petrol supply until needed for acceleration. It also acts as an electrical supercharger to quicken responses and give a more linear feel to the power delivery as you accelerate. 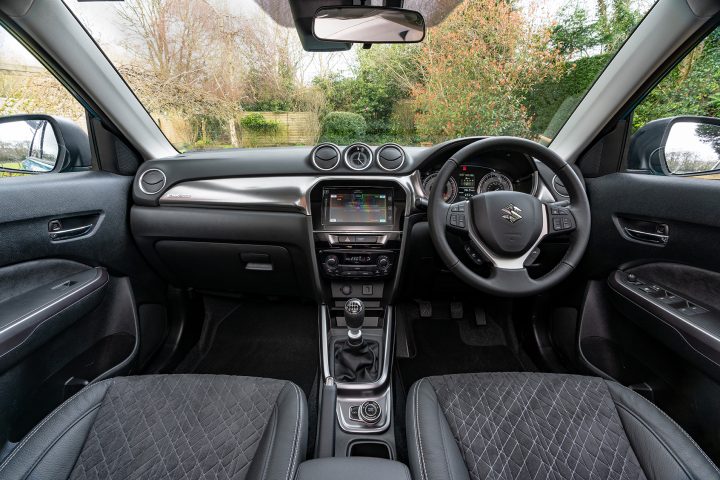 This revised Boosterjet 1.4-litre engine has been designated as K14D, incorporates a new electric Variable Valve Timing system for the intake valves as well as new design fuel injectors and a higher pressure fuel pump. The exhaust camshaft side is controlled via a conventional Hydraulic VVT actuator.

It’s a good performer with a smoother power delivery than previous models and while its not a performance SUV it has a decent turn of speed and a light clutch with neat gearchange action to make the most of the developing power.

I liked the footbrake’s progressive action and power increase but was less impressed by a conventional parking brake which really needed to be hauled up to hold on our regular test hill. The steering circle was tight and light but with reasonable feedback at speed and no vibration of kick-back.

Ride quality was reasonably good over all surfaces, firm over the worse sections of potholed tarmac, with little body roll and no real pitching or dipping, but you could always hear the suspension working with a rumble from the tyres.

Suede and leather covered seats were well sized, shaped and supporting with a wide range of adjustment for short to tall users infront but the knee-room was a squeeze behind if you were six-feet or over.  It’s a five seater with a good sized boot which doubles capacity when the rear seat-backs fold away. Its easy to load the boot and also for occupants to climb into the cabin. 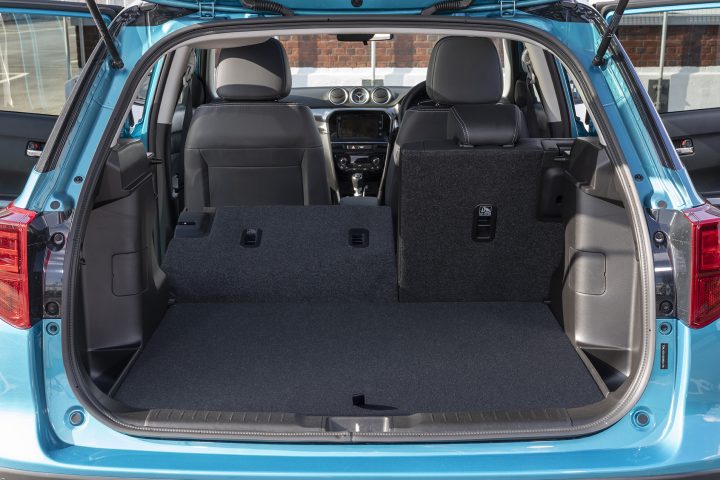 The cabin is a little too dull for my liking with little relief on the dark plastic apart from a silver-dot fascia trim on the test car, but everything comes to hand very easily on the wheelspokes, fascia or console, and the systems work well. It’s much the same with the infotainment display and controls, a modest sized screen with touch features and some basic graphics.

Heating and ventilation controls are thankfully on a separate panel beneath this display panel so you don’t have to fiddle with touchscreen settings which can be distracting. 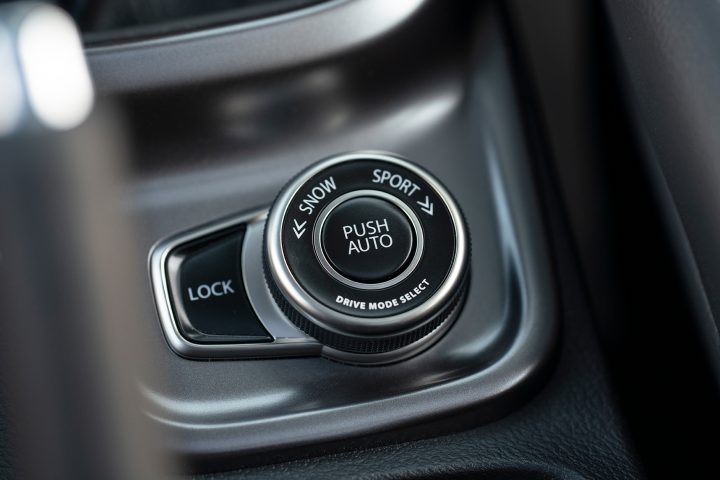 Even the mode control was a simple rotary switch just behind the gear-lever with lock button next to it so it was elementary to use with clearly marked settings. Apart from the tyre and suspension noises the Suzuki Vitara Allgrip was a fairly quiet car, the engine wasn’t unduly noisy and it did not suffer from much wind or other mechanical noises. 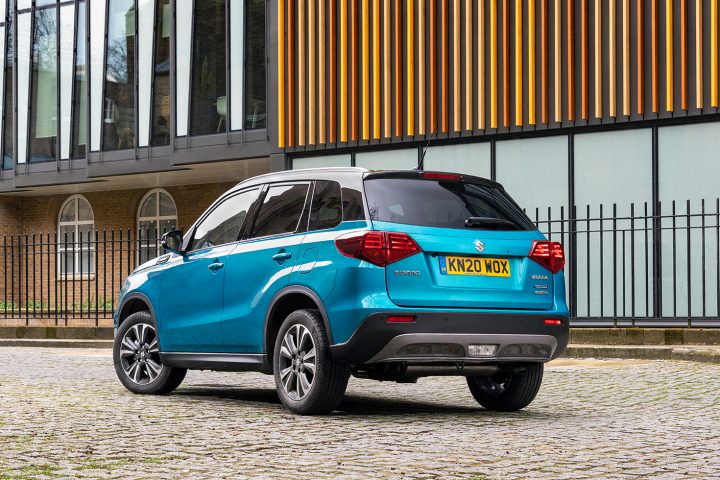 With the sophistication of the powertrain, the quality feel to the seating and lack of noise you really felt like you were in a premium brand model, except for the shortage of room and the dull interior.

The Suzuki Vitara Allgrip has to be one of the best value 4×4 SUVs available in the UK today.