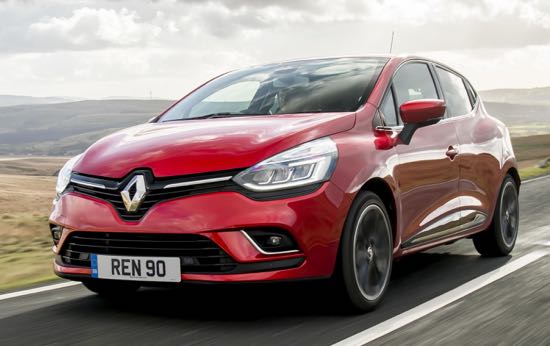 Consistently one of the best sellers in the Renault range and frequently refreshed, the Clio hatchback can hold its own against rivals and is positively ahead of many with its refinement, says Robin Roberts.

It slots very well into the family sector in terms of size and design, its powertrains cover the most popular choices and it’s very well priced.

The current Clio IV range runs to almost 30 models in six trim levels based on three petrol and two diesel power offerings with manual or automatic transmission and from £12,225 to £22,775.

Our review car cost about £2,000 more than the standard version being fitted with extras including techno pack comprising multimedia system with hands-free connectivity, parking sensors both ends and reversing camera, metallic paint, tinted windows and spare wheel. These are highly desirable options to be considered.

It is the most popular in demand and we loved the combination of 110hp diesel with its effective 8-valve design keeping down engine noise while delivering reasonably good responses. 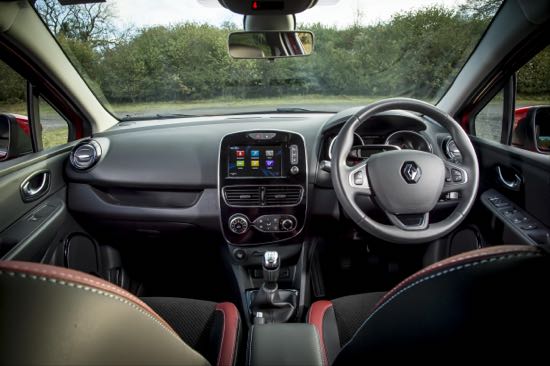 A light and progressive clutch smoothly fed in the slick effortless six-speed economy chosen ratios and the balance to the footbrake made town and open-road driving very easy-going. I thought the handbrake was set for the left-hand-drive market and not so convenient if you have a large hand, but the adjustable column and steering were excellent.

Secondary controls are a mixture of well and poorly placed buttons, some immediately in sight while others were hidden behind the wheel-spokes or low down on the fascia. Instruments were not marked in detail but easy to read nevertheless and had a central multi-function info panel directly infront of the driver, with an easy to use and very clear Apps screen on the console.

Simple heating and ventilation controls for distribution, output and temperature were effective and the system worked well throughout the cabin, with powered windows but no sunroof option. 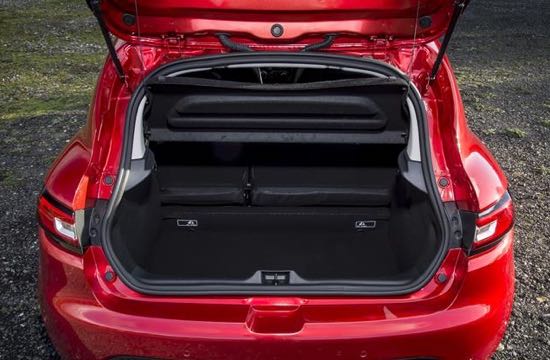 Oddments space was a series of small compartments with irregular door pockets and you do not have a big place for a box of tissues, for instance. Seat back pockets are provided for those in the back. There was a modest lip to the boot and it’s regular shape quickly increased when seats dropped meant it was very practical.

For driver and passengers the doors opened wide, you could slip in with little trouble and there was good room once seated with plenty of leg and headroom in the front in particular.

Visibility was a slight issue to the back with thick c-pillars and a high waist giving a small back window. Your really need those parking sensors and the optional camera is one of the clearest I have ever used, including on much more expensive cars. Lights and wiper were very effective.

The Clio’s ride quality was very good, bad surfaces being shrugged off although they could be heard underneath, and the wrap around front seats securely held driver and passenger and adjustment was comprehensive for any size or shape of user.

As well as being comfortable the Renault Clio’s handling was accurate and responsive, giving it an agility belaying its size and never causing a moment’s concern.

However, I was a bit concerned about the claimed average consumption indicated by Renault’s Euro-tests of 80mpg. I thought I was doing very well to get over 50mpg most of the time and it never went below 44mpg when pressed in heavy traffic and with frequent gear-changes, but that lab-tested figure seems a French fancy. 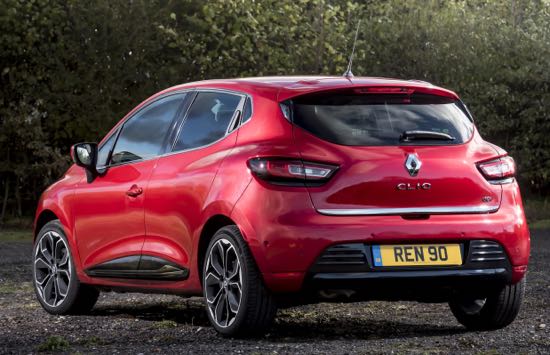 The economy in my hands was very acceptable and realistic and combined with the sophistication and refinement of the Clio Dynamique S it becomes a very attractive family car with low running and ownership costs.