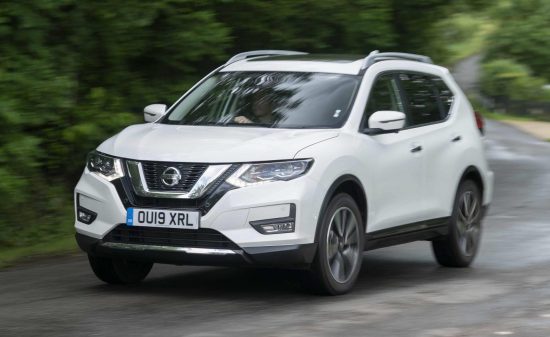 The Nissan X-Trail has been a long-lived and much loved member of the Japanese family, sitting above the smaller Qashqai SUV with which it shares much of its components and technology.

Launched in 2001 as a tough dual purpose 4×4 alternative to the bigger and heavier Patrol 4×4, the X-Trail has gone through three generations and it cannot be too long before it is again revised or replaced, possibly with a platform from the sister company Renault or as a new model for both brands. 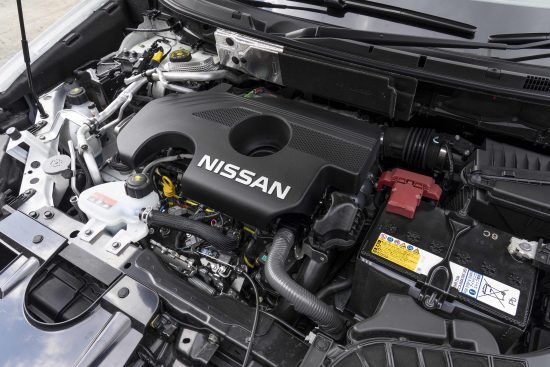 Nissan has a lot of faith in its X-Trail series and as if to underline that belief it sent us a May 2019 registered model with 14,500 miles recorded, way more than most press fleet models we sample.

It’s a brave decision and initial impressions were favourable.

For a model which has had a hard life on a press fleet it felt used but not abused. The leather wrapped steering wheel had a delightfully smooth, worn look and all the  pedals, the gearchange and steering had a very easy-going feel and light operation and even the stalks for lights and wipers still felt taut. 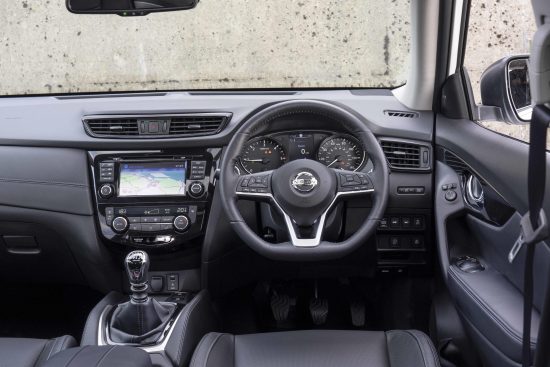 Secondary switches were silent when pressed and the powered seat switches immediately worked along with the heated cushions frong and back, backrests and steering wheel. The seats were of generous size and with only slightly raised edges were very easy to slip into if not particularly good holding you when cornering.

But the test car was showing its age with an old fashioned small infotainment display in the centre of the fascia and a slow responding one at that. The driver’s essential instruments were compact but clear for engine speed and road speed and split by another multi-purpose panel for all manner of car related information.

More controls on the wheelspokes covered the sound system, phone links and incremental sections for the other displays which could be called up. 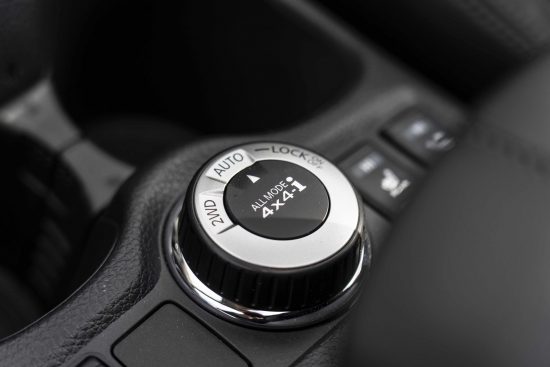 I am not a fan of having so much crammed into the infotainment panel display as it detracts from the driving if you need to use it. However, Nissan wisely decided to keep the heating and ventilation controls for temperature, distribution and output below the panel display, so all was not lost to the screen.

Oddments room was very good infront or back and the optional third row of individual seats dropped flat into the loadbed floor to gradually increase the nominal 135 litres bootspace to 445 litres when five seats were occupied and onto nearly 2000 litres when used two-up. That really is a useful feature.

A near waist-high loadbed was easy to use and could be access from the side doors while passengers could also easily climb in or out. Seats’ adjustment was excellent and the movement of the column allowed a wide range of driving positions. 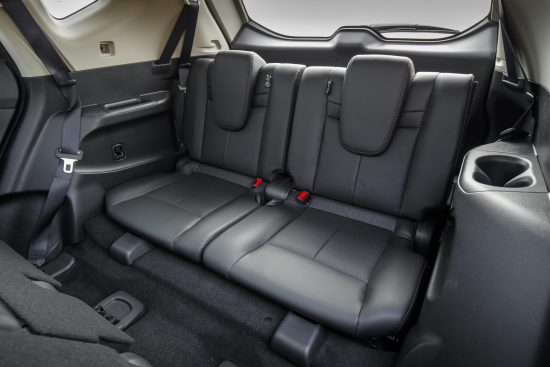 The chosen ratios meant it could be stirred along through the six gears but fifth and sixth were really for main road cruising and with a load aboard you’d need to be patient to get anywhere.

This possibly explains our over-40mpg fuel consumption, whereas a longer set of upper ratios would have pushed this higher while allowing for more flexible gearing in mid-range situations.

It is a big car at nearly 1.9 Tonnes and with this 150ps engine it was not particularly brisk but it did have good roadholding even it it was not very agile. The standard 2WD can be selected for economy or you can move to automatic and let the system decide what’s best, and you have a dedicated 4WD setting and then a lock setting to ensure you get out of any trouble you run into off-road. Limited only by its 21cms ground clearance, the Nissan X-Trail is a surprisingly good off-roader. 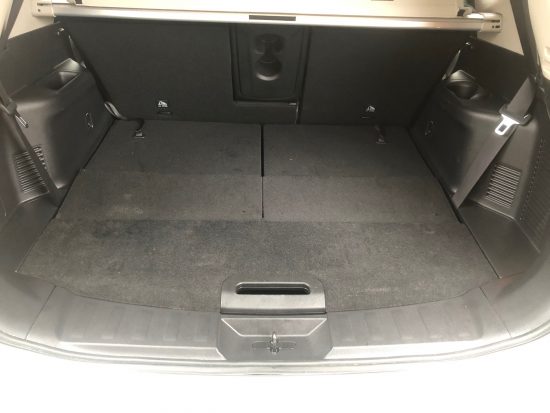 The demands of the electrical system can be huge however and we found it was too much for the test car’s battery after a series of short runs and it refused to start on one occasion, necessitating an RAC call-out, which took over two hours to arrive but just a few minutes to boost charge and see us moving again.

Whether or not that was an age-related battery problem we don’t know, but it is a very unusual occurrence with any test car, but possibly shows how much power is drained by a self-starting-charging system. 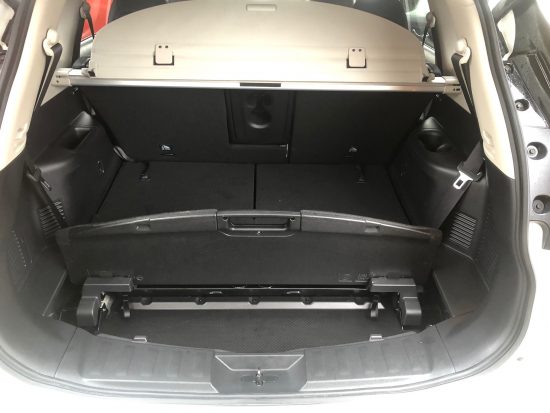 The 2.70m wheelbase, soft seats and springing combine to give a very good ride over all surfaces, with modest body roll and pitching and in 2WD or 4WD the roadholding was good even if the handling was not taut. Visibility was clear all round with a low waistline, deep windows, all round cameras and sensors and backed up with big wipers both ends and bright intelligent headlights.

Noise levels were confined mostly to that hard working engine, with some suspension bump-thump and a few other mechanical clicks and groans. 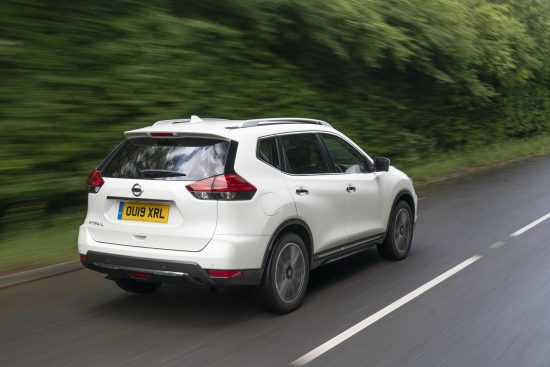 Personally, the interior design looked black, dull, featureless and not as bold as the exterior might lead you to expect but I suppose it’s wipe-clean surfaces would be easy to maintain in a family working vehicle. The Nissan X-Trail does a good job and is equipped for many roles, which it’ll do very well, but it is not class leading by any stretch of imagination.