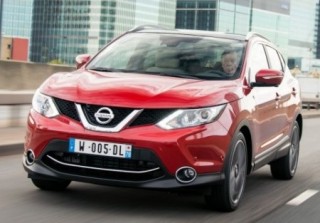 Mum’s the word when it comes to the new second generation Nissan Qashqai now going on sale.

While most designers agonise over the finer points of shape and style and marketing departments pour over running costs, the senior engineer responsible for the marketability of the new second generation Nissan Qashqai, Mark Fowler, applied a more down to earth consideration – would his mother like it.

After four years of developing the replacement for Nissan’s most successful modern trendsetting Crossover it all boiled down to a simple question he said at the launch of the new version in Spain, “I asked myself if my mother would like it.” Mrs Fowler’s answer was a resounding “Yes”.

The Nissan Qashqai now going on sale is an evolution of the original introduced in 2007 and which has sold two million globally including about 250,000 in the UK, uniquely increasing sales every year to a record 49,654 in Britain in 2013 and becoming a UK production success story over the last seven years as it has moved up to become the 6th best seller in Britain.

The 2WD Qashqai created a class when it was launched bringing D-sector roominess to a C-sector sized car and it embodied what a lot of people wanted as the UK and the world sought solice from the recession after 2007. 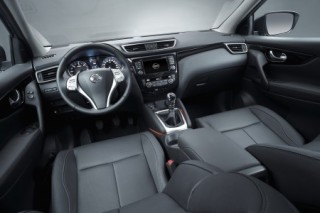 Using the experience gained from the original and questioning existing owners, the latest Nissan Qashqai was shaped and refined with input from engineers and technology experts so the car now going on sale is one of the most technically advanced in its class and also lifts the model into a more premium class. It’s also going to be a mum’s favourite.

From the user-friendly dual-floor loading area which can safely store shopping and prevent bags sliding about and spilling contents to the up-front fully integrated Bluetooth compatible and App-friendly communication system with state of art navigation it will make owners appreciate what they didn’t know they needed.

Displays are not only big and bold for easy reading but their content runs to driver refinements which can be selected for steering, chassis, safety and economy functions.

Between the two ends of the Qashqai you also have a longer, wider and internally higher car which somehow manages to sit lower on the road and has more leg and shoulder room as well as real-world oddments space increased.

It is also the most British of cars, designed by Nissan centre in Paddington, developed by their Cranfield technical centre and built for worldwide sales in Sunderland it has undergone thousands of hours of testing on UK roads and test tracks to deliver a car which fully meets and exceeds British expectations. 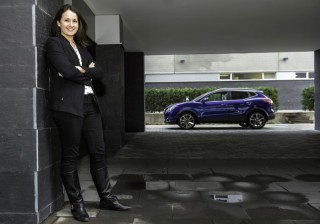 Rachael Gregory is the Qashqai manager for Nissan UK (left) and says the newest model is not only cheaper to insure and run but existing customers get a loyalty discount PCP leasing plan and there is a Premium limited edition model of just 290 in the UK with special packages and trim touches to recognise its achievement for the brand.

Significantly, with 60% of sales expected to go to fleet and business users the changes have raised the residual value of the car to a remarkable 53% compared to 42% over the original launch model over a three year running cycle.

“This is going to help us win new business but the fact is we have a very high loyalty and customer retention rate and we believe the new Nissan Qashqai will improve that still further because the new model is an even better proposition than the original,” she said.

The new Nissan Qashqai raises the bar for the crossover category it helped establish seven years ago.

Building on the distinctive looks of the original, the new model is altogether more stylish and flowing in form while under the bonnet sits the latest range of small petrol and medium sized diesel engines in a chassis which is the first utilisation of Nissan’s common modular platform which will be used on subsequent models in the Renault and Nissan alliance.

To all intents and purposes only the name is the same. Everything else is new and it shows.

The immediate impression for the driver is a very smooth riding yet sharper handling car, and despite the small 1.2 engine size the performance is very practical and capable.

Both this and the 1.5 diesel manual were powerful and flexible with good steering and braking responses, well laid out secondary controls and truly excellent visibility all round.

Room is very good and the boot-floor is just below waist height for easy use while the cabin has an enormous range of compartments and bins.

The sophisticated info-tainment system is straightforward to use and clear to understand while the heating and ventilation is efficient yet simple.

The 1.6 diesel Xtronic is the most sophisticated of the new range. 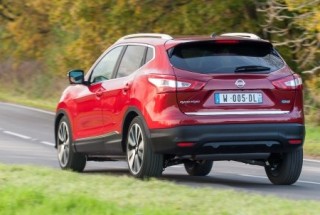 Not only does it work seamlessly but also with very low engine noise and good responses to the throttle.

In heavy Madrid traffic the stop start feature was unobtrusive and effective, helping towards our overall figure of 47.6mpg, easily beating the smaller diesel and petrol engines figures of 46.1mpg and 42.7mpg respectively.

It cruised quietly on major roads and the ability to slip into sport mode at the flick of your wrist meant you could make very good progress on twisting country sections.

More than any others in the range, the 1.6 Xtronic lifts the new Qasqai into the ranks of the best competitors from Germany.