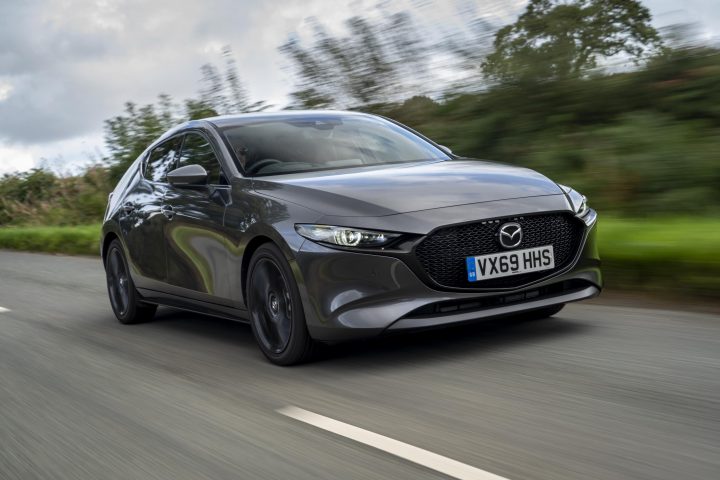 Some cars are just in your face, over-hyped and over-sold, but not the Mazda3.

This refreshed and revised mid-sized model has an appeal with its restrained but attractive styling, purposeful fittings and ultra efficient powertrains. Oh and a growing list of awards, particularly with a “family” cachet to them.

Perhaps, not surprisingly, its economy has won praise from those canny Scottish motoring journalists north of the border and at the other extreme in mega-rich Dubai in November it was voted “Supreme Winner” at the 2019 Women’s World Car of the Year awards. Could any awards offer a wider contrast?

Certainly, no other car this year has achieved this unusual duo celebration. Which just goes to show the Mazda3 is a car full of not one but many characters. Even hybrids power some of them such as our 2.0 Sport version delivering180ps.

The UK range is heading towards 30 models in four trim levels, manual and automatic transmission, saloon and hatchback body styles, cutting right into the heart of the UK buyers’ market. 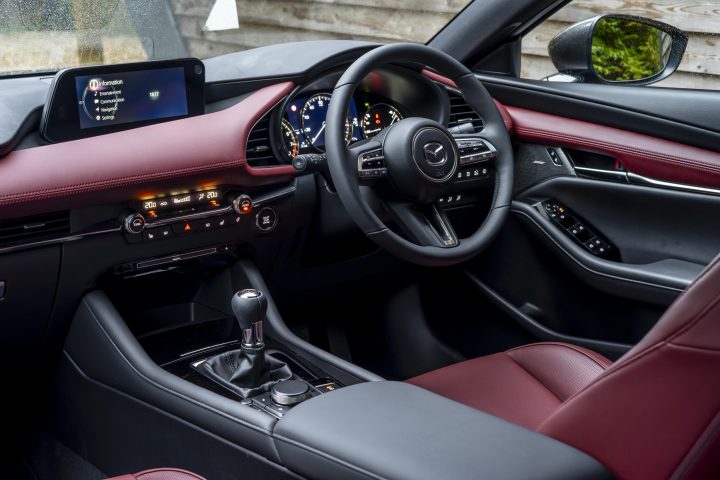 Providing drivers with the free-revving performance of a petrol engine combined with greater efficiency, the 2.0-litre four-cylinder 180ps Skyactiv-X engine features the highest compression ratio for a production petrol engine in the world, while its lean burn capabilities ensure outstanding fuel economy and low emissions. 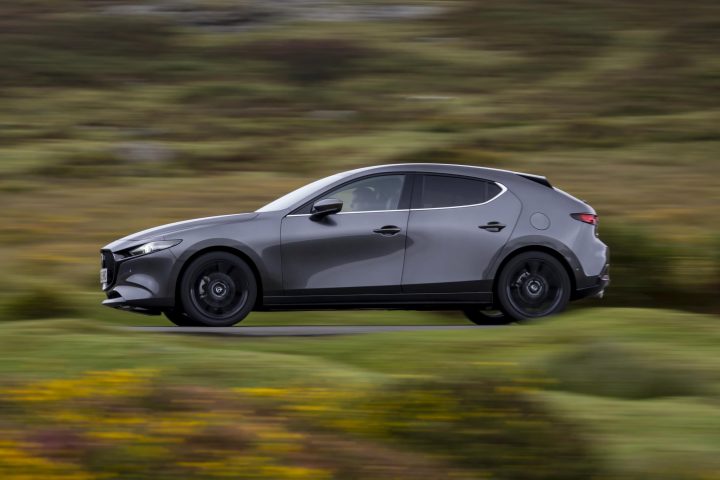 Behind the wheel of the 180ps Mazda3 five-door hatchback it’s a delightful experience with the power instantly available, the pull is strong and continuous and the gearchanges are velvet smooth. It really is a different driving experience to most similar sized petrol engines, even from prestigious marques.

It often felt a bigger sized engine, so smooth and eager were its response, and its economy was very good while emissions were also very low. 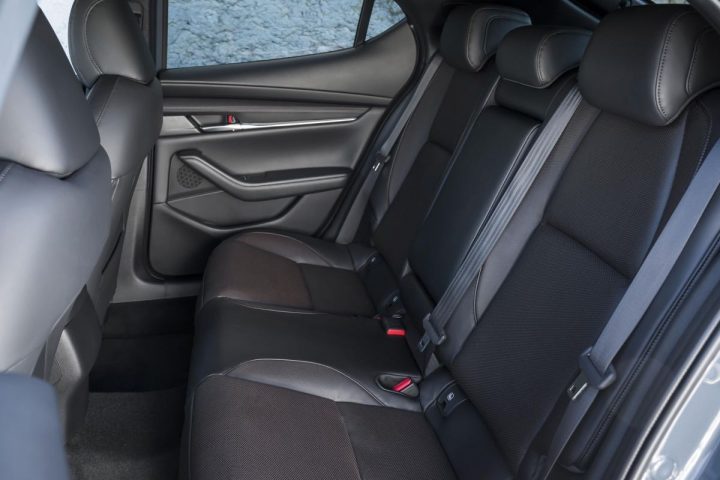 That engine refinement continued through the six-speed gearbox and lever which was conveniently positioned and had a light direct action with a smooth and progressive clutch underfoot. The throttle was neatly weighted and the footbrake was strong with good feedback contrasting with the electronic parking brake and its on/ off feel.

Secondary controls all fell to hand and fingers without groping but there’s a lot to take in and markings may be on the small side for some older eyes, not helped by an overwhelmingly black interior finish throughout.

By contrast, the driver’s display infront was very big, clear and easy to read and included a selectable panel of information. 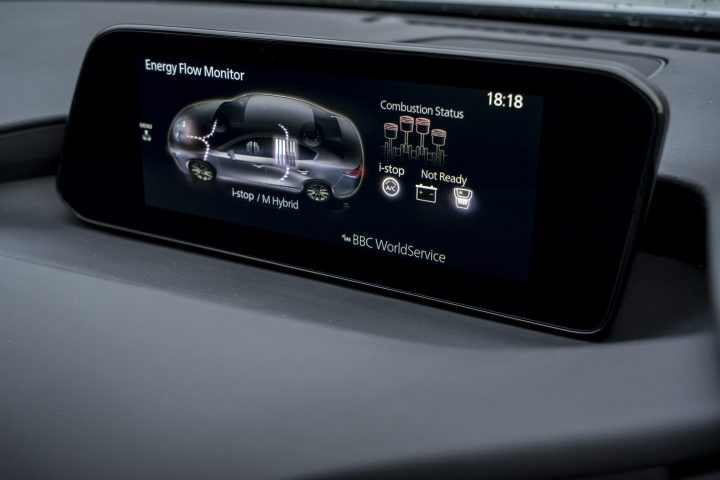 A modest sized screen to the left and over the central console was the infotainment display which operated with a mixture of touch-screen and large control knob behind the gearlever. This display could be quickly changed and refreshed.

Thankfully, the car’s heating and ventilation was controlled by rotary and push buttons immediately below the central screen and it worked very well, quickly, comprehensively and thoroughly for all occupants to benefit. Powered windows were quick on the four doors.

Oddments provision was good throughout with door bins, trays, cubbies, glovebox and seat pockets to serve a family on the move and the boot was reasonably sized and not difficult to load.

For driver and passengers the access was unobstructed, the seats neatly shaped and supporting all but the most long-legged occupants. I appreciated their variable heating ability with heated wheel on some cold days

The front pair had a reasonable range of adjustment including power lumber for the driver but their actual buttons for adjustments were on the small side. Leg, shoulder and headroom were good. 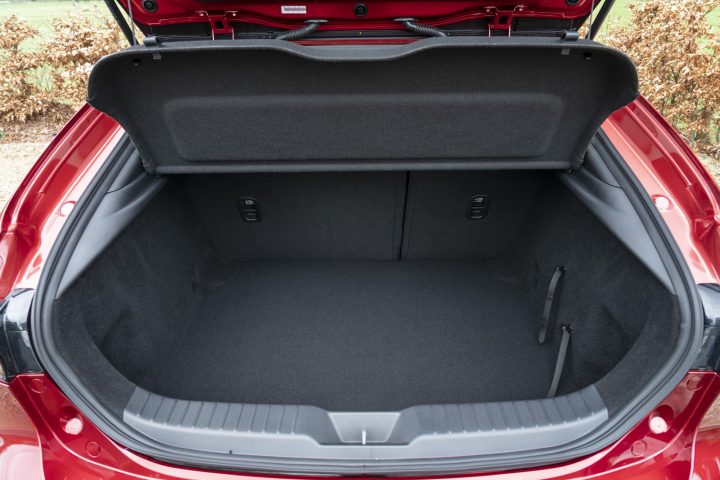 Visibility was good to front and sides with good headlights and wipers but over the shoulder when pulling out or reversing it was more restricted by the roof pillars and the rear window was shallow.

The engine noise was muted most of the time, became a bit thrashy with rising revs through the gears but once cruising on the motorway it was more composed. What was always present was a distant road rumble and sometimes a pothole could be heard,

In fairness the impact was rarely felt and the Mazda3 did ride very well over nearly every road we used. 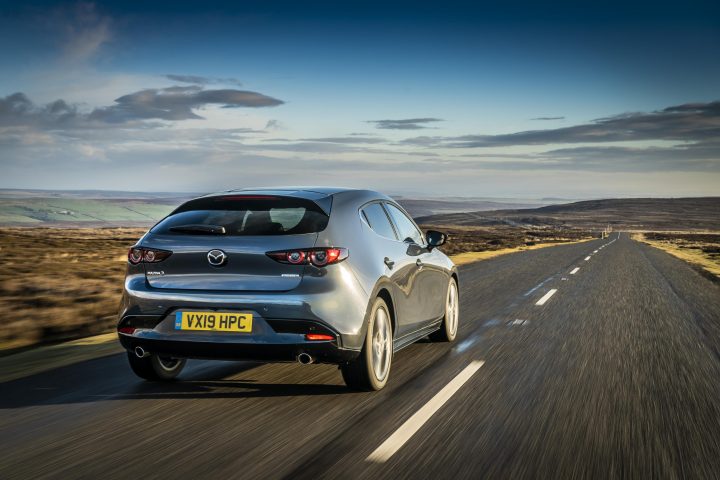 Mazda3 links with its family stable of sporting convertibles and coupes could explain the precision of its handling, its grip, its vice-free character, and reassuring confidence on the road.

It really has a lot going for it with nothing seriously detracting.