The more you drive, the more energy you save with the latest Hyundai Ioniq Plug-in Hybrid,  writes Robin Roberts.

It sounds illogical but it’s true because the familiar standard 1.6 litre petrol engine is now joined by a more sophisticated electric motor and battery system which recovers energy lost during braking.

This recovered energy when transformed and pushed into the 8.9KWh traction battery means its pure electric range grows as the miles pass. 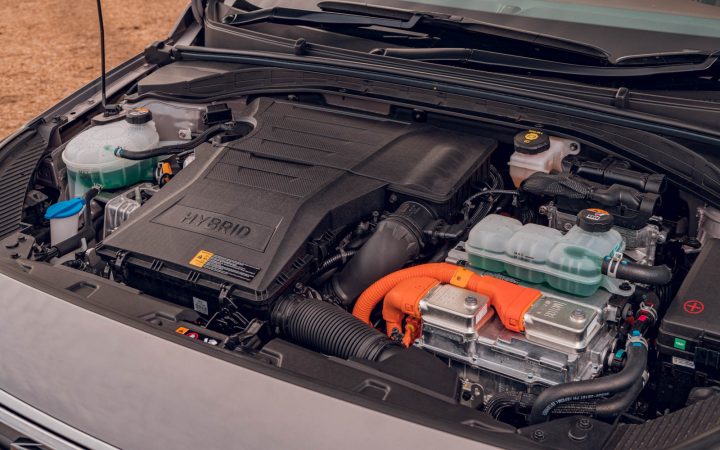 What’s more it will charge from flat in a little over two hours from a 7KW point and it has an electric only range of 39miles. The highly refined powertrain means it emits just 26gkm of CO2, so its very cheap for business users.

The Hyundai Ioniq series runs to nine models using three powertrains and four trim levels from about £21,800 to £35,000. 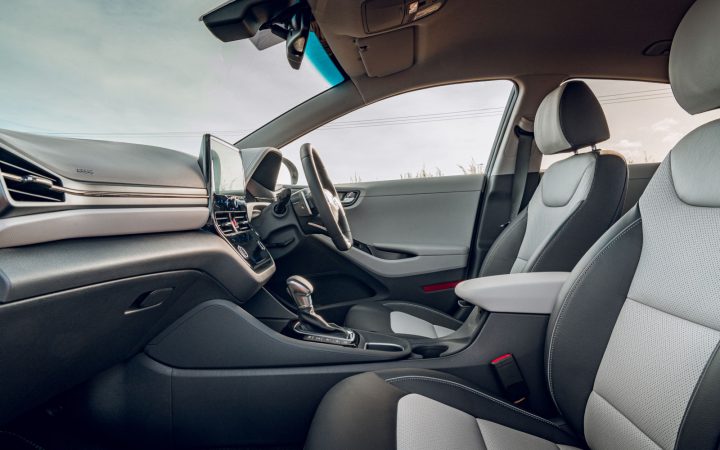 Available as pure electric, hybrid and plug-in hybrid versions since its launch in October 2016 it was last year improved with revised bumpers and lights both ends, new grille on the electric model and new fascia and touch type controls along with 10.25-inch widescreen navigation system on Premium and Premium SE versions. 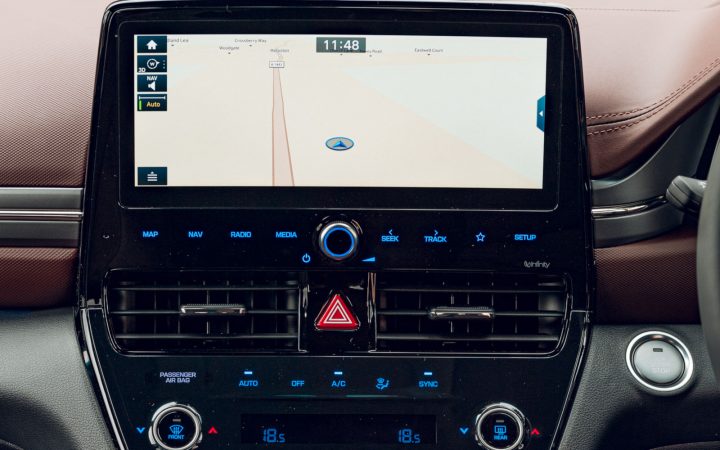 The communications system is cutting edge and includes the Hyundai Bluelink cloud which through a smartphone enables drivers to carry out different functions when away from the car and tells the user if anything needs attention.

These modern and sophisticated features are often available in much more expensive cars and combined with its sophisticated mood lighting in the cabin, it really feels and looks like a dearer car and the quality of interior fit and finish is exemplary as well. 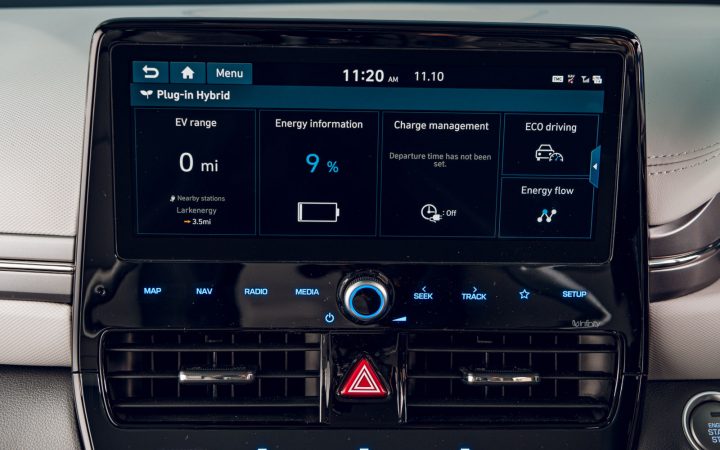 But its advanced features don’t end there because the big touch-screen system knows where the car is and what is coming up so it alerts the engine and battery to an upcoming gradient and more power is economically provided or a descent induces less petrol required and energy is harvested for the traction battery.

Lastly, and I hope you never have to experience it, but the Hyundai eCall is an on-board emergency system activated either by the occupants or a heavy crash which pinpoints the position, speed, direction of travel and sends it to a control centre and onto emergency services to alert them and summon help. 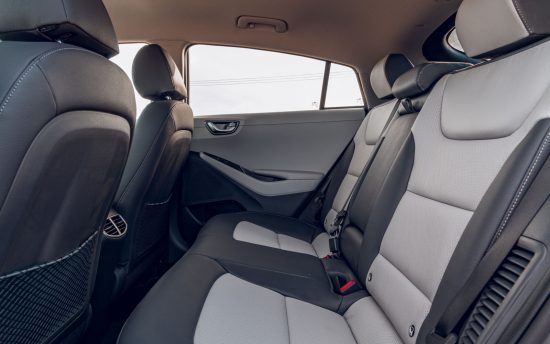 Our Premium SE test car’s powertrain was one of the smoothest I have experienced with so few cylinders. It started immediately, pulled well and had plenty in reserve for overtaking thanks to the seamless integration of the electric motor. You can select pure electric, hybrid or automatic modes to optimise the power for the conditions and the gearchanges were barely noticeable. 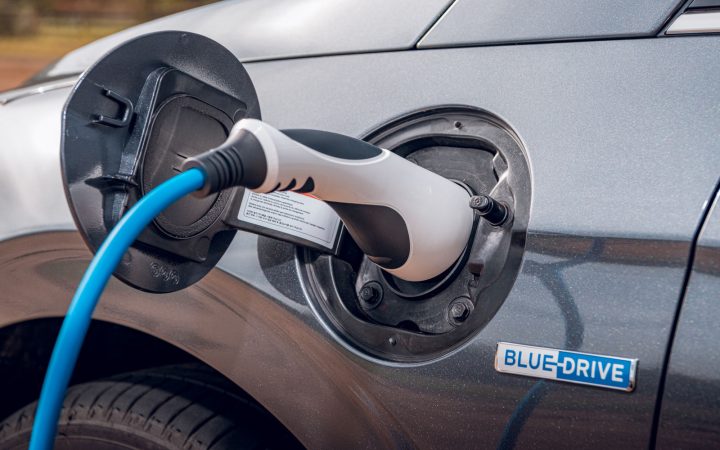 Judicious use of the throttle meant we frequently saw the battery range or efficiency rising even after a comparatively short run and it was very easy to plug-in and recharge overnight or for a few hours. Unfortunately, the cables bag looked like an after-thought as it had to loosely live in the bootspace and would roll around.

Steering was balanced well between effort and result so the turning circle was good, it gave reasonably good feedback at speed and it did not suffer from vibrations. The brakes did an excellent job underfoot from modest pressure to hard application and the electric parking brake was good on a hill and instantly released as the throttle depressed.

Secondary controls around the wheel and column were within finger-span, worked well and quietly and I liked the phone and media controls operation as well.

The massive fascia screen did a very good job of displaying essential data and it could be configured in different ways depending on the chosen mode of driving, normal or sporting, power requirements etc..

The heating and ventilation was pinpoint precise and reacted quickly and filled the cabin with chosen air temperature and output, backed up by powered windows. 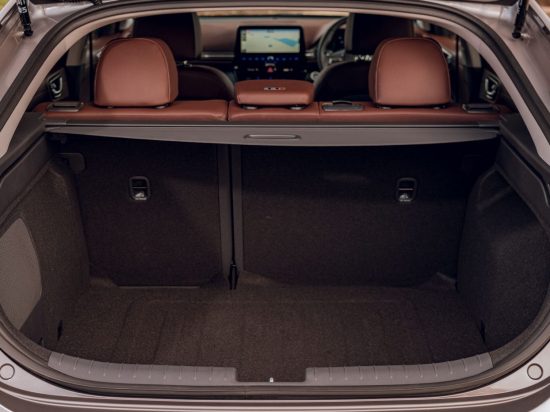 Oddments room was reasonably good throughout and the boot very simple to load with a low sill, wide and usefully long interior and had a smaller compartment beneath for the emergency kit. Unfortunately, there was no room under the floor for the cables.

Access for driver and passengers was easy, even if the rear legroom was not particularly generous, and all the seats were well shaped, comfortable and supporting. Adjustment infront was good for most adults and with a low waistline, deep windows and good wipers/ wash behind long, wide beamed LED headlights you were not going to miss anything. 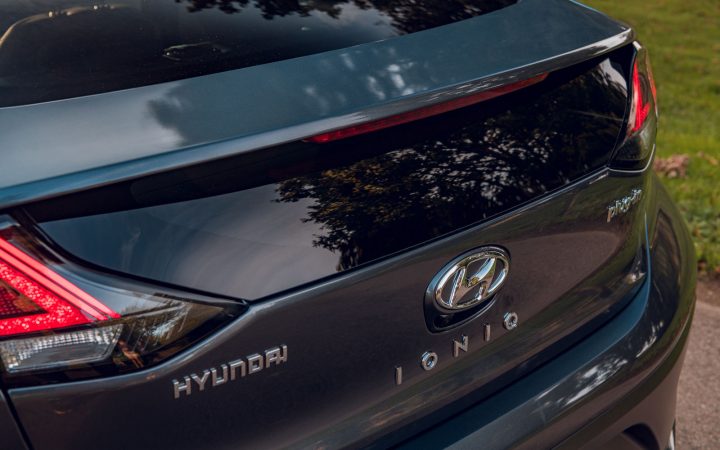 The various advanced aids for motorway driving, urban environments or when parking made it feel a very safe car to be in, once you adjusted to the automatic lane following. However, over the shoulder vision and looking through the back window was restricted by the c-pillars and rear ‘wing’.

The ride quality was slightly firm and some bad bits of road would make their impression on the occupants but generally it smoothed out minor bumps and potholes, had little body roll and a very safe, near neutral handling balance. 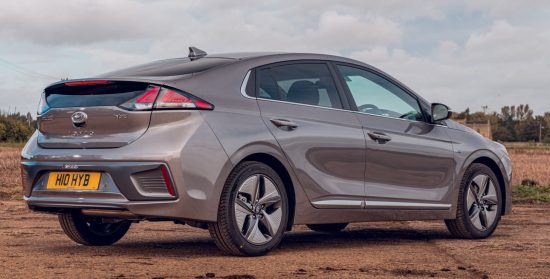 All noise levels were low, even that coming from the road and suspension, and you could be lulled into thinking you were going slower than in reality. For the price, this Hyundai Ioniq PHEV is very good value and it’s definitely punching above its sector, if only it was a bit roomier for those in the back.