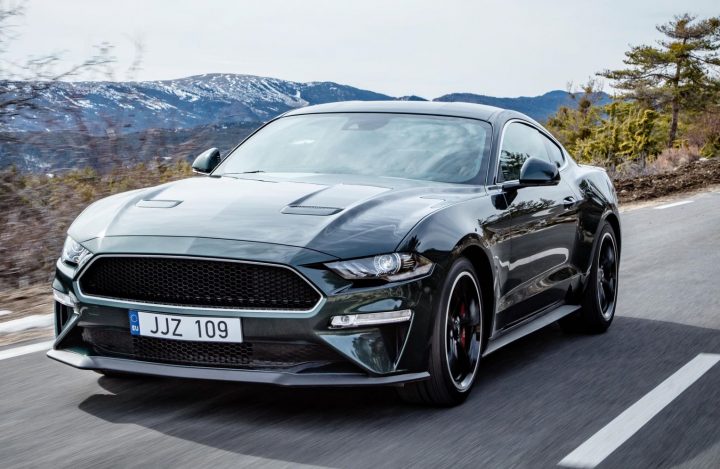 At first you may not see a similarity between San Francisco and Barry, South Wales but I’ve found a connection, they are both good places to test the Ford Mustang GT.

With its burbling 5.0V8 underfoot the roadtest takes on a new aural significance and the Welsh town’s steeply sloping streets horizontally split by connecting roads are reminiscent of the dramatic backdrop for the film Bullitt and really test the suspension and the torque under the hood, sorry bonnet, of the latest generation Mustang. 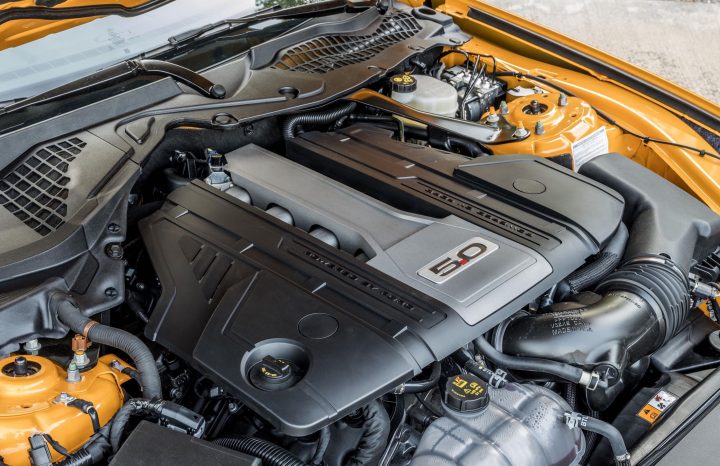 The Mustang is available as Fastback coupe or convertible, both with four seats and 290ps, 317ps  or 440ps 2.3 4cyl engine and 416ps or 450ps 5.0V8 petrol engines, with six speed manual or automatic transmission and a mighty 10-speed auto on top versions. There are four custom packs to up-spec the model but all are rear wheel drive only.

Our test car was fitted with the £1,600 optional fluid suspension so there was no bottoming of the chassis but it still looked like scenes out of the classic 1968 film. Except there were no baddies chasing us. So, the suspension passed its test, what about the rest of the car?

A big yes. There is every reason to go for the 5.0V8 over its 2.3 4cyl siblings, so powerful, responsive and flexible is this classic American V8.

It can be driven grandma gently or cowboy crazy and anywhere in between as it responds to every input with a sharpness coupled with comfort which is so lacking in most UK or European made sports cars.

That big engine has a wide power spread of 529Nm at 4,600rpm so it can be eased along or making use of the six manual gears it zips to 60mph in under 4.5 seconds and is positively ambling at the UK legal maximum on motorways. 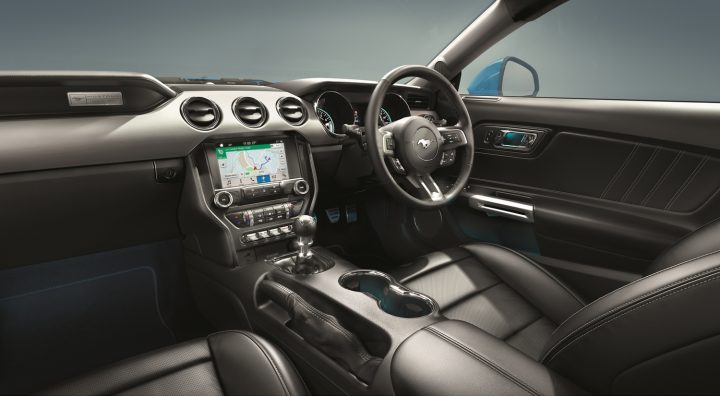 Gearchanges are direct and quick with a good progressive clutch action, a short throttle stretch and if you need them very good powerful brakes with excellent feel building up underfoot. The handbrake is a bit of a stretch and that was weak on the test car as well, not ideal on the slopes we were using.

The Mustang GT’s steering was nicely balanced between feedback and action, with a good turning circle, no kickback and for its size it felt smaller and more agile than you might expect.

With so much power to the rear, the car felt a bit tail-happy but it was all beautifully balanced and you could exploit and enjoy it in safety with only a slight tendency to run wide on tighter turns quickly taken. 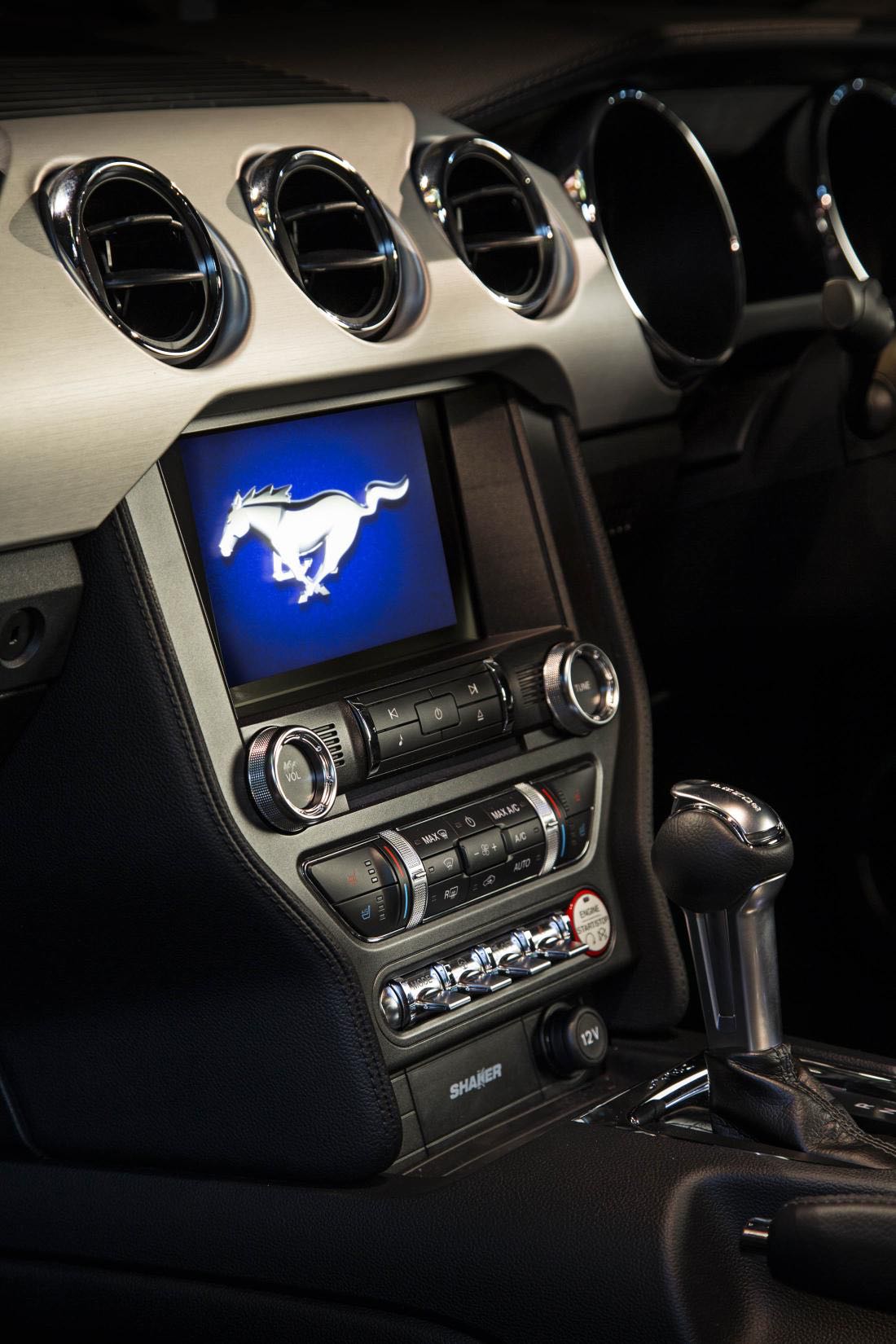 The secondary controls were usual stalks and buttons grouped around the wheel spokes and the driver could also select various modes for the responses of engine and suspension from a console display which went from comfort to competition in character, although the latter is best kept for circuits or drag strips. Driven more sensibly, the suspension could be soft or hard with the fluid system optional fitting. It worked really  well.

Instruments were big and very clear with well marked dials and no reflections, backed by warning lights and with a wide range of settings and operations for the heating and ventilation as well to fill the cabin with air. 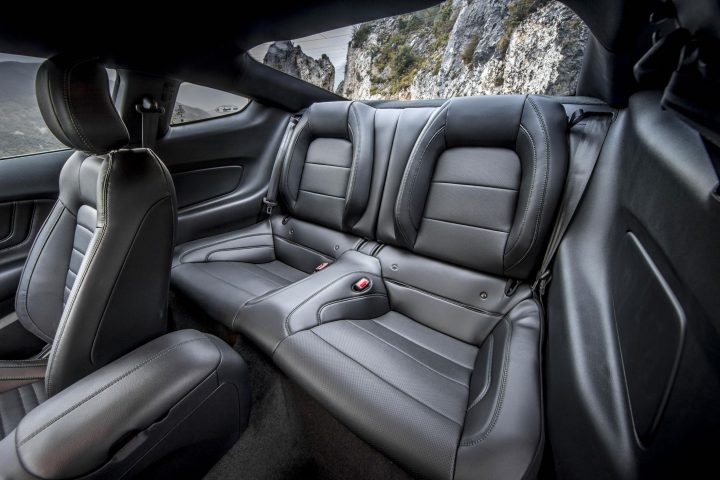 For the driver and front passenger the seats were very wide and long with a multitude of adjustment room and it really is a car you could use to drive across America, or up and down Wales for that matter.

In the back, access needed a bit of bending but once there the seats were also well padded and comfortable even if the headroom was more restricted than those infront. 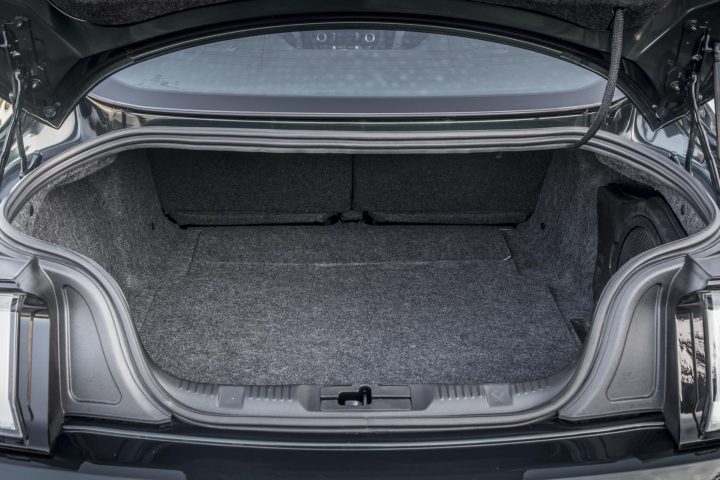 I liked he boot space but the opening wasn’t huge even if the capacity behind was generous, flat, wide and long.

With any coupe, visibility can be an issue as the roofline sweeps to the tail and the Mustang was no exception. You needed the parking aids but to the sides and front there were good sightlines; wash and wipers were excellent and quickly cleared big areas of glass and at night the bright headlights were welcome.

The Mustang GT really felt a different sort of sports coupe to the mass of high tech models from the UK and Europe with similarities to some classic Japanese sports cars. 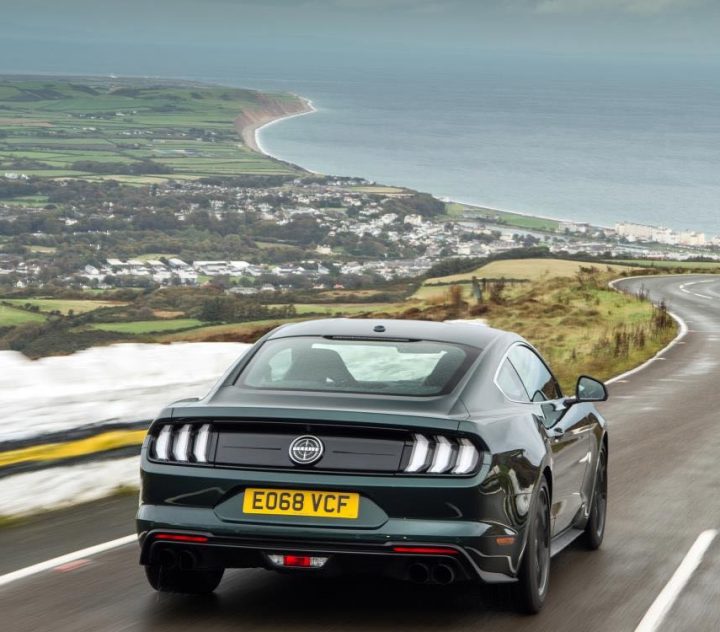 This classic American sports car is very good at a lot of things without being too clever for its own good.

It is not a cheaper alternative to its foreign rivals, but it stands out as different and one I would be happy to live with, in San Francisco or South Wales.