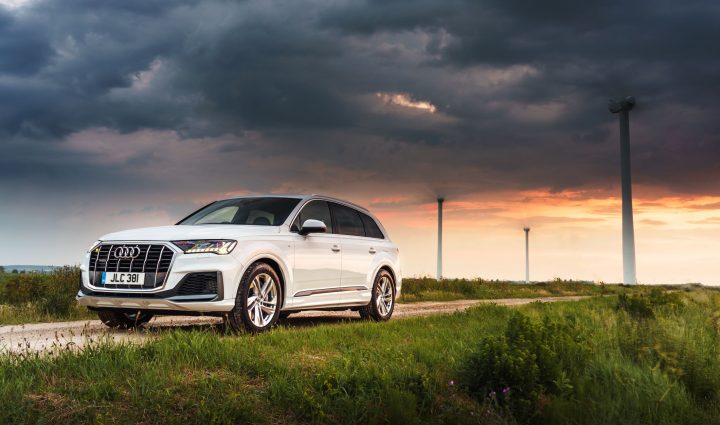 Audi like to do things differently and their latest model actually delivers less but gives you more.

The Q7 has been a hallmark with its seven-seats but the new mild-hybrid 3.0 TFSI petrol version tested punches out more power and gives passengers more space by fitting just five seats.

It’s always been debatable whether a cramped seven-seater was really desirable and how valuable it would be, so Audi has reset the reasoning with their latest quattro go-anywhere model. 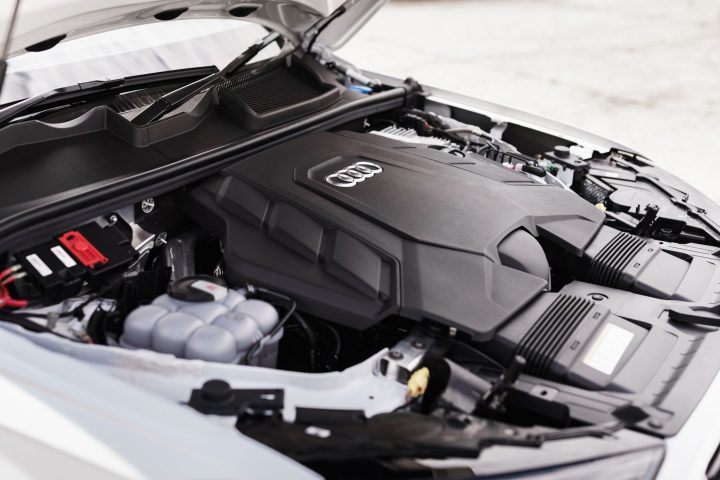 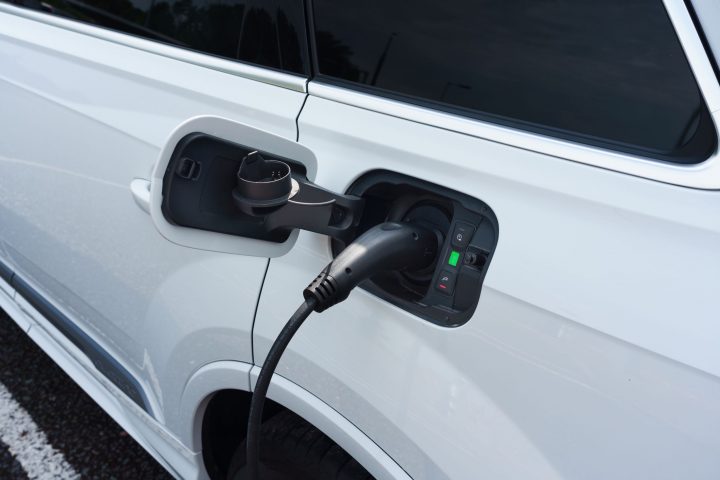 The new plug-in hybrid we tested is the most powerful with its 376hp output and 600NM pulling power and is the latest to join the line-up.

Originally launched in 2006 there have been two generations and facelifts of each series and the latest facelifted models hit UK showrooms in early 2020.

Its full range introduction was delayed by the coronavirus epidemic closing them for over three months. Now things are back on track and the latest Q7 TFSI e comes in Sport and S line trim levels with restyled bodywork and enhanced interiors. 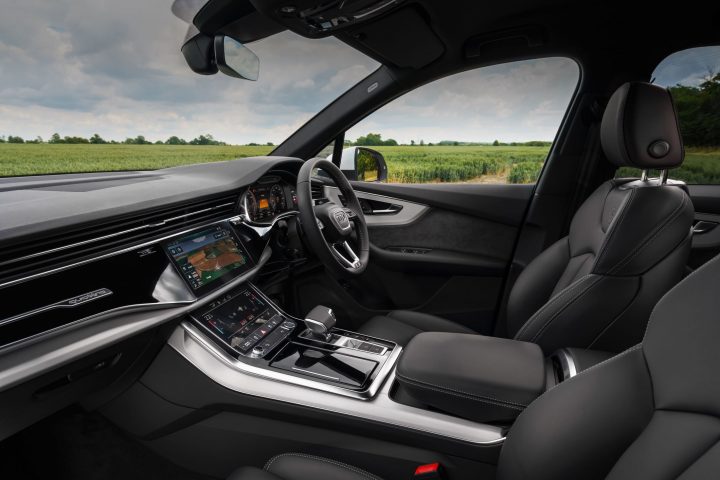 The Q7 is a big car and offers exceptional room in the two-row  five-seat configuration with a minimum 650 litres loadspace reached over a thigh-high flat floor behind an electrically operated fifth-door. You can gradually tilt or drop the triple seat backs to reach a maximum 1835 litres and that is a lot of space for big loads, although it also carries the charging cables bag. 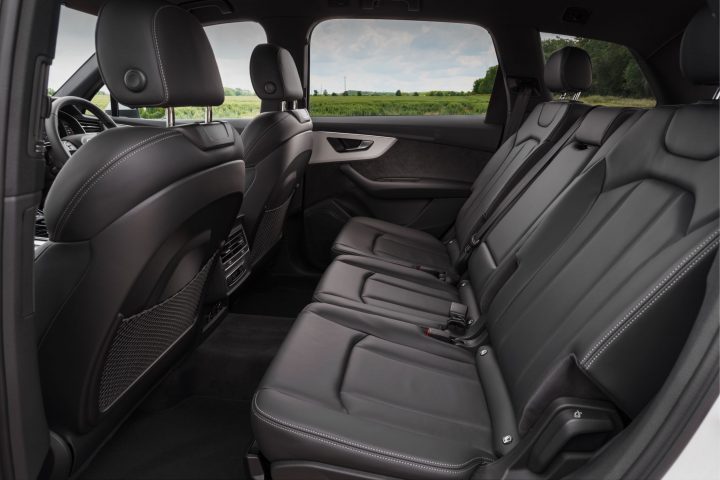 Getting into the back seats is as easy with wide opening doors and a generous amount of space for three to stretch out and not rub shoulders or scrape heads on the roof. Infront its also surprising how far away the occupants sit with a big transmission tunnel between them.

There’s no shortage of leg and headroom either and the seats have power adjustments and were heated in the test car for a cosy feel on cold mornings.

Front and back seats are really well shaped and supportive for long journeys and their leather facings in the S line will stand up to hard wear. They do a very good job of absorbing any road shocks which the air suspension misses but can be heard and this combination makes the Audi Q7 an extremely comfortable car over any surface. The sophisticated suspension has five settings to maximise comfort and responsiveness and changes in milliseconds through buttons on the console. 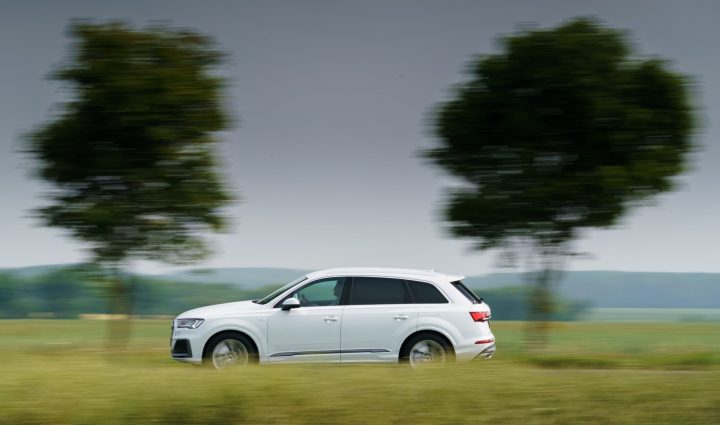 For the dynamically inclined driver the system can be firmed up and the all-wheel-drive quattro system imparts immense grip and sharp handling, with very progressive and powerful brakes underfoot and a steering effort which is well balanced between feel and effect.

You have normal and sporting modes in the eight-speed automatic gearbox and the system interacts with the electric hybrid assistance to give optimum economy or sportiness with strong mid-range acceleration. It really is a seamless transition which produces some truly remarkable results.

For the driver everything comes to hand very easily, with big hand-shaped gear selector, height adjustable steering column and large stalks and buttons for most commonly used driving functions.

Secondary buttons operated through the touchscreens but we found the infotainment, navigation and settings controls were not particularly sensitive in operation and needed a good hard prod to produce any results and were then slow changing.

Essential dials infront of the driver were big and clear except where they were hidden by the wheelrim, and big door and interior mirrors were fitted. Efficient wipers front and back and some of the brightest headlights I have experienced were welcome in poor visibility. 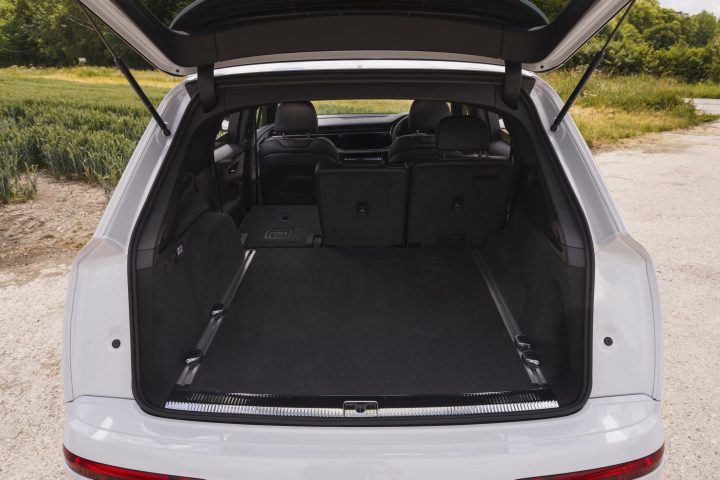 Sensors and a reversing camera meant you could gingerly manoeuvre the big Q7 into the tightest space as it does take up a lot of room. At times we saw an average of 300mpg and when the overall average was calculated it was in the low 80s. Yes, push on and it will gulp petrol but even then it’s about 40mpg and for a car weighing nearly 2.5 tonnes that is a surprising return.

From a domestic wall charger it took about 8 hours to recharge the battery but a faster dedicated charge point included in the car’s purchase price for most buyers would reach maximum capacity in a quarter of that time. It’s always debatable how far is the average commute but the Audi Q7 will cover 27 miles on electricity alone, so that’s a potential 13.5 miles each way. Two types of charging cable come with the car and you can subscribe to services to keep topping up on longer journeys.

The real question is why bother to do this if you can charge overnight at home and have the security of the petrol engine under the big bonnet when the electricity is drained? 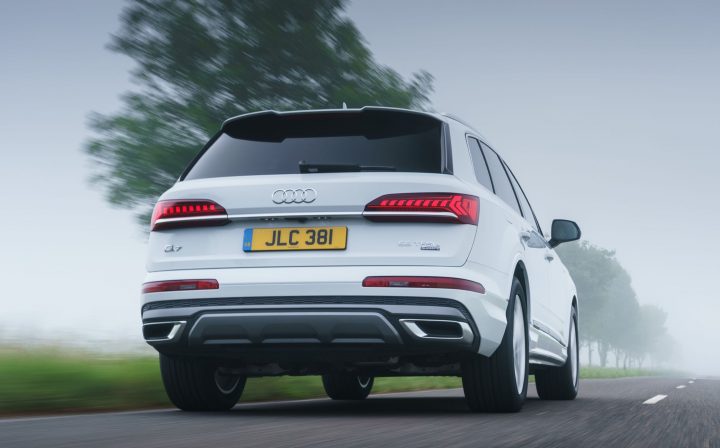 I think the Audi Q7 55 e TFSI really gives you the best of all worlds; a roomy all-weather SUV, comfortable and composed performance and a long-legged ability to cover distances without stress or strain and in a sporting manner if you wish and then switch to ev mode if in a low pollution zone.