You are here: Home / Motorsport / 2021 / Warming up for this year’s British Rally Championship

It has been a long 15 months since the BRC circus left the town of Llandudno following the Visit Conwy Cambrian Rally in February 2020. 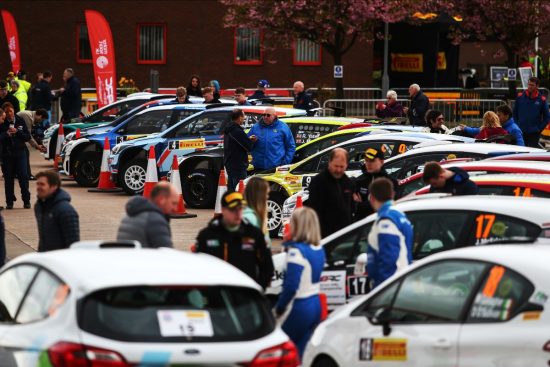 It is now only 11 days until the 2021 campaign starts.There are over 45 crews registered for the series with competitors from all around the UK and Ireland in a variety of machinery; from historic to the very latest in cutting-edge technology handed down from the World Rally Championship.

There will be 20 Rally2 cars, or their equivalent, where the steering wheel has been moved to the right-hand side taking the start line. The Junior class, where the winner will get to compete in a WRC event in a Hyundai Motorsport Customer Racing i20 N Rally2 next year, has 13 entrants.

These pilots often provide the best competition on the stages,  separated by mere tenths of a second and fighting for the best prize in UK rallying. There are even two Fiesta WRC cars to throw into the mix.

For overall honours the battle between Edwards, Pryce and Yates will be renewed after it was cut short in 2020. But there is a gaggle of really quick Irishmen making the commitment from the other side of the water to see if they can take the BRC Trophy back home. Something that hasn’t happened since Keith Cronin took the title back in 2017.

The BRC will bring a real spectacle and intense competition to each of the seven rounds it visits this year.

Over 140 cars will take the start line at Oulton Park Race Circuit on Bank Holiday Monday, 31 May for the first round of the British Rally Championship and round two of the Motorsport News Circuit Rally Championship.