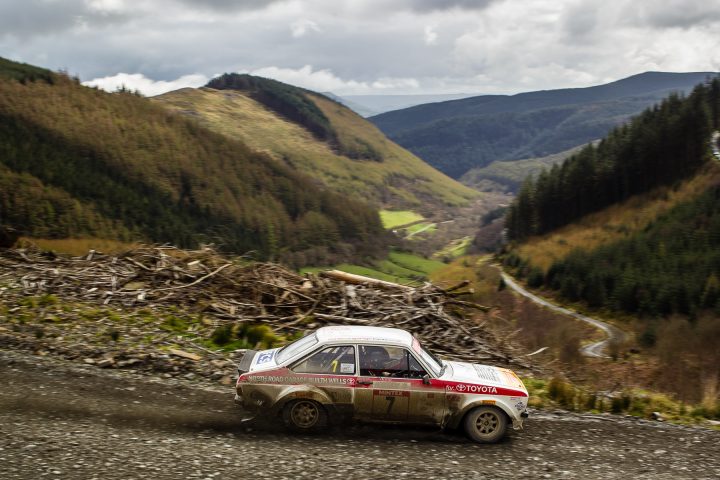 Motorsport UK and Natural Resources Wales have signed a new access agreement to allow competitive four-wheeled rallying for the next three years until 2023.

For decades, NRW’s forests have played host to a range of motorsport, working effectively with Motorsport UK to stage events at every level of the sport, from grassroots to the iconic Wales Rally GB – Britain’s round of the FIA World Rally Championship.

Motorsport UK CEO, Hugh Chambers, said, “We are delighted to announce a new agreement with Natural Resources Wales which will allow rallying to take place in the Welsh forests for at least the next three years.

“Rallying is an important discipline for Motorsport UK, and Wales offers the perfect environment for our events, held on some of the most revered stages in the world of rallying.”

He added, “Not only is it important for competitors, but these events are vital contributors to the infrastructure around them, including local hospitality sectors, as well as subsidiary businesses related to the sport who rely heavily on forestry rallying.

“We will be working with NRW to optimise the number of events, working effectively with our local communities to ensure affordability to our competitors through a sustainable strategy. Through this, we can preserve the sport and forests for generations to come.”

Dominic Driver, Natural Resources Wales’ Head of Land Stewardship, explained, “The forests NRW manages in Wales are the heartlands of rallying in the UK and present a unique challenge to drivers.

“Rallying makes an important contribution to our rural economy and many community benefits derive from these events. The impact of COVID-19 has seen more and more people retuning to visit our nation’s forests and has placed a greater focus on the need to respect our natural environment.”

He concluded,“In reaching this agreement, NRW is considering fully the impact of everything we do on the places people love. This includes the commitment to working with Motorsport UK on the journey towards becoming a greener, more sustainable sport in the future.

“This ambition will remain at the heart of our discussions as we work with the rally event organisers on the programme of events for 2021 and beyond.”

The agreement was reached as Welsh rally ace Elfyn Evans consolidated his lead in this year’s WRC with a weekend win in Turkey, his third global win in his career.

Elfyn Evans conquered the rocky gravel mountain roads in south-west Turkey to score his second victory of this shortened 2020 FIA World Rally Championship season and the Welshman’s dramatic win takes him and co-driver Scott Martin back to the top of the fiercely contested 2020 title race.

With just two rounds remaining in Sardinia and Belgium, Evans now holds a commanding 18-point advantage over his Toyota Gazoo Racing WRT team-mate Sébastien Ogier. The six-time French World Champion failed to score in Turkey after his Yaris WRC retired from a podium position on the final morning with engine issues. Defending champion Ott Tänak is a further nine points adrift in third – the Estonian was another to fall by the rock-strewn roadside, his Hyundai i20 suffering a steering failure.

The rugged roads around Marmaris on the Mediterranean coast are always one of the season’s most gruelling challenges and Evans also had his own struggles to overcome – tyre troubles dropping him from second to fourth place on Saturday afternoon. But with Ogier’s demise and the two front-running Hyundai i20s of rivals Thierry Neuville and Sébastien Loeb both losing time with punctures on Sunday morning’s longest and roughest stage of the event, Evans bounced back to take maximum points.

“It was a tough weekend, but we were there or thereabouts for most of the rally,” said Evans.

“We thought that it may have been ‘game over’ in terms of victory on Saturday afternoon but we also knew that Sunday was going to be really demanding. We just tried to stay out of trouble and that did reward us.

“Of course, you need a bit of luck to go your way, and I never like to inherit positions from others’ misfortune, but that is very much the nature of Rally Turkey. This may not be my sweetest victory but I’m still very happy. It’s clearly a great result from a championship perspective.”

Evans’ third career success coming after victories in Wales in 2017 and Sweden earlier this season puts him in pole position to become only the third British driver to be crowned as World Rally Champion… and, potentially, the first for 19 years. Should he take the title, the Welshman would match the achievements of Richard Burns in 2001 and Colin McRae who became this country’s first WRC champion exactly 25 years ago in 1995.

With planned rounds in Germany, Wales and Japan cancelled due to COVID-19, the destination of the 2020 WRC title will be decided on the two remaining rounds – next week’s Rally Italia in Sardinia (8-11 October) and the newly introduced Renties Ypres Rally Belgium (19-22 November).

But it also came as Pembrey racing circuit announced it has been forced to prematurely end this season’s 30thanniversary events due to Welsh Government’s Coronavirus restrictions. Thousands of motor sports fans have pressed Welsh Government in a petition to lift the ban on racing at Pembrey, but their call has gone unanswered.