You are here: Home / Newcomers / Cars / Volvo, Nissan and Subaru show off newcomers 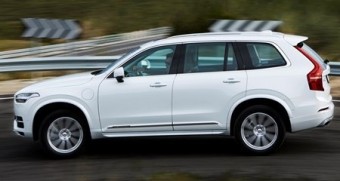 Volvo’s first ever petrol plug-in hybrid, the XC90 T8 Twin Engine, has qualified for the UK Plug-in Car Grant scheme from the Office of Low Emissions.

The SPA platform is designed to incorporate electrification without encroaching on interior space, with the necessary battery pack being neatly concealed within the centre console. The Drive-E powertrain, from its initial concept, was designed to include electrification, with the new XC90 utilising both a 320hp petrol engine and 87hp electric motor.

With a combined output of 407hp, this 7-seat SUV emits an impressively low figure of just 49g/km of CO2, at the same time being able to go from stand still to 60mph in only 5.3 seconds.

The Plug in Car Grant (PICG) has a designed criteria to encourage manufactures to decrease the level of outputted CO2 exhaust emissions. To achieve this, hybrid vehicles must emit less than 75g/km, a minimal travelling range of 10 miles and must reach a speed of at least 60mph.

Companies choosing the XC90 T8 Twin Engine can benefit by writing down as much as 100% of the cost against their income tax liability. Driver who choose the XC90 T8 Momentum pay as little as £99.83 BIK a month (40% tax payer) whilst enjoying a full 7-seat SUV with 407hp.

The XC90 T8 is available in three designs: Momentum, R-Design and Inscription. 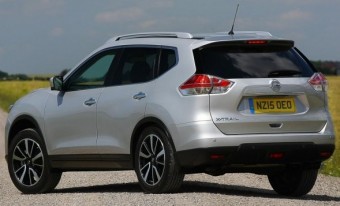 Buyers of the all-new X-Trail receive a double dose of good news with the arrival of a new DIG-T 163 engine option from the Qashqai.

Not only will new owners benefit from one of the most advanced and fuel-efficient petrol engines on the market, they will also find that X-Trail ownership is now even more affordable. 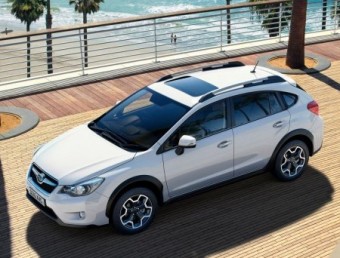 Subaru UK has announced a raft of modifications and upgrades to the interior and chassis of its XV compact crossover but prices are pegged from £21,995.

The interior changes result in further significant improvements to cabin refinement and ambience, and include an all new factory-fit infotainment system first seen on the new Outback earlier this year.

Boasting the lowest centre of gravity in the compact crossover class – and the highest ground clearance – changes to the car’s suspension have been designed to result in a smoother, more compliant ride but without sacrificing stability.