You are here: Home / Newcomers / Cars / Velar is in the open at last, for a privileged few 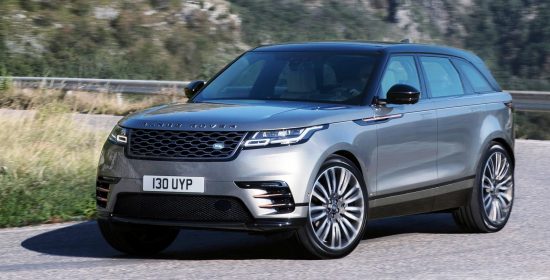 Already on sale with the first deliveries in the hands of eager UK celebrity status early-adopters, the opportunity for the mainstream motoring media to test drive the new Velar has been minimal.

Thankfully, I got to grips, but very briefly, with the newcomer at this week’s annual Society of Motor Manufacturers and Traders Media Test Day South event.

It appears Press and PR Budgets to host UK media events are now limited due to financial constraints in the motor industry with money being spent in other directions such as marketing, financial incentives for customers and in the Velar’s case huge celebrity endorsement events in London and New York and an international media test driving event in Norway.

Fair enough but the rakish mid-sized five-door SUV British built Velar is a hugely important vehicle in a very competitive premium brand market sector for mid-sized SUVs. If you think you have heard the Velar name before – you have. Land Rover used it back in the sixties as their code name for the prototypes of the original 1970 Range Rover when they derived Velar from the Latin word Velare, meaning to hide.

The Velar is the fourth addition to the Range Rover line-up sitting between the compact Evoque and the larger Range Rover Sport and of course the range includes the full-fat Ranger Rover, the Discovery Sport and muscular Discovery models. 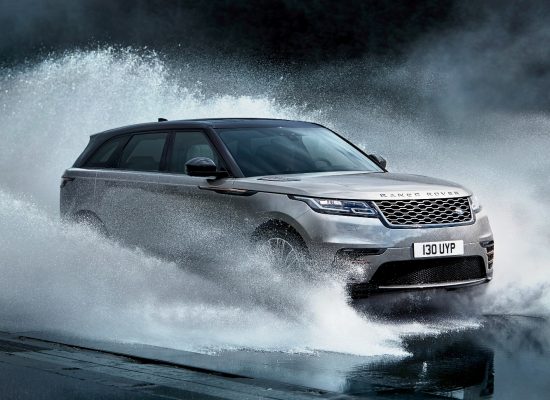 Velar competitors include Jaguar’s own F-Pace which uses the same aluminium monocoque construction as the Velar and the same platform as the Jaguar XE and XF cars. Outside the JLR brands the competitors include the Audi Q5, BMW X4/X6, Porsche Macan, Volvo V60, Mercedes GLE and even the Ford Edge.

Price wise the Velar starts off at £44,830 so it appears to sit happily, if you are prepared to pay that sort of money, between an Evoque at around £30k and a Range Rover Sport at £60k and a fully blown large Range Rover will set you back upwards of £76k. However you get what you pay for and you could spend up to £85,450 for the Velar 3.0-litre, V6 supercharged petrol 380hp First Edition variant.

The overall engine line-up is comprehensive starting with the JLR Ingenium 2.0-litre 180 and 240hp turbodiesels followed by the brand’s stalwart 3.0 V6 turbodiesel and for the growing number of customers wanting petrol there is the new Ingenium 2.0-litre units with 250 and 300hp and topping the range is the 3.0-litre V6 supercharged 380hp unit from Ford.   All have an eight-speed automatic gearbox and all models have Land Rover’s Terrain Response system where the driver can select Eco, Comfort, Grass-Gravel-Snow, Mud-Ruts and Sand modes and on some Dynamic mode. Dynamic Stability Control, Torque Vectoring is also standard and where specified an Active Locking Rear Differential is also available.

Which engine you choose depends upon the specification level.   These start with the lowest priced standard Velar available only with the 180hp turbodiesel unit followed by S, SE, HSE, R-Dynamic S, SE and HSE and finally the First Edition flagship versions with the 3.0-litre 300hp turbodiesel and 3.0-litre 380hp supercharged petrol engine options. 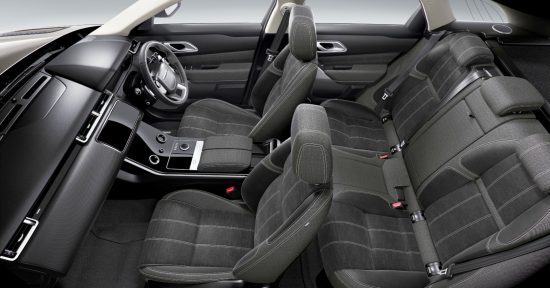 Behind the 40/20/40 split folding rear seats is a 632-litre boot which extends to 1,731-litres with the rear seat backs folded down. Like any other Range Rover the interior is mostly pure high quality and luxurious and its new interior styling and dashboard layout will no doubt feature in other Range Rover models in due course.

Items such as the new digital instrument panel with two touchscreens on the centre console provide not only the usual sat-nav and infotainment functions but the lower one can be can be used for other functions such as the heating and ventilation system. Also new are the steering wheel buttons which can operated many functions from the level of the sound system to controlling the scroll-through functions displayed on the instrument panel without taking your hands off the wheel or looking elsewhere other than the road ahead.

I managed a very brief outing in the expected best selling version, the 2.0-litre, four-cylinder 240hp turbodiesel with 500Nm of torque wrapped with the popular HSE specification. This model costs a significant amount more than the £44,830 range starter price weighing in at a £64,160 which when you look at the price list is somewhere around the middle of the range cost-wise. It also had the £1,140 Electronic Air Suspension system option for four cylinder models which I would recommend. 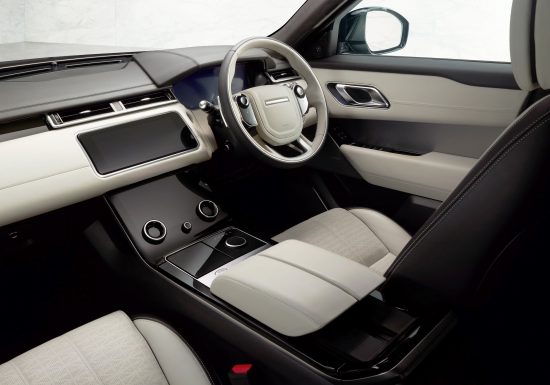 Whether you consider that to be a fair price for a relatively small 2.0-litre turbodiesel engine, rather than a more responsive and quieter 3.0-litre V6 unit with 300hp and 700Nm of torque, is definitely a question potential owners need to think about.

The 2.0-litre engine is less refined and hushed compared to the 3.0 V6 turbodiesel so it is a bit vocal under acceleration and lacks that ‘smooth response’ we like with Range Rovers. The 2.0 turbodiesel has a top speed of 135mph, zero to 62mph takes 6.8-seconds, the Combined Cycle figure is 48.7mpg and my brief test drive around country roads returned just 33.7mpg, it should do better on a longer run. The CO2 emissions are 154g/km so that means VED road tax is £500 for the First Year rate and then £140 thereafter but as the vehicle costs over £40k there is the annual £310 supplement to pay for five years as well.

With its lower stance on the road the ride is generally flat and level with reasonable body control during fast cornering and fidgety over poorer country road surfaces hence my recommendation to take the air suspension option. The Comfort mode is fine for open road/motorway cruising and slow town driving but the Auto mode sharpens up the handling on winding country roads. The air suspension is also height adjustable should serious off-road driving be required.

The steering was weighted well enough, perhaps on the light side, but it was precise. Most of the time for on-road travel the rear wheels provide the traction with the 4WD system coming automatically into use when more grip is needed. It felt more like driving a car and less like a tall go anywhere SUV like its other Range Rover stablemates.

Overall it’s an interesting move by Range Rover to shoehorn another range into its line-up. Is it really needed? I guess the marketing and sales people think it is necessary for global sales to have all bases covered in the evermore competitive SUV market. It certainly brings a fresh look to Range Rover’s design pedigree. 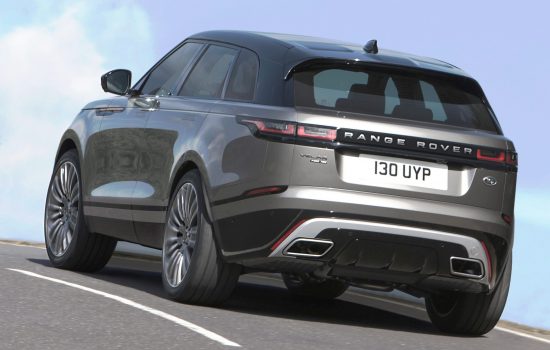 In the short-term it will be the Range Rover to have for the early adopters, the celebrities and brand ambassadors to be seen in, but once the initial demand is over it will probably end up taking sales from other Range Rover models, those upsizing and those going the other way.

Now we wait for Range Rover to introduce a ‘baby’ compact B-segment SUV which is the area showing real growth and a competitor for the Audi Q2 and BMW X1.

For: Stylish, refined, appealing for some, futuristic design for instrument and driving controls layout, roomy for interior width, large boot/load space, huge range of models and options, the most car-like to drive Range Rover to date