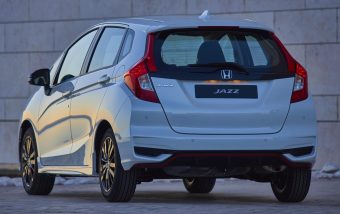 The Honda Jazz will raise the tempo in the UK next year.

It gets a new 130ps petrol engine and sporting looks together with a sharper automatic box for those who want it.

Heavy truck sales are up 6.3% in Q2 this year with three-axle artics soaring nearly 12%, reports the SMMT.

After a year of growth, double-deck bus sales fell nearly 37% and mini-buses declined nearly 19% while single-deck buses rose 4.7% in Q2, which has implications for cities trying to drive down emissions from older fleets.

Moving forward, the organisation sees Ben Celebrity Ambassadors as integral to raising awareness about Ben within the industry.

Chinese car makers are said to be looking at buying FCA.

They are being encouraged by the Chinese Government to expand outside their home country but FCA is believed to want to hang onto its Alfa Romeo and Maserati brands which would be spun off like Ferrari was.