The Land Rover Defender has been named Supreme Winner Women’s World Car of the Year 2021.

The triumph is the first time a Land Rover has won the top prize at the awards and is the latest in a series of international honours for the most capable Land Rover ever made.

SsangYong will introduce the 21-model year Rexton into the UK market fairly soon.

The Rexton facelift boasts a new look front end and a revamped rear but retains the qualities, space, all the capabilities of a traditional SUV. Rexton pairs a revamped exterior with a new, stylish interior, whilst still boasting advanced safety and infotainment technologies.

Volvo Cars is introducing a range of upgrades to its iconic XC60 mid-size SUV, including the addition of the company’s new Android-powered infotainment system with Google apps and services built in, making the Volvo best-seller smarter than ever before.

The intuitive, next-generation infotainment system offers customers unprecedented personalisation and unparalleled connectivity, which is further enhanced through the introduction of a brand-new Digital Services package. 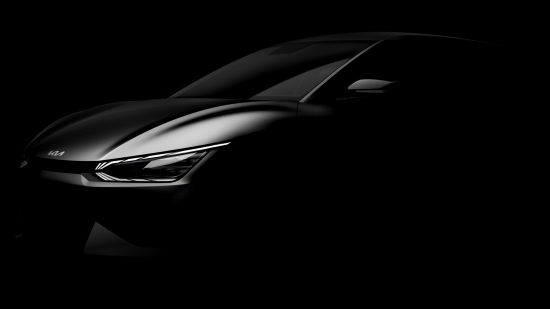 Kia has revealed the first images of the ‘EV6’ – its first dedicated Battery Electric Vehicle built on the company’s new EV platform.

EV6 is also the first of Kia’s next-generation BEVs to be developed under a new design philosophy that embodies Kia’s shifting focus towards electrification and which means each battery only model will have the suffice EV letters.

The new Jeep Renegade 4xe plug-in hybrid can send a text to alert owners if thieves are trying to break into their car.

My Theft Assistance has recently launched in the UK as part of My Uconnect services, available across the MY20 Renegade range.  It can provide owners and prospective buyers with added peace of mind given the rise of car thefts in 2020.

Britain’s CV show this year will be held from 31 August to 2 September.

It will be held at its usual NEC Birmingham venue after cancellation last year.

The British School of Motoring has added 200  Peugeot 208 models to its training fleet.

The French brand has been used since 2015 and last year the 208 was voted European Car of the Year and the school will order a total of 750 Peugoets this year.

The software, which integrates with the company’s NetDirector® Auto-e digital platform, enables retailers to include an instant video for every unit of stock, creating a higher quality, more engaging sales experience for customers, as well as saving them precious administration time.