You are here: Home / Motorsport / 2021 / The Classic returns to captivate car lovers this weekend

This weekend’s eagerly-anticipated 30th birthday edition of The Classic 30 July – 1 August will be the biggest and best in the festival’s outstanding history with record grids, record classic car displays, record anniversary circuit parades and record ticket sales plus epic levels of very welcome entertainment for the whole family.

“It’s the high-octane, fun-fuelled event that we’ve all been waiting so long for,” confirmed Nick Wigley, CEO of The Classic promoter Goose Live Events. “We promised to celebrate our special 30th birthday in style and that’s exactly what we are doing.

“Now we want everyone to join the party – that’s why our great value tickets not only include admission to grandstands and paddocks but also  a host of fun fair rides, driving experiences, entertainment on the Village Green stage, stunt shows and live music from great bands topped by Scouting for Girls, ASWAD and The Brand New Heavies. For a magical mix of excitement and enjoyment there really is no better place to be!”

While the vast array of fun-fuelled, off-track pursuits and recreations will put smiles on the faces of all ages, it is the unrivalled line-up of historic motorsport that is at the heart of The Classic.

Those spending the weekend at Silverstone will experience no fewer than 21 spectacular showdowns all staged on the iconic Grand Prix circuit at the home of British motorsport. 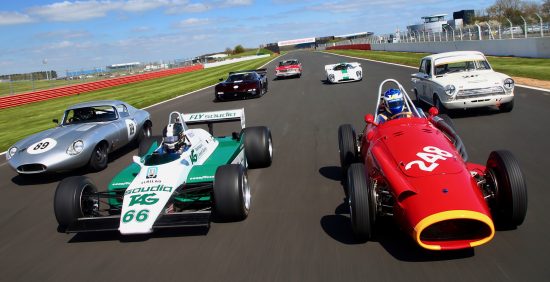 Races hark back to all the golden ages of Formula One, Sportscars, GTs, Single-Seaters and Touring Cars with several grids now featuring no fewer than 61 starters – numbers of evocative competition cars from yesteryear never-seen-before in the UK.

Qualifying for all the races is crammed into Friday’s hectic schedule and Saturday’s equally packed programme concludes with the spectacular sights and sounds of sportscars racing into the setting sun.

As ever, The Classic’s status as the world’s biggest historic motor racing festival has attracted more than its fair share of famous drivers, too. Sunday’s visitors will be treated to the sights and sounds of Damon Hill being reunited with his 1996 World Championship winning Williams FW18 for some highly evocative laps of Silverstone. 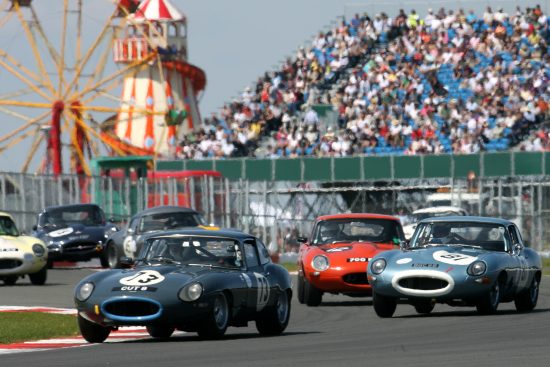 This summer also sees father and son Martin and Alex Brundle teaming up to contest the 60th Anniversary E-Type Challenge and they are joined on the racecard by a host of other renowned racers including 24 Hours of Le Mans winners Guy Smith, Andre Lotterer and Emmanuel Collard.

Tiff Needell will also be very much in evidence both racing on track and in front of the cameras co-presenting ITV4’s coverage with Nicki Shields.

Richard Hammond is another familiar personality coming to The Classic. The former Top Gear and current Grand Tour TV presenter is raising funds for his new The Smallest Cog classic car restoration business with several of his cars coming under the hammer at the three-day Silverstone Auctions on site sale staged in the Silverstone Wing. Hammond will be busy filming his exploits for a new show later this year on the discovery+ UK channel.