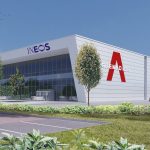 Ineos Cars' boss Tom Crotty has denied it was forced to change its mind over building an assembly plant in Bridgend because of Brexit costs, despite being in favour of the split from the EU. He has said there was a ready made assembly plant offered by Mercedes as the German company had revised its plans for using its assembly plant on the French/ German border. The Massive growth in driver-owned … END_OF_DOCUMENT_TOKEN_TO_BE_REPLACED