Four-time British Rally champion Keith Cronin put the hammer down for a fifth title bid last weekend, taking his Volkswagen Polo GTi to a sensational Beatson’s Building Supplies Jim Clark Rally victory in the Scottish Borders. Cronin and co-driver Mikie Galvin were a forced to be reckoned with all weekend long, opening up an unassailable forty second lead in their Pirelli-shod Polo over James … END_OF_DOCUMENT_TOKEN_TO_BE_REPLACED 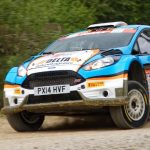 Matthew Hirst has made it three wins from three starts in this year’s Motorsport UK Pirelli Ravenol Welsh Rally Championship after scoring victory on the Plains Rally  on Saturday. Co-driven by the soon to be married Declan Dear, Hirst clinched another impressive victory in his Pirelli-shod Delta Salvage Ford Fiesta R5+, this time winning by 1 minute and 25 seconds. With Hirst’s nearest … END_OF_DOCUMENT_TOKEN_TO_BE_REPLACED 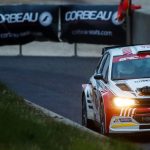 Osian Pryce has made the perfect start to his British Rally Championship campaign by winning the opening round of the 2022 series, the Corbeau Seats Rally Tendring & Clacton last weekend in his Demon Tweeks-backed Volkswagen Polo GTI R5. And what’s even more encouraging is that his strongest rallies – events where he has more experience and that contain the type of stages that better suit his … END_OF_DOCUMENT_TOKEN_TO_BE_REPLACED