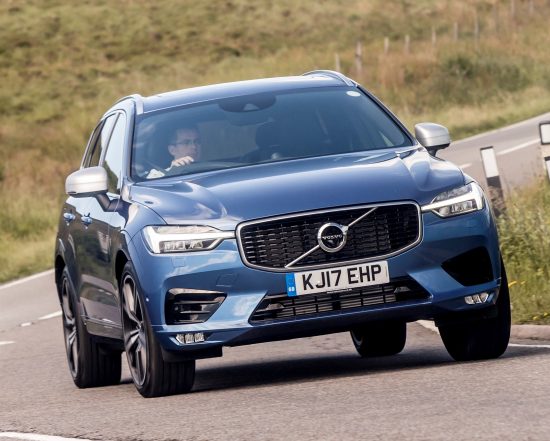 When the first generation mid-sized XC60 was introduced in 2008 it didn’t take long for it to become Volvo’s best selling model range and the market leader in its class in Europe as it was just at the time the SUV market overall was beginning to boom in terms of sales.

The all-new XC60 five-seat SUV is a scaled down version of Volvo’s award winning XC90 large 4×4 and it uses similar engines and another version of their scalable architecture platform. It is the first of a new mid-range 60 Series models. It follows Volvo’s new premium brand design language inside and out as already seen in the S90 saloon, V90 estate and XC90 seven-seat SUV. It also adopts their latest high level of safety equipment, autonomous technology connectivity functions. Volvo will shortly introduce the smaller XC40 SUV, the first of their new 40 Series models.

The engine choices are all 2.0-litre, four cylinder turbocharged units plus the petrol-electric plug-in hybrid version. All versions are all-wheel-drive (AWD) and all have an eight-speed automatic gearbox with various driving modes. 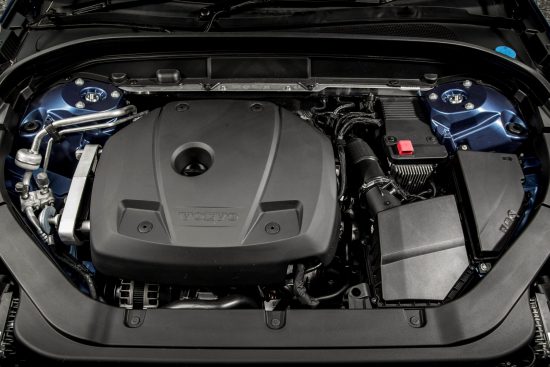 Using these expected sales figures the best selling new XC60 is potentially the D4 R-Design costing £39,705 on-the-road. But the model available for my test drive was the D5 PowerPulse 235hp turbodiesel unit but with the best selling R-Design specification which costs £43,205 on-the-road. However it was fitted with lots of extra cost options and option packs which accelerated the price to a massive £55,980. 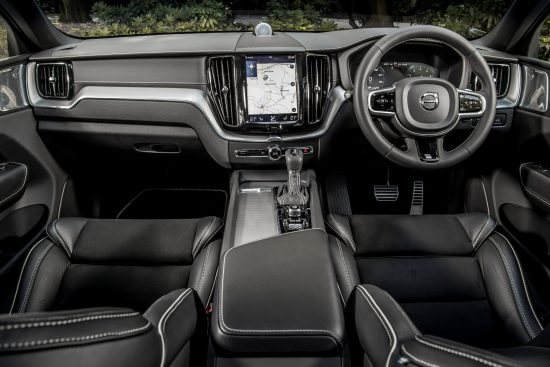 Some of the more expensive extra cost options fitted included the Xenium Pack at £2,000 for the glass tilt and slide panoramic sunroof, 360-degree parking camera and Park Assist Pilot for automatic parallel and 90-degree parking. At £1,500 the Intellisafe Pro Pack provides Pilot Assist, Adaptive Cruise Control, Blind Spot Information, Cross Traffic Alert and Rear Collision Mitigation. Well worth considering is the Active Four C Chassis £1,500 option with adaptive dampers and electronic air suspension which offsets the firmer ride from the R-Design spec sports suspension. And if an uprated sound system is your thing then the Bowers and Wilkins surround sound option costs an extra £2,500 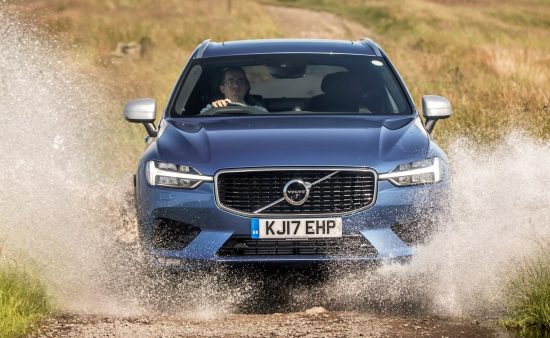 These reduce the chances of getting road dirt onto your clothes, a relatively low level but long bonnet, imposing grille flanked by sleek lighting units, large windows and a wide and high opening tailgate. The only downside for six-footers is the lack of headroom through the front doors caused by the steeply raked front A pillar.

Otherwise inside it seems as wide as the larger XC90 but with less legroom for the rear seat passengers. However there is still ample room enough with five passengers with comfortable seats and a large boot with 505-litres seats up and 1,432-litres, rear seats folded. The Hybrid, due to its rear electric motor, has a load capacity of 468 and 1,395-litres respectively. The maximum braked towing weight for petrol/diesel models is 2,400kg and the Hybrid can tow up to 2,100kg.

The front interior is the best of Swedish design, high quality, lots of leather and some top quality vinyl. The fascia is dominated by the vertical tablet style touchscreen and this controls many of the driving aid functions. Unfortunately that includes the heating, ventilation and climate control functions which are not easy, or it could be said – safe to use whilst driving.

Some of the other operations via the touchscreen are fiddly to use as well. There is a long lower centre console between the seats leading to the lower fascia and it houses useful storage locations plus the electronic handbrake, auto gear lever, the driving mode selector and starter switch. 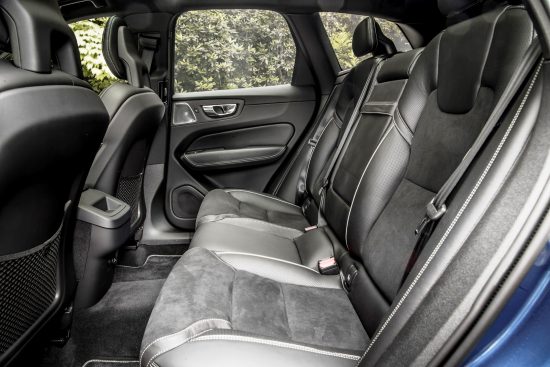 It’s high quality throughout and as good as the likes of Audi who are renowned for their interior designs but Volvo with the XC60 has the edge as far as driving safety technology goes, even if it costs a lot to have it. The 2.0-litre D5 PowerPulse turbodiesel engine is one of Volvo’s own Drive-E units.

Like the lower powered D4 unit it has two turbochargers that work sequentially to provide responsive power at low and high revs. The D5 also uses Volvo’s PowerPulse system which injects compressed air from a self generating source stored in a tank in the engine bay. This injects air into the path of the first turbocharger to get it spinning when it would be idle, such as very low engine revs. This provides for immediate response as soon as you press the accelerator.

With 480Nm of torque from 1,750rpm the grunt is impressive and provides torque right through a very broad powerband. Top speed is 137mph and the zero to 62mph acceleration time is just 7.2-seconds.   The eight-speed auto gearbox gives seamless changes throughout the acceleration range with no ‘snatches’ between gears during hard acceleration but in ECO mode there is a ‘coasting’ function to save fuel but there was a noticeable ‘clunk’ when it deactivated as the power was applied again.

Being an SUV vehicle with AWD as standard the XC60 has a reasonable amount of off-road ability, enough to cope with farm tracks and grassy fields plus of course added on-road driving traction in mud, ice or snow conditions. The AWD facility is also beneficial for towing duties.

Officially this unit with the R-Design specification will return 51.4mpg for the Combined Cycle and during my week of driving covering urban, rural and motorway driving mostly in ECO mode the real-life figure was a disappointing 36.9mpg.

The handling and agility is perhaps not as dynamic as say the BMW or Audi competition in this class but by no means is it sloppy, but it lacked sharp handling response on winding country roads mainly due to the air suspension. Even with the R-Design sports spec suspension and larger 19-inch wheels the adaptive dampers and air suspension £1,500 option provided a compliant ride for motorway cruising so it’s worth having. Although the worst potholes created some impacts felt inside the cabin it was still better than most SUVs in this sector. 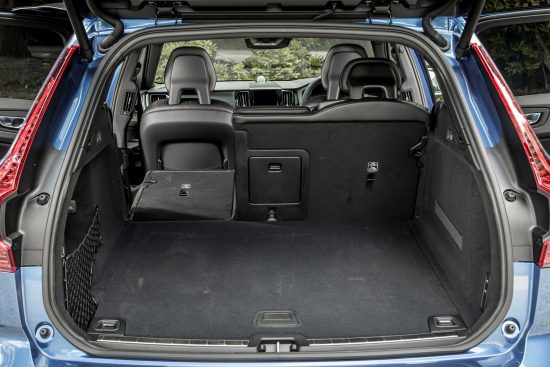 Overall the 2018 Volvo XC60 SUV is an impressive and nice to drive piece of kit but and it comes with less than impressive prices if you move away from the ample D4 Momentum version and steer clear of the extra cost options. More kit, more power equals more purchase and running costs plus higher taxes.

Against: Most models are expensive especially if extra cost options are added, hefty running/tax costs, disappointing real-life fuel economy compared to the official figure, some fiddly to use touchscreen operations.