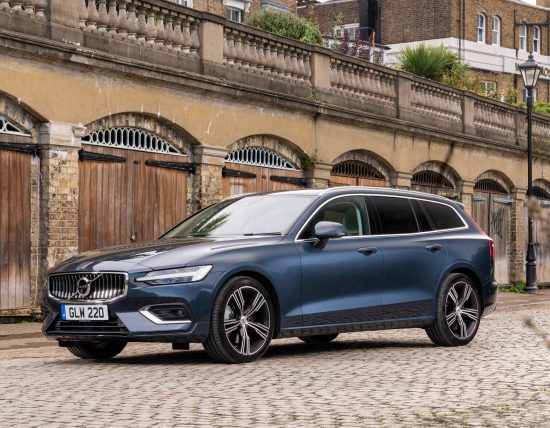 Volvo is now well known for their commitment to full electrification of all their models by 2025,  writes David Miles.

They have recently confirmed they will develop and assemble their own electric motors at their powertrain plant in Skovde Sweden.  The very first Volvo from 1927 was powered by a petrol engine from the same factory.

Volvo said taking over the role of the internal combustion engine in car engineering, e-motors are a fundamental building block of electric cars, together with the battery and power electronics. The interplay between these three component areas is crucial in developing premium electric cars.

Bringing the development and production of e-motors in-house will allow Volvo Cars’ engineers to further optimise electric motors and the entire electric driveline in new Volvos. This approach will allow engineers to make further gains in terms of energy efficiency and overall performance.

Volvo adds they are committed to becoming a premium electric car company and aims for its global sales to consist of 50% fully electric cars by 2025 with the rest being hybrids.

And it’s the hybrid model I’ve being trying recently – namely the Volvo V60 Recharge T6 Plug-in Hybrid AWD Inscription automatic.   Have you noticed how long car title names have become and this Volvo is no exception with the new word Recharge added? In short it’s a mid-sized estate with a turbo petrol engine, automatic transmission with an electric motor with 4WD and needs to be charged from the mains electricity regularly to make it fuel and CO2 efficient. 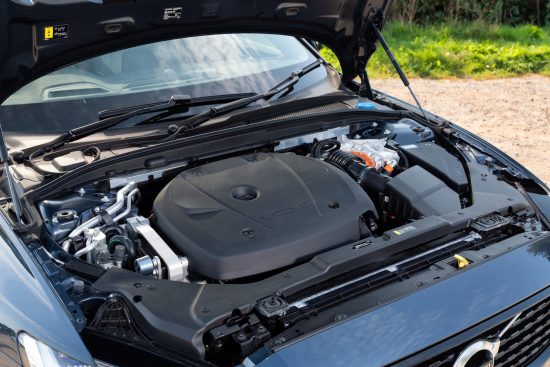 Although today’s Volvo range is probably most popular because of the faddy must-have supposedly status-elevating SUVs, Volvo is known longer for their large saloons and even better known over a 60 year history for their large estate cars which used to be the vehicle of choice for antique dealers.

Today, Volvo has V60 mid-sized and V90 large sized estates, their saloon counterparts are S60 and S90 and their SUV counterparts are XC60, XC90 and the newer and smaller XC40. So logic says look out for new V40 estate and S40 saloons to appear in due course as the previous versions have now ceased production. 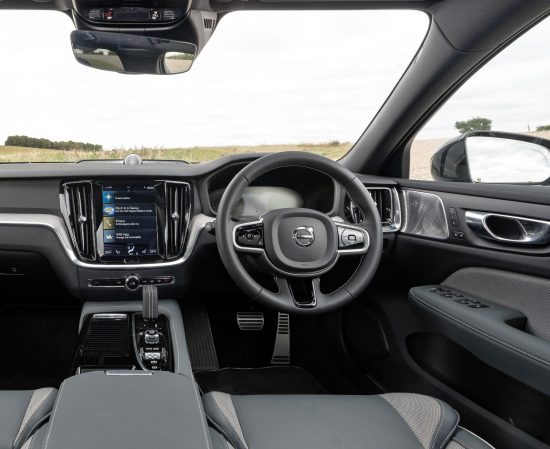 The V60 range sells in the premium mid-sized estate sector where the Audi A4 Avant, BMW 3 Series Touring and Mercedes C-Class Estate are the main-players especially for corporate business lease and rental registrations but it’s the Volvo V60 that has by far the largest load area of 658-litres with the three rear seats in use and up to 21,441-litres with them dropped.

The V60 on the road prices range from £34,410 for the lowest spec 2.0-litre petrol 163hp 2WD model to £51,530 for the T8 Recharge by Polestar Engineered Plug-in-Hybrid 318+87hp AWD version.  There are also the single high spec Cross Country 2.0-litre 250hp petrol and 2.0-litre 197hp diesel AWD automatic versions priced at £41,160 and £41,660 respectively.   Depending on the power unit chosen the spec levels available through the range are Momentum, R-Design, Inscription, Polestar Engineered and Cross Country.

We should also consider, or compare, the latest WLTP fuel consumption figures.  The T6 Recharge PHEV has an official Combined Cycle figure rating of 134.5mpg, the B5 petrol 37.7mpg and the B5 diesel 45.5mpg.   The T6 Recharge PHEV will also officially cover 34-miles in electric power only.  BUT  I point out that those are official figures. 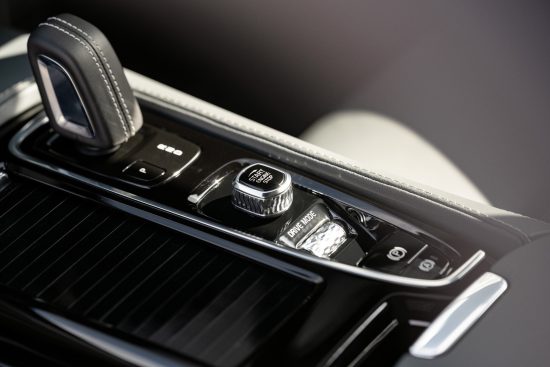 My test driving of the T6 Recharge PHEV  returned at best with the battery pack fully charged 88.2mpg over a distance of 80-miles of motorway cruising and dual carriageways.  For the return journey when the electric power charged from the mains had run out and battery used regenerative charging it was mostly petrol drive only and the figure was 32.5mpg.

As I say each time I test drive a PHEV of any make,  drivers must make use of the mains battery charging for these vehicles to be fuel and CO2 efficient.  Of course some company car owners/drivers don’t do that and just use the petrol engine and reap their own benefits from the low tax costs.

Where the PHEV benefits all users compared to pure electric car drivers is there is no driving range anxiety. Charge up at home or work and you can miss out having to use the likely not working or already taken public charging points.  But wherever you charge-up be prepared to wait for the battery to be replenished. But charging is a messy business especially in this weather with wet and muddy cables to be used and stowed in the estate as large as the boot is but at least there is a bag to put the cables in.  When is somebody going to come up with a retractable cable system for their PHEV or pure electric cars? 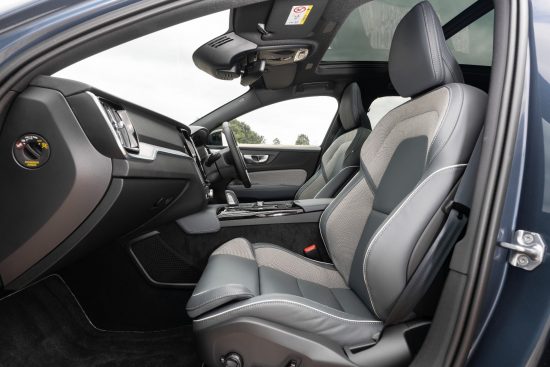 I’m not going to elaborate too much on the fixtures and fittings but it’s smart looking inside and very comfortable to travel in and easy to drive. With the rear seats in use there’s 658-litres of space and with seats folded this rises to 1,441-litres, way ahead of the competition.

All V60 models have as standard a 9-inch centre console touchscreen with voice-activated control, Volvo On Call with app available for your smartphone, smartwatch or tablet and this enables the user to control various car functions remotely and also acts as an emergency and tracking service. 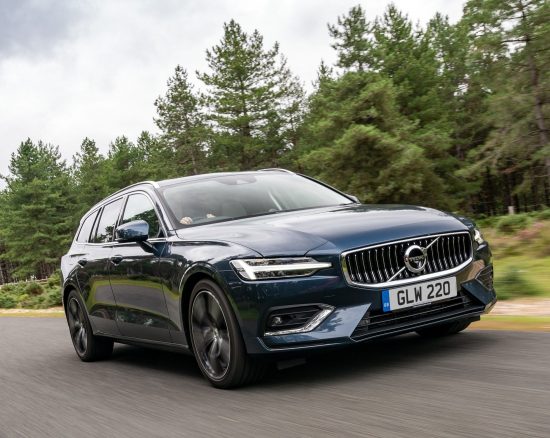 Also standard-fit are, Sensus Navigation with European mapping, traffic information and lifetime updates, Sensus Connect gives access a range of web apps, a data SIM card provides up to 100GB of data for 12 months, there is City Safety with Steering Support including pedestrian, cyclist and large animal detection plus front collision warning with fully automatic emergency braking and steering assistance.

There is also Oncoming Lane Mitigation that automatically provides steering assistance if the user unwittingly drifts out of their lane and guides them back into their lane and out of the path of any oncoming vehicles, Run-off Road Protection that automatically tightens the front seatbelts should the car inadvertently leave the road, LED headlights with active high beam, two-zone climate control with CleanZone air-quality system, power-operated tailgate, rear parking sensors, cruise control with speed limiter,  hill-start assist  and  a 12.3-inch active TFT crystal driver’s information display.

And so through the range the spec moves upwards with the Inscription level being one of the highest but still extra cost options can be added such as a parking 360-degree all-round camera, surround safety alerts plus lots of lifestyle accessories such as bike and ski racks, different alloy wheels, tow bar, heated front/rear seats and steering wheel.

But amazingly Apple CarPlay and Android Auto connectivity comes as part of an extra cost  £2,500 Tech Pack which includes Bowers and Wilkins upgraded sound system.  My exact test car with options actually weighed in at a hugely costly £54,995, far too expensive even allowing for its generous size and equipment. 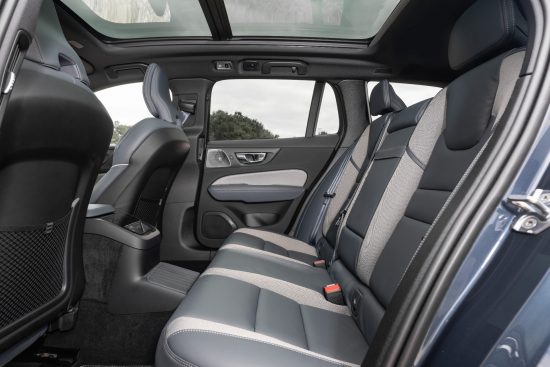 But it’s the Recharge application we are really reviewing in this road test. The turbo 2.0-litre petrol engine pushes out 253hp there is an additional 87hp from the electric motor and generator.  There is a good amount of all-important responsive torque of 400Nm from 2,200rpm.

Drive is through an 8-speed automatic gearbox as standard with the petrol engine driving the front wheels and the electric motor the rear wheels to provide the on-demand AWD function. Whilst top speed of 112mph is not swift it’s the acceleration time of 5.4-seconds for the zero to 62mph that got my attention. That’s faster than many sports cars and much of that is down to the grunt the electric motor initially provides plus the on-going power of the turbocharged petrol engine.

There is the usual variety of driving modes from Pure to Power with the Hybrid mode being the advisory one for everyday motoring which I used most of the time.  The system shuffles imperceptibly between petrol and electric power and the engine just shuts down in its coasting mode. 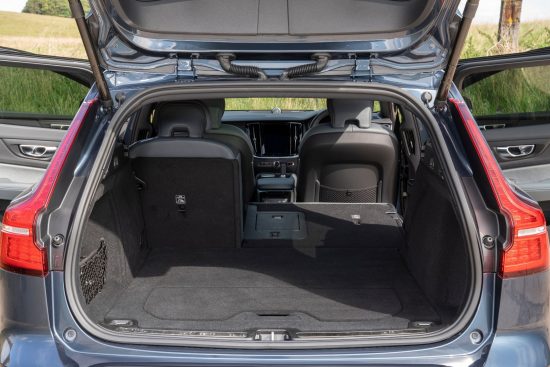 There is some regenerative braking energy capture on downhill winding roads or stop start driving coming up to traffic lights and road junctions feeding electricity into the battery. But on long motorway trips there are very limited opportunities for energy capture to work.

It almost allows for one-pedal driving and cuts down on the need for braking as the electric motor/generator captures the energy and slows the car.  It’s a neat function once you get used to it.

In conclusion, PHEVs such as this Volvo V60 T6, the fuel economy is so variable as my week of driving proved and all of it was done in a responsible way by keeping to speed limits and charging the estate from the mains when possible.

The real-life fuel consumption figures ranging from as low as 32.5mpg to 88.2mpg fell well short of the official 134.5mpg and the all-electric driving range of 34-miles on a single full battery charge couldn’t be replicated with 27-miles during my shopping trips.

Having said all that there was no driving range anxiety and if I was a company car driver I’d be happy with the low Benefit-in-Kind tax penalty plus the zero cost First Year VED road tax benefits all users. 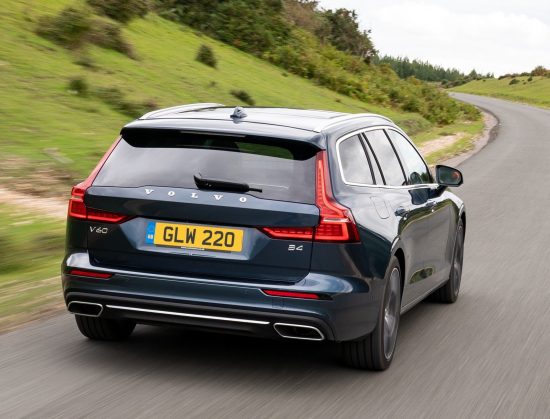 PHEVs or Recharge models as Volvo calls them are important additions to all car ranges these days as we take steps from using cars solely with combustion engines to becoming users of sole electric powered vehicles. Its steps we have to take.

Against: Becomes very expensive if options are added, some options should be standard fit for this Inscription version, fiddly touchscreen operates too many basic functions, fuel economy plummets and CO2 emissions rise if plug-in mains charging is not used regularly, ungenerous main warranty.