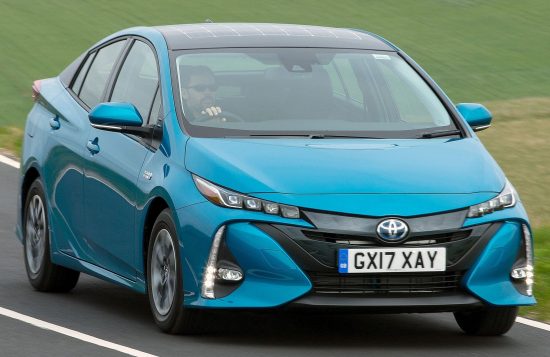 It was the first road test production car I have tested with a solar roof and it was the first test car to return over 100mpg for a full week of motoring.

The sales success of PHEVs have created the driving force for increased demand of Alternatively Fuelled Vehicles in the UK because of their official low CO2 emissions and hence low Benefit-in-Kind tax penalties for fleet and business customers as well as lower rate VED road tax costs for all drivers.

Just as long as drivers/owners have those all important registration documents which state the low CO2 figures then the tax costs are impressively low whether the drivers actually use the plug-in facility or not. 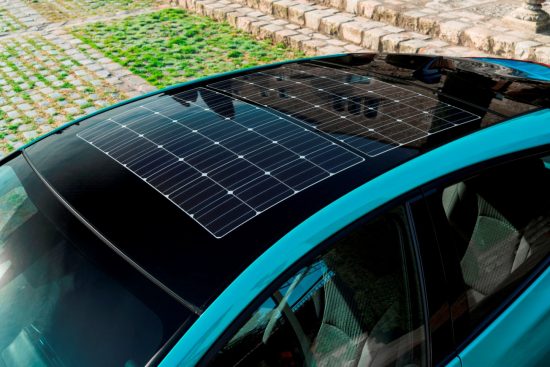 PHEVs don’t perform best for fuel economy being driven at high speeds over long distances, they perform best for shorter trips at low to medium speeds. To get close to the official figures the plug-in electric charging facility must always be used but in reality most drivers don’t always bother they just like the low tax costs.

The new Prius PHEV is capable of more than 30 miles in electric power only mode up to 84mph rather than 53mph for other Prius versions. With the EV driving range extended from 15 miles for other Prius models to over 30 miles, for ‘eco warrior’ drivers it is quite possible to use no petrol at all for short commuter trips for shopping or work providing the battery is charged from the mains electricity supply on a regular basis. 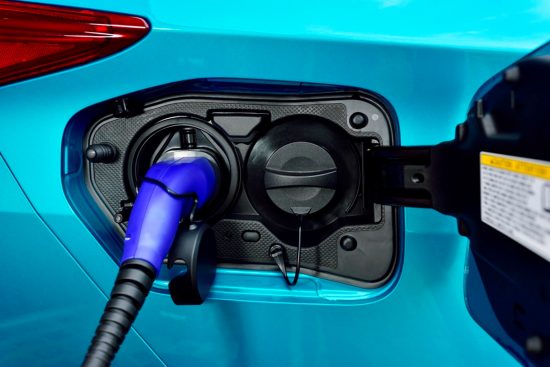 The charging speed has increased by 65% to provide a two hour full charge from public points, or around three hours from a domestic 240-volt 13amp. The lithium-ion battery has doubled from 4.4 to 8.8kW/h, volume is increased by two-thirds to 145-litres and 120kg, only 50% heavier than its predecessor. 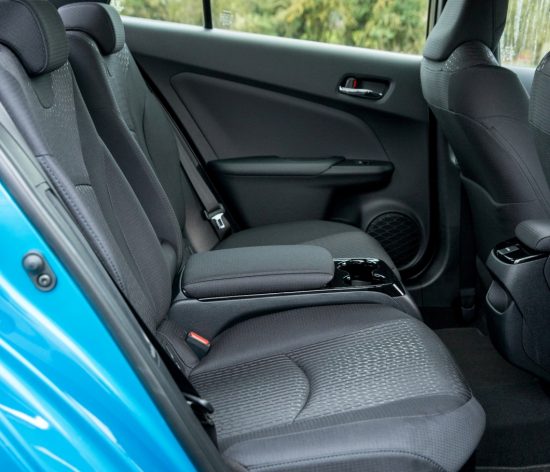 The Prius Plug-In has only two rear seats instead of three to fit an electrics console for the larger battery. Because of the larger pack under the boot, space is down to 360-litres although seatbacks can be flipped to provide maximum 1,204-litres. The fourth gen Prius Hybrid has more acceptable styling with additional aerodynamic winglets, fins and shields to guide wind over and around the sleek body.

The PHEV versions have longer front and rear bodywork overhang sections, a unique grille design at the front and the rear bodywork has been extended to accommodate storage of the electric charging cables which are stored just in front of the rear sill so they are easy to get at without unloading luggage.

There is a full width tailgate spoiler with integrated rear lights at each corner leading into the rear wings. This spoiler has a dish-shaped mid section as does the ‘double-bubble’ rear tailgate window which further speeds up unrestricted air-flow from the roof over the rear end and away minimising drag from air turbulence. To minimise drag and to provide ride comfort the Prius PHEV rides on 15-inch alloy wheels.

At this point I’ll mention the solar roof option which consists of smart looking lines of power gathering elements imprinted into the roof giving it more of a personalisation theme and for some eco-warriors that will be desirable.

The cost of £1,500 for the solar roof option is high and the added efficiency in the UK climate is minimal but it’s a good talking point. Toyota say the solar roof can provide around 400 miles of all-electric driving a year in UK city traffic, up to three miles a day. The solar roof option is available for the Business Edition spec level where it becomes the Plus variant but the top of the range Excel level does not have this option. 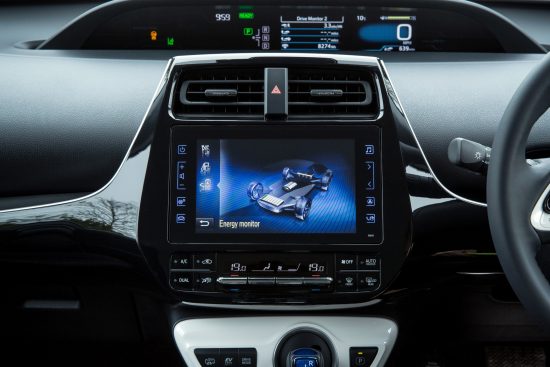 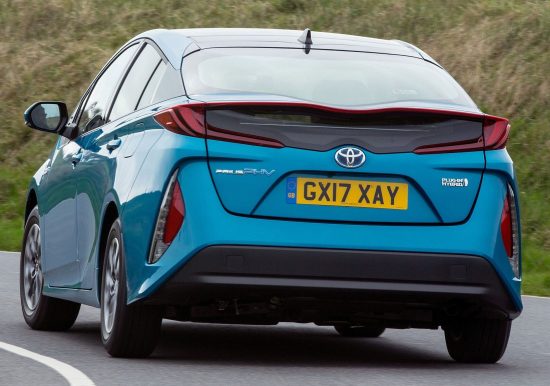 Whilst the hybrid system does away with range anxiety and copes with long journeys, I found it nicer and less costly for shorter commutes.

It is not a quick car and while the ride comfort was good, handling safe, the steering feedback felt ‘artificial’ and it didn’t provide agile handling due to 1530KG weight.

In short the new Toyota Prius PHEV has its benefits in terms of low tax costs and fuel economy potential but it also has its limitations when the electric support runs out on long motorway journeys.

Against: Expensive to buy, only four seats instead of the standard Prius Hybrid five seater versions, noisy petrol engine under acceleration once battery power has been used up, looses out in the recent VED Standard Rate road tax changes, in real-life driving conditions it still didn’t match the official Combined Cycle fuel economy figure.