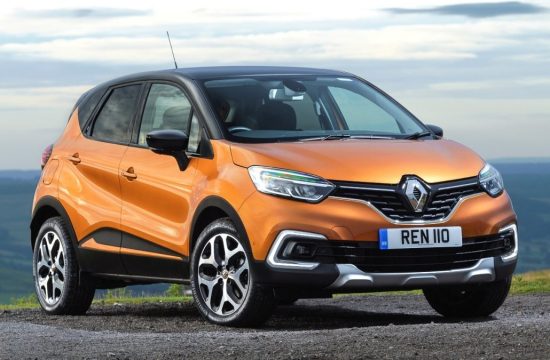 First shown as a concept compact SUV vehicle in 2011 the Renault Captur came to market in 2013 and has undergone a continuous evolution since then keeping it at the top of the evermore competitive compact SUV segment.

In 2015 and 2016 it was Europe’s best-selling B-segment SUV reaching 215,679 sales last year and although the final figures for this year will not be published for a while it is certain to remain near or at the top of the sales chart in this segment.

Its competitors are now numerous and include the Nissan Juke of which it shares many components, but there is also the impressive Peugeot 2008, Ford EcoSport, Vauxhall Mokka/Crossland X, Citroen C3 Aircross, Kia Stonic, Seat Arona, MG GS, Hyundai Kona, there are more and waiting in the wings the slightly larger VW T-Roc which arrives early in January 2018. 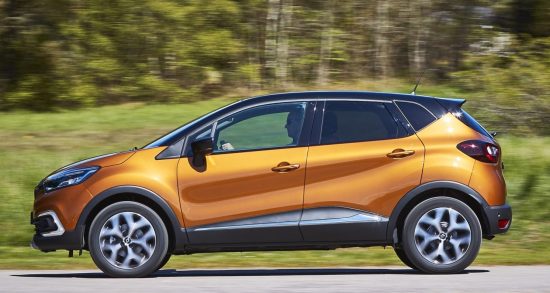 Priced from £15,615 to £24,025 on-the-road the Captur has recently undergone a range refresh to keep it competitive and relevant. It is basically a jacked up version of Renault’s popular Clio Hatchback range and uses the same platform but with a wider front and rear tracks, raised suspension, higher seating positions for improved visibility but unfortunately no 4WD option.

With a long wheelbase it offers more interior space, especially rear seat legroom and a more practical boot and load area ranging in capacity from 455 to 1,235-litres. All versions are five door models with an overall length of 4,122mm.

Although classed as an SUV all models in the 20-strong line-up are only front wheel drive but the top spec versions have what Renault calls Grip Xtend which is an advanced traction control system with mud and snow tyres.

There are five trim and equipment levels Expression+, Dynamique Nav, Dynamique S Nav, Signature X Nav and a new top of the range Signature S Nav. Needless to say there are a wide range of personalisation options and packs and more than 30 bodywork colour combinations including the striking two-tone options. There are four turbocharged engine choices with the TCe 90 and TCe 120hp petrol units and dCi 90 and dCi 110hp diesel units. The all important CO2 emissions can be as low as 95g/km and the Combined Cycle fuel economy up to 78.5mpg.

Highlights of the latest refresh in the main are about styling and equipment. There is a new front end design following that used for the larger Kadjar and Koleos Renault SUVs and these upgrades include a new grille and C-shaped LED daytime running lights. The overall styling is a long wheelbase look for its class and a mix of muscular and curvaceous styling lines, a rising waistline and rear roof spoiler. 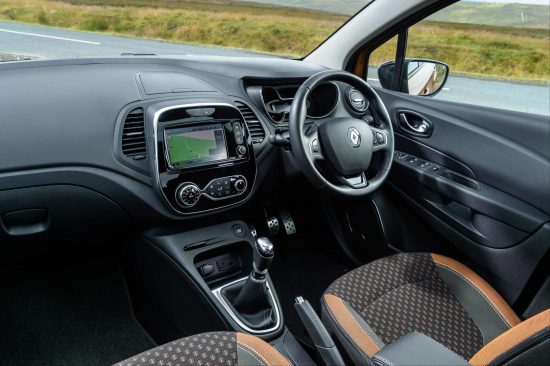 Inside there has been a general upgrading of specification and quality which will be appealing bit there are still areas of cheaper feel plastic trim and the front central armrest felt flimsy. But one of the Captur’s main strengths has been, and still is, the interior space it offers for rear seat passengers, especially the sliding 60/40 split sliding rear seat bench, the washable and removal seat covers and the height adjustable and reversible carpet/rubber load area floor. There are also large storage bins in the front door liners.

The Dynamique S Nav version I tried has additional items such as rear parking sensors, automatic folding door mirrors and full LED lights. And so the spec increases as do the prices to the Signature X Nav and Signature S Nav models where such items as Xtend traction, leather upholstery, heated front seats, front and rear parking sensors, reversing camera and an improved R-Link infotainment system which is now compatible with Android Auto connectivity. 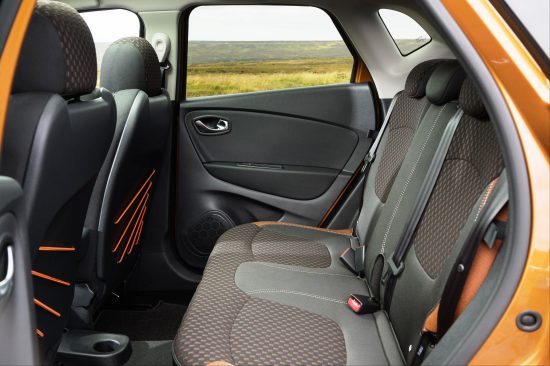 With the best selling TCe 90hp three-cylinder petrol engine, five-speed gearbox and the Dynamique S Nav spec, plus the various options, the on-the-road price was £18,455 but with options included this ended up at £20,915 which given today’s cost of buying a new car is competitive in its sector.

This turbocharged 0.9-litre turbo engine producing just 90hp and only 140Nm of torque at 2,250rpm is not going to set the pulses racing for performance. It sounds sporty enough with its distinctive three-pot cylinder growl.

The issue is, although turbocharged this unit still uses multi-point fuel injection which is now ‘old’ technology. It doesn’t offer the ‘oomph’ of a direct injection petrol unit or low CO2 emissions and cannot match the likes of the latest Peugeot-Citroen PureTech, VW Group TSI or Ford’s EcoBoost small capacity engines.

Just as I’m writing this review the Renault-Nissan-Mitsubishi Alliance of manufacturers have just announced they are bringing to market direct injection turbo petrol engines, initially four cylinder units of various power outputs. So hopefully that technology will extend to a new generation of 1.0-litre three-cylinder engines but for the immediate future the lack-lustre 0.9-litre 90hp unit I tried remains. 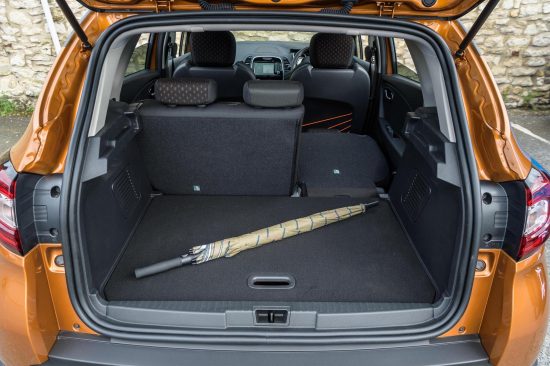 Although it lacks acceleration pace this engine is quite smooth driving at average open road speeds and around town but struggles on hilly roads and at 70mph fails to quickly pick up the pace if momentum is lost and having a five-speed manual gearbox with widely spaced fourth and fifth ratios doesn’t help.

Where the engine did score was coping with selecting a higher than normal gear ratio and using low rpm engine speed which was very useful for driving in the deep snow that fell during my road test week. SUVs without 4WD are fashion over function vehicles in terms of all weather vehicles, still how often do we get snow – a few days a year.

Officially this unit will return 55.4mpg in the Combined Cycle but my week of driving only returned an average 38.9mpg covering all types of journeys before the snow fell. The CO2 emissions of 114g/km are, given its modest power output, on the high side so VED road tax is £160 for the First Year rate and then £140 thereafter. Company car drivers will pay 21% Benefit-in-Kind tax and insurance is Group 9E which is good and probably reflects the lack of performance. 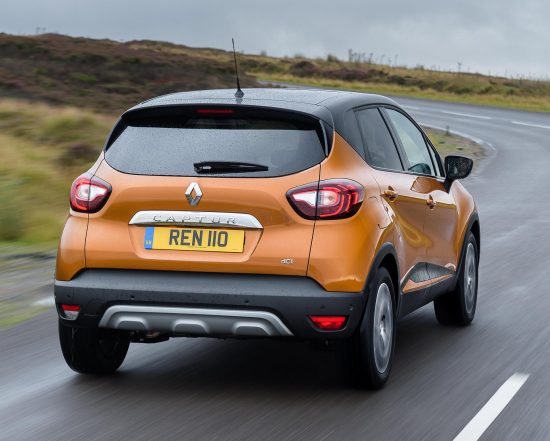 The ride comfort is compliant, a shade on the soft-side but that will please most users although it does mean the handling during cornering is not as sharp as would be ideal but it’s in keeping with the engine’s performance. Having a softer ride is however good for coping with broken and patched road surfaces during in and around town driving.

Thanks to its latest refresh inside and out the Renault Captur remains a competitive package for the large amount of customers moving to stylish compact SUVs – but only for those that can live without the security of on/off 4WD grip.