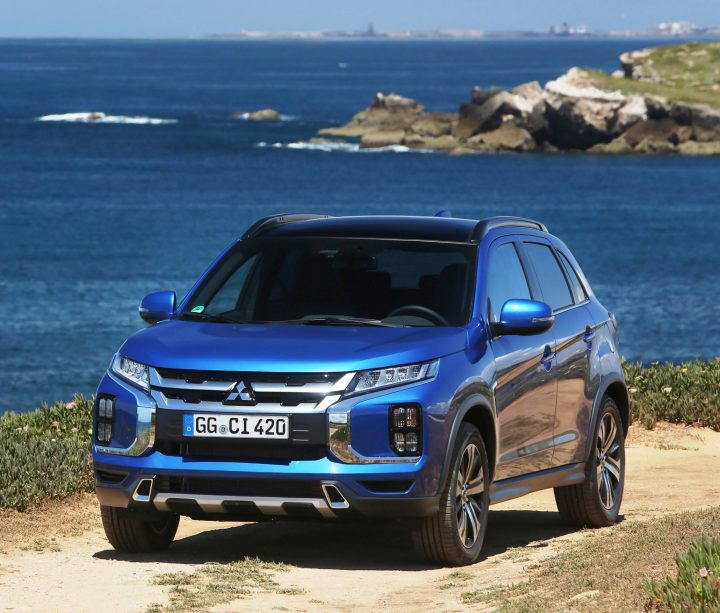 The ASX is the starting point in Mitsubishi’s SUV model line up. It is followed up the ladder by the similar sized but more modern Eclipse Cross, the Outlander large SUV which includes the best selling PHEV plug-in hybrid versions and topping the line-up is the heavyweight, durable and rugged Shogun Sport.

Throughout its lengthy current lifetime the ASX has offered 1.6-litre petrol and diesel engines plus a 2.2-litre diesel, most with 4WD and some with automotive transmissions.

For the revised and simplified 2020 model year line up the only engine on offer is a 2.0-litre petrol unit and for 2WD models only with a manual gearbox, but the 4WD version with the same engine only has a CVT auto gearbox choice. 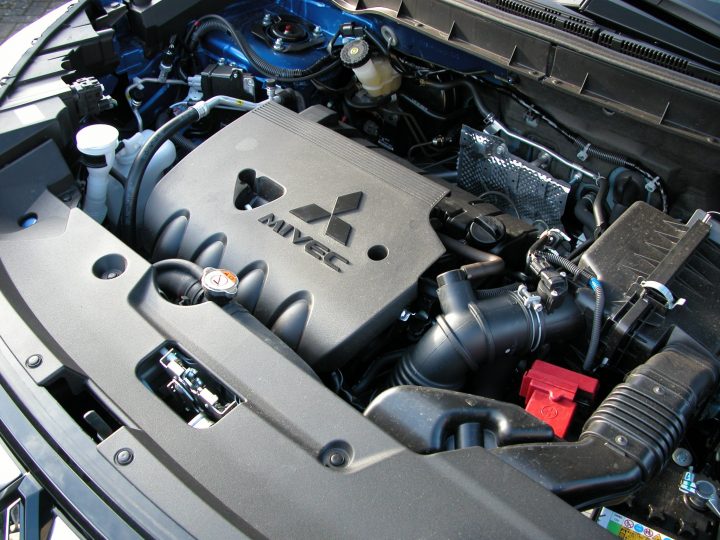 However, with 4WD and a 6-speed CVT automatic transmission combination it carries the range-topping price of £25,945.  There is the choice of Dynamic and Exceed spec levels for the 2WD manual models and Exceed only for the 4WD auto. The constituents of both spec levels, together with the enhanced safety driving functions, are higher for the latest and probably last generation ASX models.

We already know that whatever model replaces the ASX compact SUV will actually be smaller and will have lower capacity engines and will share many of the components such as the platform and powertrains, under the Renault-Nissan-Mitsubishi Motors Alliance, with the new Renault Captur and the just launching Nissan Juke.

The downsizing of the future ASX replacement is logical because it is more of less the same size as the newer Mitsubishi Eclipse Cross which offers a 1.5-litre turbo petrol engine with 163hp with 2WD manual and 4WD CVT auto models priced from £22,100 through to almost £30k.

Its competitor models are numerous but the most obvious by price are the Suzuki Vitara, new Skoda Kamiq, Citroen C3 Aircross and lower spec Nissan Qashqai models. 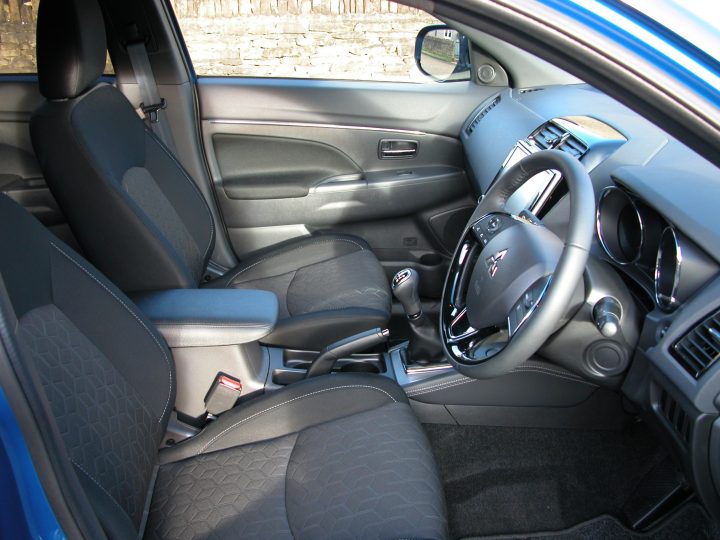 Inside it’s a logical layout, not plush but with upgraded cloth and leather trimmed elements complemented by a black cloth headlining and small detail changes such as new ergonomic air-conditioning and heater controls in piano black and silver. The centre instrument panel also has a piano black finish with a larger 8-inch Smartphone link Display Audio system than the previous 7-inch version.

The new system features smartphone connectivity including Apple CarPlay, Android Auto and DAB radio and in the Exceed it  significantly benefits by having a proper integrated TomTom sat-nav system rather than the unfriendly linked to your mobile phone function on the Dynamic spec level. 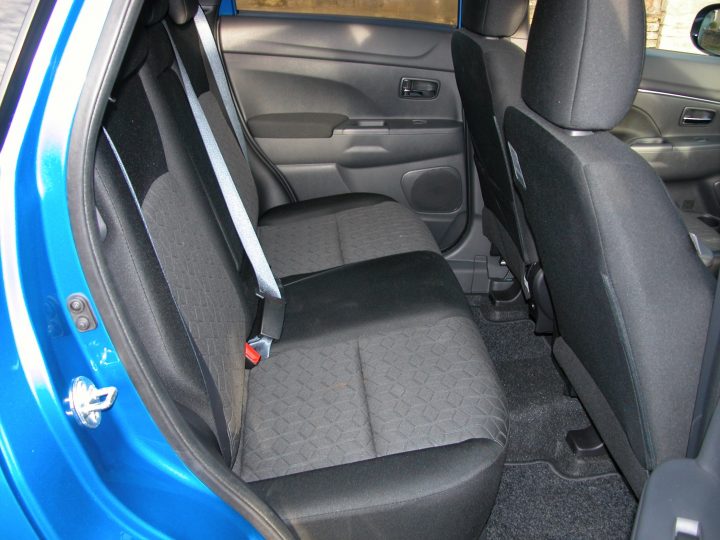 But the ASX main new specification change is the use of a 2.0-litre, 4-cylinder non-turbo petrol engine, whilst it has been used in the past in other Mitsubishi models including the Outlander large SUV, it isn’t the latest in down-sizing engine technology but it is robust, reliable and of course retuned to meet the latest WLTP emission regulations.  With 150hp that is a modest amount of power and the torque is almost modest at 195Nm, not bad in itself, but it is developed from a relatively high 4,200rpm. That means full use has to be made of the 5-speed manual gearbox to keep it in its most responsive powerband zone. Also having only 5-gears is a drawback at motorway cruising speeds when you just feel and hear it needs another sixth cog.

That didn’t seem to affect the fuel economy though for my 5-speed manual test drive model which returned 43.2mpg overall for my week’s motoring.  The official WLTP Combined Cycle figure is 37.7mpg so for fuel economy the latest ASX petrol manual version is a good performer. 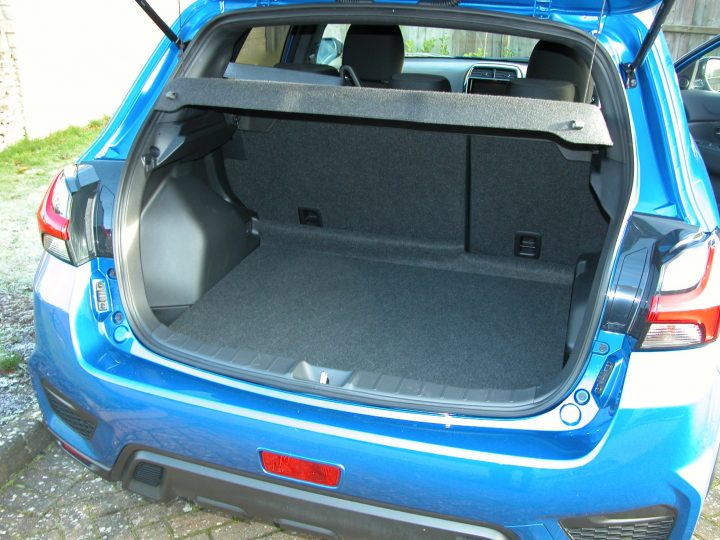 Not so good are the CO2 emissions of 171g/km so First Year VED road tax is a high cost £855 followed by the usual £145 Standard rate charge. Company car drivers will pay a high 36% Benefit-in-Kind tax.  Insurance is Group 24E.  As for performance top speed is 118mph and the zero to 62mph acceleration time is 10.2-seconds, modest but workmanlike.

Ride comfort is no better than average, impacts from potholes make themselves felt and heard on even average quality road surfaces. Its agility is good and safely capable during direction changes despite is SUV taller ground clearance. Much of that is because it uses a more costly multi-link rear suspension system which is better than a cheaper and now widely used beam axle layout. 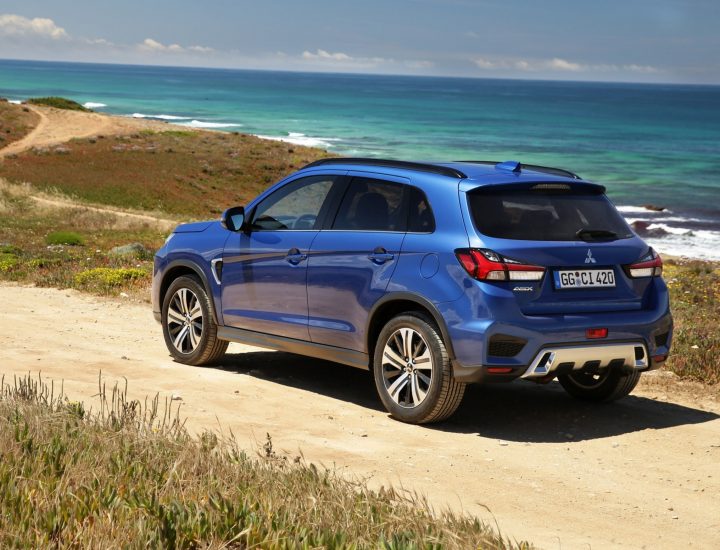 For loyal Mitsubishi SUV customers the sharp looking ASX can still be a good ownership proposition.

But it’s just unlikely to tempt conquest buyers to the brand because a lot of all-new competitor models just offer that bit better overall package of ‘reasons to own one’.

Against: Only top spec model has an integrated sat-nav, high tax costs, only a 5-speed manual gearbox not a 6-speed unit, no 4WD manual option, significant road noise and impacts from potholes transmitted to the cabin, faces strong sales competition in a congested market sector.