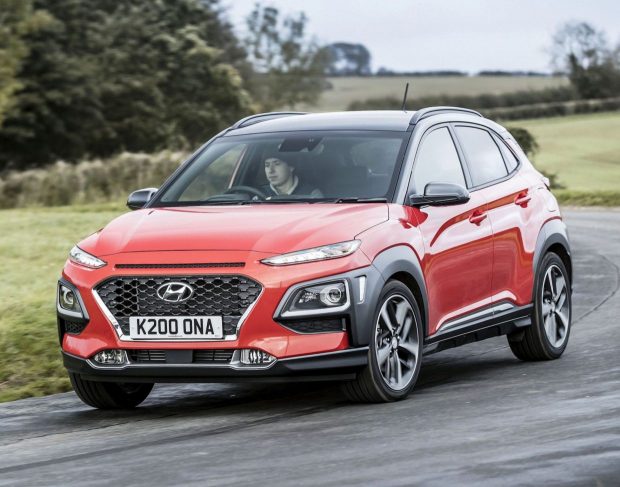 Mid-year these petrol versions will be joined by two turbodiesel engine options and what is already being described as the ‘gamechanger’ version, the all-electric Kona making its debut at this week’s Geneva Motor Show.

Why ‘gamechanger’? Well compact SUVs are very popular showing considerable sales growth as is demand for all-electric family hatchbacks.   Combine compact SUV styling with all-electric power and Hyundai should be onto a winner. The all-electric Kona is said to have a driving range of close to 300-miles on a single electric charge. Prices are yet to be revealed, estimated £26k to £30k, but their very low tax and running costs should offset the initial potentially high, for the compact SUV sector, purchase price. Like all new Hyundai models the Kona electric version will be covered by a five year unlimited mileage warranty.

But that’s in the future; now back to the here and now Kona models.   The Kona completes Hyundai’s SUV range which already consists of the medium sized Tucson and large Santa Fe models and Hyundai UK is on record as saying that SUVs could account for half of their new car sales within the next few years. They sold a record 93,403 new cars in the UK last year, just slightly ahead of their other South Korean family member Kia. 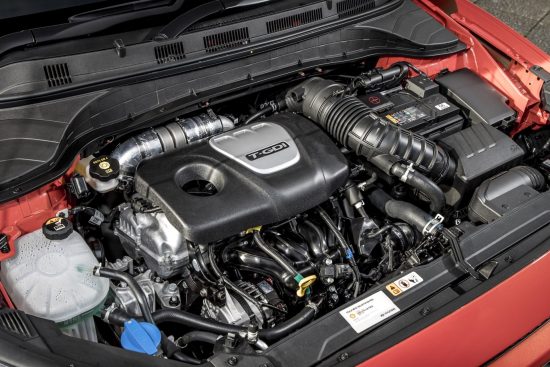 Topping the current range is the Premium GT spec level powered by 1.6-litre four cylinder engine with 177hp matched as standard with a seven-speed twin clutch automatic gearbox and four wheel drive which includes 4WD Lock and Hill Descent Control for off-road driving. This version is priced at £25,245 and has CO2 emissions of 153g/km.

The forthcoming 1.6-litre diesel units with expected 116 and 134hp outputs will also be available with a choice of two or four wheel drive and with manual and auto gearbox options depending on the engine chosen. The all-electric model is expected to be two wheel drive and auto only but that has to be confirmed. 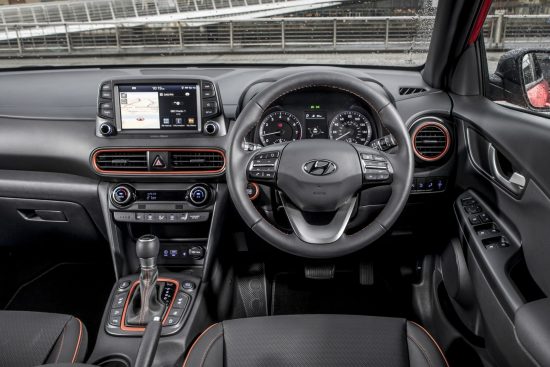 It’s definitely a buyer’s market so dealers will have to be on-form with customer attention and service to capture customers. Currently those all-important Personal Contract Purchase terms offer a variety of deposit and repayment choices but a base 1.0 S version with a £5k deposit and the £1k deposit contribution from Hyundai has a 48 monthly repayment figure of £140.53. 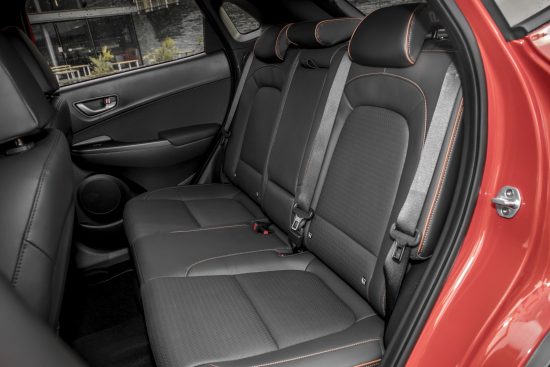 Although the main selling engine will be the 1.0-litre 120hp petrol unit with a manual gearbox and only with 2WD, because of price, my test version was the showcase model – the top of the range Premium GT 1.6 T-GDi 177hp version with its 7-speed double clutch auto gearbox and 4WD.

I have previously driven the 1.0 T-GDi three-cylinder engine in the Kia Stonic and found it likeable providing it was kept in its powerband which required considerable use of the gearbox. Let the revs drop and the momentum slowed rapidly but for commuter driving with the occasional long run it’s ideal and considerably cheaper to buy and run than the 1.6-litre unit.

The 1.6-litre turbocharged direct injection petrol four-cylinder unit with 177hp and 265Nm of torque available from a low 1,500rpm right up to a high 4,500rpm is far more muscular giving lots of engine response at all speeds even coupled with the auto gearbox and 4WD system. 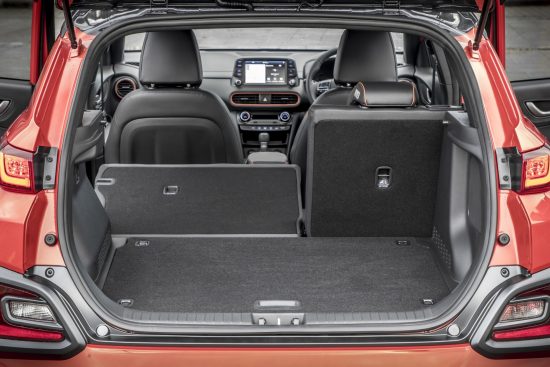 Compared to the 1.0-litre engine option it suffers from poorer fuel economy and higher CO2 emissions. The 1.6-litre 4WD model does have some gains over the 2WD model with a better multilink rear suspension system to accommodate the 4WD system rather than the cheaper torsion twist beam axle in the 1.0-litre 2WD models.

The 2WD models I’m told by my colleagues ride better on the smaller wheels of the lesser specced versions.

But best of all is the 1.6 version with its independent rear suspension which irons out all but the worst of bumps from potholes and sharpens up the handling balance added by the grip from the standard fit 4WD system. Unfortunately the tyre pressure warning light came on and remained on during my week of test driving although the tyre pressure was regularly checked and remained fully inflated to the correct pressure.

In short the Kona is an important model range for Hyundai in a very competitive and popular market sector. It doesn’t come up short on looks and specification but for now the engine choices are limited and not having an automatic transmission option for the more cost effective to buy and run 1.0-litre engine is a definite drawback. 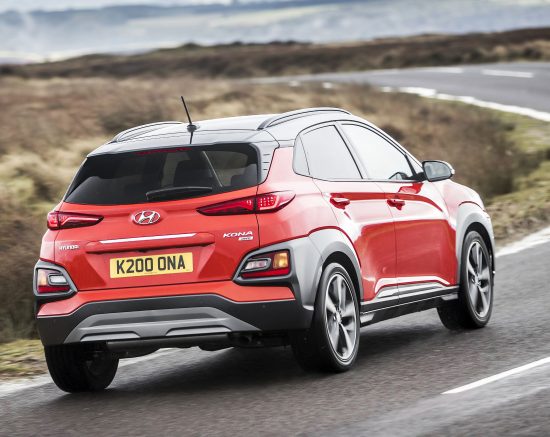 The forthcoming diesel models will bring in high mileage fleet and business user-chooser customers but the dark-horse all electric model arriving midyear should be the game-changer for the range and the one with most appeal, providing Hyundai get the price right. It should set the Kona apart from the huge array of competitor compact SUV models which the current petrol versions fail to do.

Against: 1.6-litre petrol version is expensive to buy and run, no auto gearbox option for 1.0-litre models, Autonomous Emergency Braking should be standard fit for all models, not as roomy in the rear seats or boot/load area as some competitor models, dark interior trim, faulty tyre pressure sensor on my test model.