You are here: Home / Featured / Route changes for WRGB & relaunch of art competition

The 2018 Wales Rally GB route incorporates the biggest changes since the event moved to North Wales in 2013 with a newer, earlier date and lots of new changes to the special stages from 4-7 October.

Thanks to the legislation recently adopted by the Welsh Assembly organisers are able to close the public roads to link special stages together to increase their length.  This has also enabled a special stage that links the Great Orme into Llandudno Town for the final stage.

Unfortunately, the timing of this year’s event means it falls outside the autumn half-term and children will not be able to view the friday stages but can see the thursday test and weekend forest & tarmac sections.

Starting on Thursday evening with the popular spectator test around Tir Prince, the forest stages start on Friday, with a return to the Deeside Rally Village around lunchtime for service. The event also visits Slate Mountain, beside the largest zip wire zone in Europe, Blaenau Ffestiniog, as a brand new special stage.  Saturday, now called Super Saturday, features 9 special stages in Mid Wales and over 150 competitive kilometres (93 miles) with only a tyre fitting zone for service in Newtown to give the crews a break.

Sunday sees a return to North Wales with the opening stage, Elsi having never been used on this event before. Gwydir is the all-important Power Stage where extra points are on offer for the quickest crews on this test. The event finishes on the Promenade Llandudno immediately after the crews finish the second running of the Great Orme Llandudno special stage.

Wales Rally GB has again joined forces with Toyota (GB) to launch another exciting car livery design competition for young students, with the winning entry being applied to a GT86 rally car.

Once liveried, the GT86 will be displayed within the Big Bang showcase located right at the heart of the event’s dynamic Deeside Rally Village where all the teams competing in the UK’s round of the FIA World Rally Championship are based.

Jointly coordinated by the rally organisers and the Engineering Education Scheme Wales (EESW) on behalf of the Welsh Government, the inspirational contest is open to all primary schools, secondary schools and colleges throughout the UK with individual entry categories for Key Stages 2, 3, 4 and 5.

Winners of all four categories will be invited to the Rally Village in Deeside, Flintshire where they will be presented with rally goody-bag prizes courtesy of Performance Clothing and enjoy a special behind-the-scenes insight into one of the world’s most exciting and technologically advanced sports. 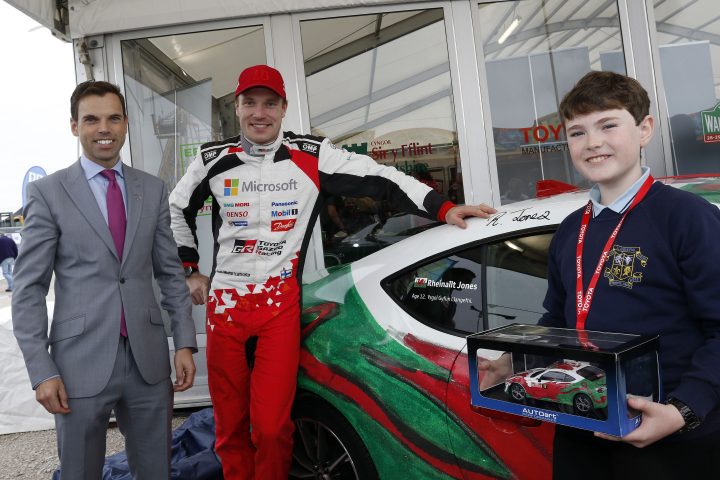