You are here: Home / Featured / Roadtesting your sex life

Romance doesn’t always take a back seat, according to a survey by Tempcover.

Surveying 1,000 drivers, all of whom admitted to intimate relations in their car, Tempcover asked everything from who they were doing it with, to why, their most favoured positions and where in/or on the car gave them the biggest thrill.

About 80% of people have taken advantage of those four seats and reliable suspension with a boyfriend or girlfriend, whilst 25% admitted to steaming up their car windows whilst cheating on their partner.

With two-thirds of participants admitting that sex in a car was spontaneous decision, 45% said that they did it to add excitement to their sex life. From laybys to multi-storey carparks, results reveal that the most popular location was a country lane, with 65% of people admitting to having sex in this location.

But where on earth are people doing it? Results reveal that drivers rated the bonnet of the car the most pleasurable, with 18% scoring it as very good, compared to the least popular area, the roof, where only 1.7% of drivers gave it the top score. Whilst the most popular position, ‘on top’ was actually ranked second for satisfaction, it was in fact oral sex that was voted the best position for pleasure, with 33% of the people surveyed giving it top marks. 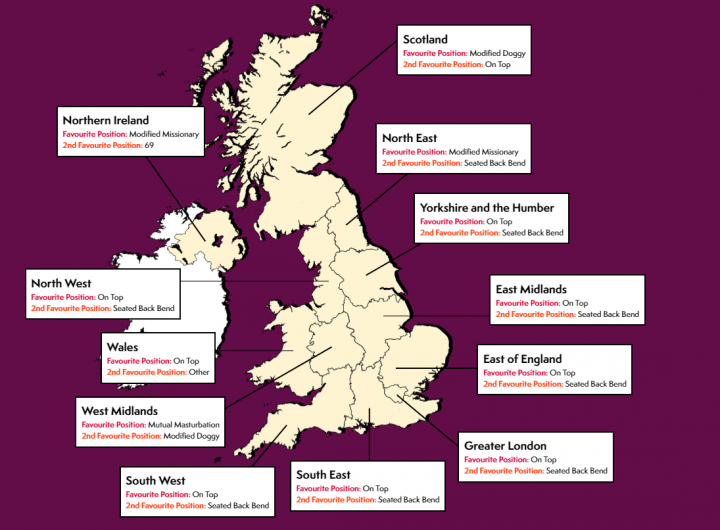 Taking sex with your partner from the bedroom to your car doesn’t come without its risks. People aged 55 and over are most likely to get caught by the police when partaking in car-based activities, when 12% of Audi drivers have been watched whilst having sex in a car.

Sexpert, Phillip Hodson commented, ‘Cars aren’t sexy because they go fast. Their real appeal is providing a mobile love-space where secret intimacies can be freely exchanged. Victorian Londoners had sex in horse-cabs with the curtains closed telling the driver to “go around the park slowly”.

Q. Why did you choose to participate in sexual activity in a car?

Q. Have any of the following things ever happened to you whilst having sex in a car?

Favourite Locations for Wales is: Layby